Mad Scenes and Exit Arias:  The Death of the New York City Opera and the Future of Opera in America provides ample fodder for the legions of amateur opera sleuths seeking to confirm their theory of “Who Killed City Opera?” 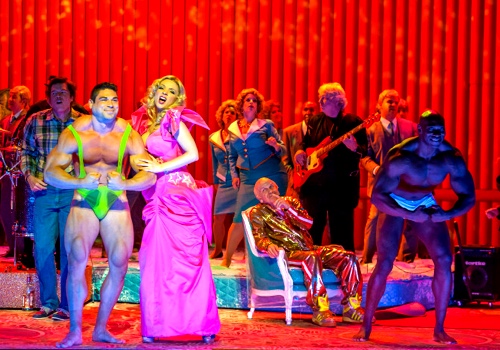 Moreover, there is enough new detail on City Opera’s final years to provide ample fodder for the legions of amateur opera sleuths seeking to confirm their theory of “Who Killed City Opera?”

Was it Paul Kellogg, who spent a significant amount of organizational time, money, and attention pursuing his $200+ million dollar dream of a new opera house just when attendance and donations were starting a precipitous decline?

Was it Susan Baker, the Chairman of the NYCO board, who appointed herself as interim manager after Kellogg and then made a series of disastrous decisions including hiring Gerard Mortier as manager and promising him an extravagant budget that was obviously beyond the company’s means?

Was it Mortier, who abandoned the company when his full budget request wasn’t available, after convincing the company to go dark for a year while the State Theater was being renovated?

Was it George Steel, who lacked the experience, and fundraising acumen to revive a company that was already in the ICU by the time he took over?

Was it the union leaders who refused to renegotiate the basic terms of their contract until the financial situation at City Opera became too dire?

Was it Beverly Sills, who lured away key donors and support to the Met when she got riled by Kellogg’s incessant complaints about the State Theater acoustics and the implication that her many performances there had ruined her voice?

Was it Peter Gelb, determined to take out his cross-plaza rival for donations and audience?

Was it Live in HD, which killed the market for ticket sales to core repertory operas?

Or was City Opera overdue for an inevitable collapse? 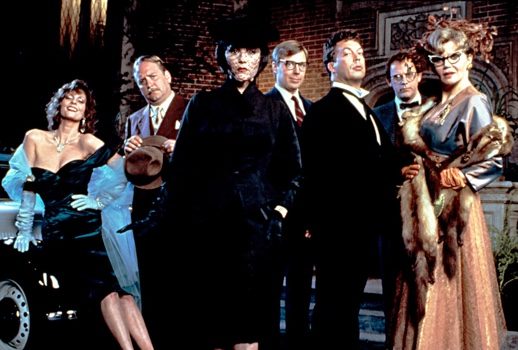 It was the lead pipe for sure.

In many ways, the roots of City Opera’s demise date back to the company’s move to Lincoln Center in 1966. City Opera was first established as the resident opera company in the City Center of Music and Drama located in the elaborate Mecca Temple on West 55th St which was built by the Shriners and turned over to the city for non-payment of taxes.

The Center’s goal was to provide a range of cultural presentations at affordable prices. Over time, the company built a significant audience and garnered foundation support and critical acclaim for its strong ensemble of mostly young, mostly American singers and adventurous repertory. At City Center, NYCO did several seasons composed entirely of American operas and gave the New York stage premieres of numerous important 20th century works.

However, given the limited stage and rehearsal facilities, lack of air conditioning and other basic amenities, the company leapt at the opportunity to relocate to the comparatively luxe State Theater.

Once at Lincoln Center, though, the company’s expenses grew. It had to pay rent and utilities for the theater; the productions from the old house looked shabby on the new stage and more elaborate productions were deemed necessary.

Most significantly, the unions representing the chorus and orchestral musicians sought parity with their counterparts at Lincoln Center.  The unions won significant increases in pay, benefits, and guaranteed number of work weeks even if they didn’t quite reach the pay levels of the Metropolitan Opera or NY Philharmonic.

Given the commitment to lower ticket prices, the company could not raise prices to the levels of the other Lincoln Center constituents. So, to use theater terms, City Opera had the cost structure of a Broadway company, but could only charge off-Broadway prices.

Fundraising was needed to address that gap. However, City Opera’s board did not attract the extremely wealthy or the societal elite that joined other Lincoln Center boards; the company and its board were seen as second tier. It also lacked the corporate donors and national donor base that the other Lincoln Center companies had.

Nonetheless, the company managed to raise nearly as much as the New York Philharmonic or NY City Ballet.  Each of these three companies raised around $20 million in 2006. (In comparison, the Metropolitan Opera, raised $114 million the same year.) 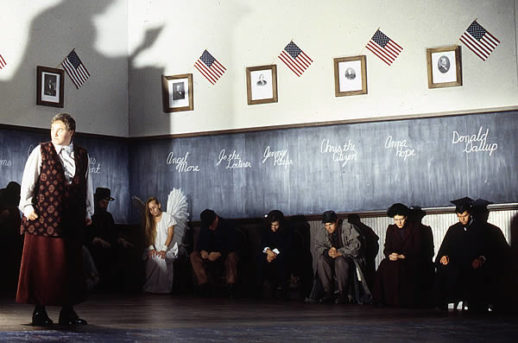 The Glimmerglass/NYCO connection at its best: Christopher Alden’s production of The Mother of Us All.

Even, this level of fundraising was insufficient for the company to pay singer fees comparable to regional US opera companies, build new productions, or have close to enough rehearsals and coaching.  Kellogg brought productions in from Glimmerglass fully paid for (at non-union prices) and nearly fully rehearsed.

However, revivals still continued to suffer from under-preparation. Subscribers soon figured out they could get single tickets to the hot new shows and avoid the many slapdash revivals.

One of the most tantalizing tidbits in this book is that during Christopher Keene’s tenure as the head of NYCO, he floated the idea of moving the company out of the State Theater to the then-dilapidated New Amsterdam Theater in Time Square.

Keene’s final production as music director and manager was Hindemith’s Mathis der Maler in the fall of 1995.  The lead and his understudy were both sick on opening night (the former acted and the latter sang from the pit.)  Bernard Holland in the New York Times encouraged audiences to attend and “overlook the mediocre orchestral playing” and “be patient with the constant muddling of the choral parts” because “Who else is going to put this opera on?”

Unbeknownst to the audience and critics, Keene was also very ill on opening night and the orchestra was doing its best to hold things together on their own.  Keene died of AIDS exactly a month after the show opened, his dreams for City Opera unfulfilled.

Waleson started attending and reviewing City Opera performances in 1988; thus, her own observations on performances and productions figure prominently in the narrative.  So, if you used to grumble or whisper “kudos” at her NYCO reviews in the Wall Street Journal, you’ll get to relive that experience all over again.

For me, her taste is much too conservative. Should critics be berating opera companies for presenting some works that they may not know or love at first hearing or even worse commissioning operas that are deemed unsuccessful?

When describing Mortier’s work at La Monnaie and Salzburg, she chooses to characterize it by citing the two of the most provocative productions in his multi-decade career: the Hans Neuenfels Cosi fan tutte featuring Karita Mattila singing “Come scoglio” while holding the leashes of two men on all fours wearing leather dog-masks and that same director’s Die Fledermaus, which had dancing Nazis and much else surgically chosen to offend the Salzburg audience.

The Peter Sellars staging of Messiaen’s St. Francois d’Assise gets a brief mention, but otherwise Waleson’s overview of Sellars’ work comes across as a dog-whistle to the Against Modern Opera Productions crowd.  There is a no indication that she saw any of the productions he created, which is quite a lacuna for a major opera critic.

To be fair, she is the Journal’s US opera critic, but one can hardly cover opera without first-hand experience of how the form is evolving outside the US.

By all means, read the book, but be aware of a certain subtext of philistinism that has lately infested arts criticism at all the major conservative publications.

So, what does this mean for opera companies in the US?

Some of City Opera’s challenges arose from being the Big Apple’s second banana opera company.  However, others are impacting opera companies throughout the US: erosion of the subscriber base and overall attendance, aging audiences, fundraising challenges, and declining interest in revivals.

Waleson shares her observations of new strategies that seem to be working: More festivals like Opera Philadelphia’s or Prototype Festival in New York. Presenting a large number of works in different venues over a short time period drives attendance upwards by attracting tourists who might not come for just one work.  Price also matters greatly and the affordable options for seeing opera keep decreasing.

New York City Opera and Gotham Chamber Opera are both gone, Opera Orchestra of New York had its last performance in May of 2016 and its website account has been suspended.  There is a reborn City Opera formed after much legal wrangling from a new company and the remaining assets of the previous one.

Can it succeed? It doesn’t yet feel like an essential part of the New York City cultural landscape which, for all its ups and downs, the original City Opera most certainly was.