La Cieca is almost certain that Diana Damrau will not appear at the Met this fall for La traviata. 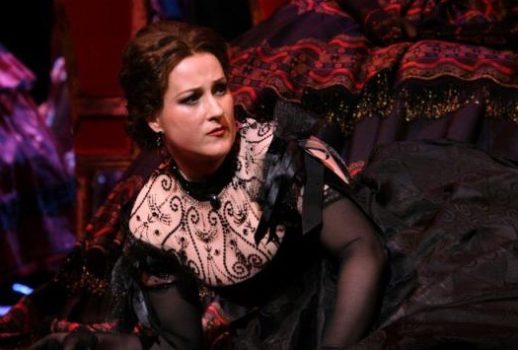 Now that Diana Damrau has withdrawn from Les Huguenots at the Opéra de Paris (and congratulations to Lisette Oropesa, who is jumping in to make her role debut as Queen Marguerite!), La Cieca is almost certain that Damrau will not appear at the Met this fall for the scheduled new production of La traviata. After the jump, a prediction of how this snafu may be resolved.

Damrau will cancel the Met Traviata.

Pretty Yende will be pulled from the revival of Les Pêcheurs de Perles and will sing her first Violetta in the Met’s new production.

Nadine Sierra will sing Leïla (all but the final performance of the run, when she is scheduled to perform a concert with Andrea Bocelli).

Your doyenne will add to all this guesswork the prediction that these details will be officially announced right around Labor Day.