Of all Handel’s oratorios, Semele begs most to be staged. 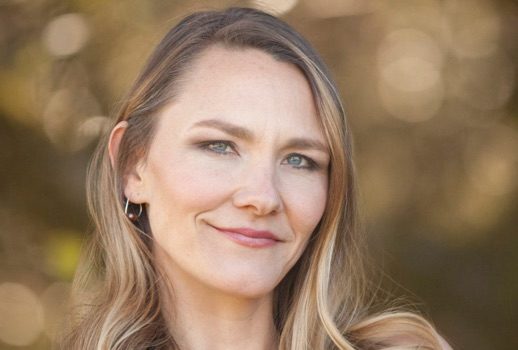 Silvie Jensen, queen of the gods in San Francisco.

This year marked the ninth annual American Bach Soloists Festival and Academy, which the program proudly called “San Francisco’s Summer Bach Festival”. Over the years, ABS had been bringing some rarities as the highlights of the Summer Festival to showcase the ABS Academy, “an advanced training program for emerging professionals and accomplished students of historically informed performance practice” as mentioned in their website.

Those highlights included the North America premieres of Biber’s Missa Salisburgensis in 2013, Marais’ Sémélé in 2015, and Handel’s serenata Parnasso in festa in 2016. Last year they did a very entertaining version of Purcell’s King Arthur and just last Thursday they presented a familiar “secular” oratorio, Handel’s Semele.

This piece had a troubled genesis. By 1744, Handel had ceased writing operas (his last one, Deidamia,came out in 1741) as the London crowd was getting tired of Italian operas. He had focused on writing oratorios as entertainment during Lenten season. It was very peculiar that in 1743, he decided to adapt the story of Semele, mother of Bacchus from Ovid’s Metamorphoses.

The libretto was written by William Congreve originally set to music by John Eccles’ opera of the same name. It was premiered during the Lenten season of 1744, and it might have been quite a shock for the audience expecting Biblical stories, so much that only four performances took place.

That was quite a pity, because on its own, Semele had all the necessary ingredients for a successful opera; a substantial plot, interesting (and rather narcissistic) characters, character developments, chock-full of hit arias and important moral lesson at the end. And which self-proclaimed coloratura divas wouldn’t want to sing “Myself I shall adore”, the most narcissistic song in all opera history, while showing off her ability to climb up and down the musical scales?

In fact, of all Handel’s oratorios, this one begs to be staged the most, in my opinion, particularly the first act.  The four major characters (Semele, Ino, Cadmus and Athamas) spent pretty much the whole act stressed; Semele didn’t wish to marry Athamas (because she fell in love with Jupiter), Ino was jealous (because she herself was in love with Athamas), Cadmus didn’t understand why his daughter didn’t want to get married, and Athamas was just confused.

In a concert-style, it required a little action, or at least some facial expressions to bring the plot to life. Unfortunately,  the four singers were rather glued to their score.

Besides that, they didn’t sing particularly well. Bass Constantine Novotny had a booming sound, ideal as Cadmus. Milena Gligic’sdark mezzo brought an intense jealousy to her reading. I was rather disappointed with countertenor Sam Siegel, underpowered and drowned by the orchestra quite a lot.

As the larger-than-life title character. Arwen Myers sang well enough as Semele, but emotionally was limited to a single note of timid anxiety. “Ah me! What refuge now is left me?” turned into a cry of helplessness and unfortunately, the shimmering climax “Endless pleasure, endless love” came and went without leaving much impression.

Things got significantly much better with the arrival of Juno and Iris in Act 2. Decked in gold dress and headband, Silvie Jensen as Juno looked more like a disco queen from the 70s rather than the queen of the Gods. Although her voice might not have the weight of the world’s greatest Junos, it retained some lightness and thus, her Juno was more playful rather than vengeful.

This was particularly evident in her rendition of “Hence, Iris, hence away,” one of my favorite arias from this piece. She also gained good rapport with the Iris of Emily Yochum Black, whose bright, darting Iris was one of the highlights for the night for me. “There, from mortal cares retiring”, her first aria that opened Act 2 felt as fresh as morning dew. It did help a lot of that both Jensen and Black acted well with their facial expressions.

Myers’ portrayal of Semele was effective in the second scene of Act 2, the “love scene” with Jupiter. Her “O sleep, why dost thou leave me” was very heartfelt. I liked Chase Henry Hopkins as Jupiter; tall and handsome with bright voice, he made a tender and amorous Jupiter, particularly in the beautiful hit aria “Where’er you walk”. This Jupiter clearly cared for the mortal Semele. Although, I would understand too if others preferred a more ballsy Jupiter! Madeleine Matej made a playful Cupid in this scene.

After intermission, came the most comic and fun scene of the night, the “molestation” of Somnus. Here, Graham Bier performed the drowsy god with great comic timing, and his interaction with Juno and Iris was truly funny. Somnus sang “Leave me, loathsome light” while keeping falling asleep, and he only truly wake up with Juno mentioned Pasithea’s name. I found that well done and very effective.

Not to be outdone, Myers really stepped up her game to deliver the great aria “Myself I shall adore” in the next scene. Surprisingly performing withou ta mirror, she sang this while posing and touching up and down her hair and face, essentially breaking the fourth wall. The audience responded well to her, and she got a great cheer after the song. Juno (as Ino) too, broke the fourth wall while delivering her recitative “And sure destruction will ensue. Vain wretched fool, adieu!” that left the audience roaring!

From there on, it was pretty smooth sailing till the end. Kudos to Jeffrey Thomas for leading the orchestra with confidence and clarity. His conducting wasn’t as aggressive as a lot of European period-instrument leaders, but I got a sense that he guided the singers really well. I really loved the chorus too, they blended really well and sang will full and rich tone.