Erin Wall was an elegant, warm, and sensitive Arabella. More than 80 years after its Dresden premiere, Arabella – the last collaboration by Richard Strauss and Hugo von Hofmannsthal – has finally made its way to the Canadian Opera Company, opening the 2017-18 season.

This co-production with Santa Fe Opera and Minnesota Opera sees the return of director Tim Albery, whose last work at the COC was his updated production of Aida. This production also updates the story from its original 19th century setting, moving it to pre-World War I Vienna. Like Robert Carsen’s Der Rosenkavalier, it sees the story through the lens of a world on the brink of historic change and upheaval. Tobias Hoheisel’s elegant, monochromatic sets and costumes suggest hints of decay – an era in its dying days.

The Waldner family at the centre of this opera is also in decay. Their wealth gone, bills piling up, and any available credit lost in gambling by the insatiable patriarch, the members of the family struggle to maintain a veneer of respectability. Count and Countess Waldner have responded to their financial situation by focusing their resources on their eldest daughter, the fetching Arabella, and investing their efforts into finding her a wealthy suitor.

The casualty of this strategy is their youngest daughter, Zdenka, a tomboy in her youth, who has been raised as a boy, and is made to dress as a footman. The family simply cannot afford to bring two young women into Viennese society.

The parents respond to their situations in different but similarly desperate ways. The father (an affable John Fanning making his company return after an 11-year absence) has sent letters to his old army friends, asking for help. He has rested his hopes with his old and extremely wealthy friend, Mandryka, even including a photograph of his eldest daughter in hopes of enticing him to take her as his bride.

His wife, the Countess Waldner (played to perfection by Gundula Hintz) places all her faith in the hands of a fortune teller (Megan Latham) who plays to her twin hopes: a wealthy older aunt and her daughter’s prospects of a wealthy husband.

Arabella (Erin Wall, making a welcome return) has three suitors on the go in addition to a fourth, discarded one – the high-strung Matteo (Michael Brandenburg). The plot is complicated by her younger sister’s infatuation with Matteo. Desperate to keep his company, Zdenka (Jane Archibald) encourages his obsession with her older sister, even forging a letter in her hand.

The opera’s plot is set in motion when the nephew of Count Waldner’s old, army friend, Mandryka shows up with the photo of Arabella that her father had sent to his uncle. He has inherited his uncle’s immense wealth and has conveniently fallen in love with the woman in the photo. She, in turn, is struck by the sight of him outside of their hotel.

The two meet and fall in love at a big ball with lots of champagne, leading to a fateful case of mistaken identity which threatens to unravel the couple’s betrothal. Fortunately, everything is cleared up, Arabella brings Mandryka a glass of water (don’t ask), the family’s fortunes are reversed, and poor young Zdenaka comes out as a girl and gets her guy.

Like its older sister, Der Rosenkavalier, this score presents a challenge for a conductor, alternating delicate, lyrical passages and bustling, spirited ones, with hundreds of notes competing to be heard. These raucous sections can easily turn into a cacophony of noise and overwhelm an essentially light story. Conductor Patrick Lange led a nimble performance, allowing the orchestra to soar without engulfing the singers. The COC Orchestra responded expertly, taking obvious delight in the score.

Wall was an elegant, warm, and sensitive Arabella, singing radiantly throughout. Her dignified bearing could have used a touch more confidence, and the long phrases occasionally threatened to push the limits of her breath control. But she ultimately triumphed in a role that fits her vocally and temperamentally.

Tomasz Konieczny gave the stand-out performance of the cast, presenting a fully realized Mandryka. He was clumsy and self-conscious in the face of social graces, confident when flaunting his wealth, insecure when meeting his future bride, and exhibited a hint of danger when unravelling at the end of the second act. Vocally, he brandished his robust, bright bass-baritone with thrilling assurance. I hope for a return engagement.

Archibald gave a sympathetic performance of great feeling. Her airy, luminous soprano has float for days, though I would like more silver in the tone. She blended beautifully with Wall in their famous first-act duet.

The tenor roles in the piece are famously thankless. Brandenburg displayed an anonymous tenor with strong high notes and he valiantly handled the ungrateful music. As Count Elemer, Corey Bix displayed a powerful tenor and made a similarly valiant vocal effort.

The character of Fiakermilli can come off as annoying and is a difficult sing to boot. Soprano Claire de Sévigné overcame the vocal and dramatic challenges, delivering a performance of substantial charm.

Albery’s direction was astute if not memorable. The story was told clearly and the characters’ interactions were well-directed. There was no attempt at commentary.

Going into the performance, I thought about this sentimental story, old-fashioned even at the time of its composition, and how it might relate to a contemporary audience. The principal draw is the story’s romantic sweep and the brilliant music which Strauss gives it.

But its resonance lies in its flawed characters. The parents are selfish and reckless, but they also love their children and stand by them in moments of crisis. Arabella is proud and superficial, especially at first. But in the third act, when Zdenka’s indiscretion comes to light – threatening to compromise Arabella’s reputation and her engagement – her only concern is to protect her younger sister. When faced with the possibility that his fiancée has slept with another man, Mandryka still acknowledges Matteo’s honourable behavior.

In fraught times, one hopes to be surrounded by people who can be counted on doing the honourable thing when it matters. 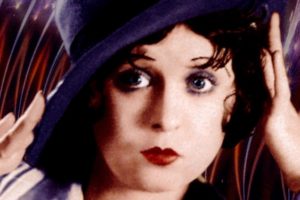 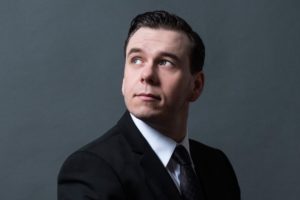 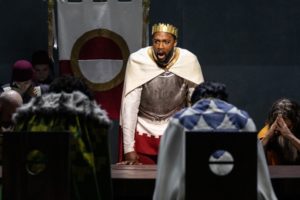 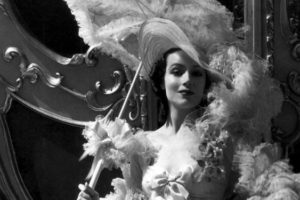 Orchid in the moonlight