A week from tonight Franz Welser-Möst brings the Cleveland Orchestra and Chorus to Carnegie Hall for a rare performance of Schubert’s Mass No. 6 in E-flat Major, D 950. 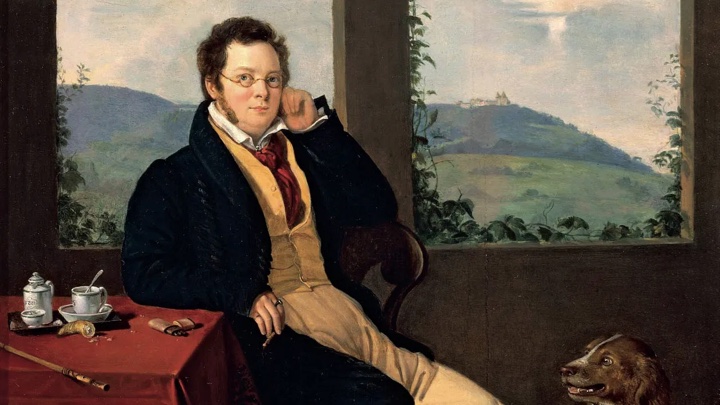 Chris’s Cache offers a preview with a pair of Schubert Masses (including the D. 950), both conducted by Riccardo Muti and featuring Krassimira Stoyanova, Rosa Feola and Michael Spyres among the nine soloists.

During his short life, Schubert was astonishingly prolific. Many will be most familiar with the songs and symphonies, but he composed a good amount of church music including seven masses, a requiem, along with numerous shorter sacred works.

Before the Cleveland performance on 18 January, the hour-long D. 950 was last performed at Carnegie in 1997 when Wolfgang Sawallisch conducted it with the Philadelphia Orchestra. Carnegie Hall also hosted a performance of D. 678 (today’s second offering) with Pinchas Zuckerman conducting the St. Paul Chamber Orchestra in 1981.

To sample other aspects of Schubert’s art, check out when Trove Thursday presented his opera Alfonso und Estrella conducted by Nikolaus Harnoncourt, along with Miah Persson performing Der Hirt auf dem Felsen, as well as six of his lieder orchestrated by other composers sung by Gerald Finley. Another program of orchestrated songs performed by René Pape remains available too.

Both masses can be downloaded by clicking on the icon of a cloud with an arrow pointing downward on the audio player above and the resulting mp3 file will appear in your download directory.