“Trove Thursday” features a great composer who had little success on the stage—Franz Schubert. 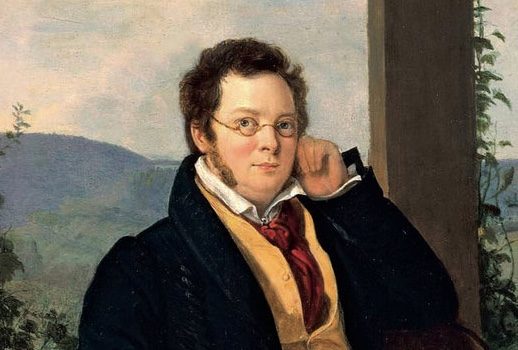 While the big US houses begin their new seasons with mostly standard fare (Cav/Pag, Bohème, Aida, etc.) “Trove Thursday” swerves in a different direction to feature a great composer who had little success on the stage—Franz Schubert.

First, we have his full-length opera Alfonso und Estrella with Dorothea Röschmann, Kurt Streit, Hanno Müller-Brachmann and Christian Gerhaher conducted by Nikolaus Harnoncourt, followed by two bonuses: some of his greatest lieder in orchestrated versions performed by Gerald Finley and Miah Persson.

Although Schubert died at 31 he left a vast number of compositions including more music for the theater than many realize although a number of works were left unfinished and both his major operas Alfonso and Fierrabras were not performed until decades after his death.

The latter is occasionally staged; in fact. it was mounted earlier this year at La Scala conducted by Daniel Harding in a production by Peter Stein which starred Röschmann. There’s also a DVD of it featuring Jonas Kaufmann from the years when he was on contract at the Zurich Opera.

Of all Schubert’s vocal works, of course the hundreds of lieder are far better known than the operas and singspiels. As one can see from the Finley program a number of important composers were moved to arrange some of the best known songs for voice and orchestra. Finley who with Peter Mattei is my favorite baritone today performs his seven selections gorgeously (imho).

Each of these three Schubert track scan be downloaded by clicking on the icon of a square with an arrow pointing downward on the audio player and the resulting mp3 files will appear in your download directory.