Do you ever wonder how easy it is to invent a Christmas tradition? 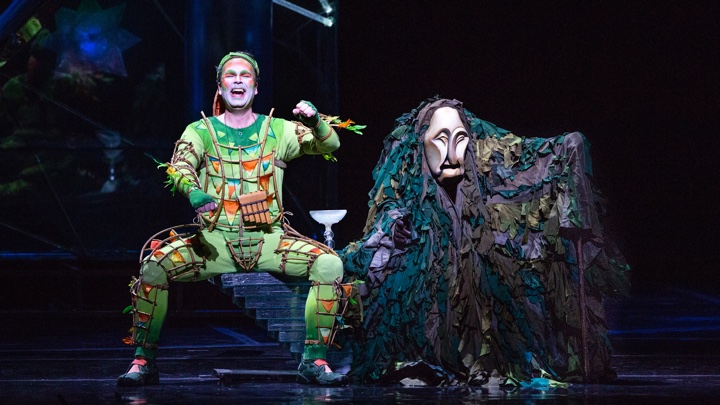 I do. Every year as tweets riffing on the “Elf on the Shelf” toy sweep across the internet, I’m left asking, “is it just me, or is this a totally recent concept?” And, in fact, it is. The Elf on the Shelf was invented in 2005—for a children’s book subtitled A Christmas Tradition, in a transparent but successful attempt at gaslighting the whole of America into believing that Christmas just isn’t Christmas without the purchase of a posable Santa-fied surveillance camera.

This digression is really just to say that the more the Met Opera insists that their truncated English-language presentation of The Magic Flute is an indelible, beloved, fun-for-the-whole-family, New York City Christmas Tradition, the less I believe them. In fact, J.D. McClatchy’s muddled, arbitrary libretto and Julie Taymor’s busy, unpleasant production lend neither the sparkle of family fun nor the heft of tradition to this Flute, and while the quality of the singing on Friday was good, the overall effect was hardly one of holiday magic.

What cannot be denied is that people are bringing their children to see The Magic Flute at the Met. What I don’t understand, having now watched it surrounded by red velvet booster seats, is: why? Where the uncut, German version of the opera is concerned, Taymor’s production is being replaced this very season, but it seems likely that her articulated puppets and plexiglass cubes will live on in these children’s performances. This production’s status as holiday children’s theater is baffling, but it’s only one of many baffling things about it.

Why, for example, fill the stage with that plastic, postmodern cubes-within-triangles-within-spheres box on a massive turntable, only to—twice—disassemble and then reassemble it, clankingly, behind a curtain? Why, in a medium that so often cannot avoid staging difficult representations of orientalism and racism, insert yellowface and, arguably, blackface into an opera that need not involve either? 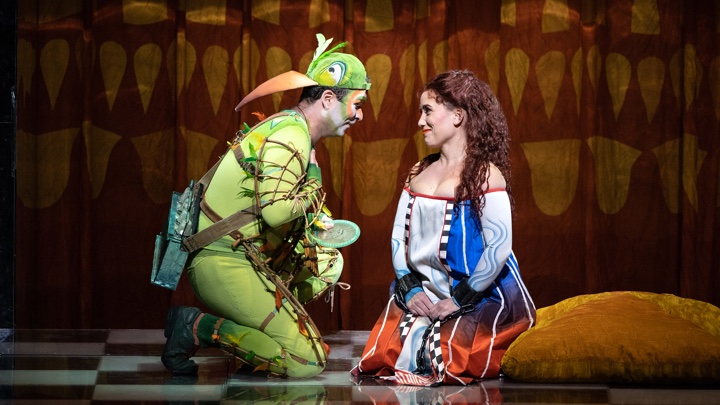 If the production design was uncomfortably loud, the cast had the opposite problem; with a couple of exceptions, they gave performances that were in some way or another low-key. Ben Bliss, for example, managed to project some amount of charm through Tamino’s kabuki face paint, but struggled to similarly project his beautifully lyrical voice through the unforgiving space of the Met.

Aleksandra Olczyk, on the other hand, in her Met debut as the Queen of the Night, was heard with ringing clarity, but was hampered by being the only member of the cast to struggle with the English libretto. Nevertheless, the young audience clapped happily for her vocal pyrotechnics—and tittered in delight at the vibrationally low notes of Solomon Howard as Sarastro.

Jessica Faselt, Megan Marino, and Carolyn Sproule were given little opportunity to connect as the Ladies, as the production calls for them to paint their faces an uncomfortable shade of black and half-puppet the roles with a set of Modigliani-inspired masks. Although they handled the masks gamely, their sound was not as blended as it could have been—a slight disjointedness that was helped neither by the overly fussy staging, nor the middle of the road conducting of Duncan Ward. 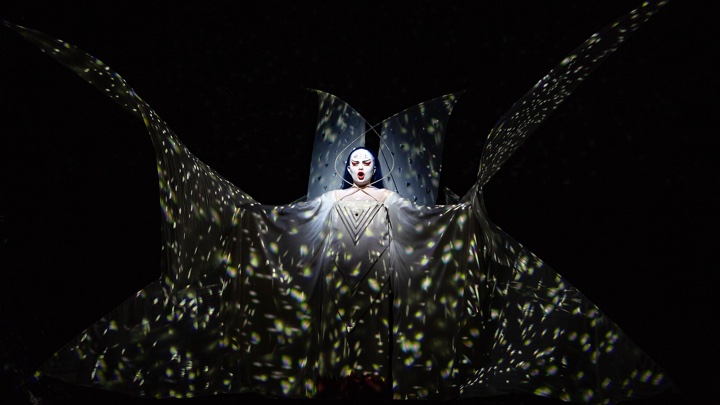 As Pamina, Joelle Harvey was plucky if a little one-dimensional, which was in part the fault of the material (am I right to feel that this adaptation cut more than Pamina’s fair share?). Her “Ach, ich fühl’s” was characteristic of this flatness, with a lovely, poignant line of voice, but little emotional heft.

In fact, the cuts in the libretto created an oddly rushed atmosphere for the performance as a whole, with the opera’s events unfolding entirely arbitrarily, at times even undercutting the music itself. Moments of beautiful, expressive singing, like Pamina’s aria or the eerily beautiful trio of boys (Michael J. Yi, Julian Knopf and Henry Baker Schif), were hurried abruptly into scenes of clunky spoken dialogue without space for reflection.

Only Joshua Hopkins as Papageno seemed to insist on taking his sweet time. Hopkins shone a little brighter and, yes, sang a little louder than most of his stage partners, but the real value of his performance was his confidence in his own ability to connect with the audience. It’s no coincidence that the performer who seemed the most comfortable in his role was also the only performer in this entire (ostensibly comic!) opera to get a laugh.

When, for example, Hopkins’ Papageno played his magic bells, he first cradled them one-armed on his shoulder, aping a boom box—cue laughter from the adults in the audience—and then set them down to do a dance move that went viral online in 2016—cue laughter from the kids in the audience. It was a perfectly calibrated bit of schtick, built like the Haribo gummy slogan: “Kids and adults love it so!” 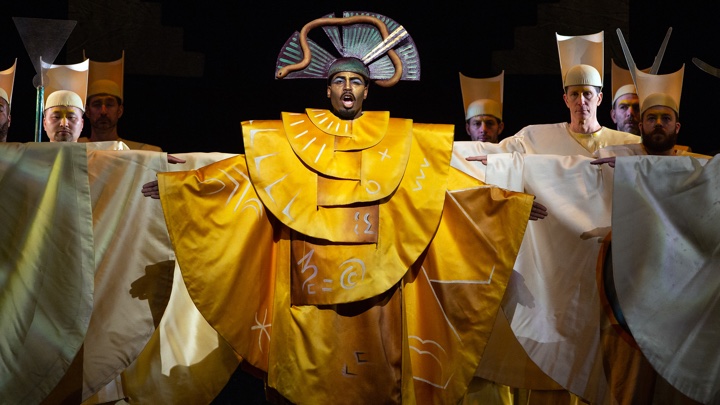 Maybe this wasn’t the evening’s only moment that felt staged with real awareness of its audience, but it was certainly the only one that at a remove of a few hours sticks in my mind. For the most part, this staging seems to have been labeled “family fun” as an after-thought, with none of the care and specificity that characterizes the best opera, comedy, and children’s media.

Indeed, the Met’s Magic Flute fundamentally betrays its lack of understanding of children’s media in its runtime. Most kids’ movies do not exceed 90 minutes, because kids famously have small bladders and smaller attention spans. At just shy of two hours with no intermission, The Met’s Flute accumulated an audience of crying babies, squirming toddlers, and whispering adolescents. If the aim was a one-act opera, more material needed cutting. If the team was happy with their two-hour cut, the performance needed an intermission.

This lack of attention to the needs of its stated audience is, it seems, the most consistent theme in Taymor’s jumble of a staging. In fact, whether The Magic Flute is even suitable for children has been questioned with past revivals of this production. Attempted rape, attempted suicide, and truly toxic misogyny abound, even in the edited and re-translated form performed at the Met.

I myself loved The Magic Flute when I was a kid; it would be hypocritical of me to dismiss it as purely inappropriate for youngsters. But this adaptation and staging conveys none of the magic and the glamor that attracted me to this opera when I was an elementary schooler trying to squeak “Der Hölle Rache” for my friends on the playground. If this super-classic, super-legit Met Opera holiday tradition were so classic as to have existed then, I suspect I would have been left about as cold as my adult self was last night.