For those who relish 17th and 18th century vocal music, the annual visits to the Morgan Library by the singers and instrumentalists of the Boston Early Music Festival invariably guarantee delight 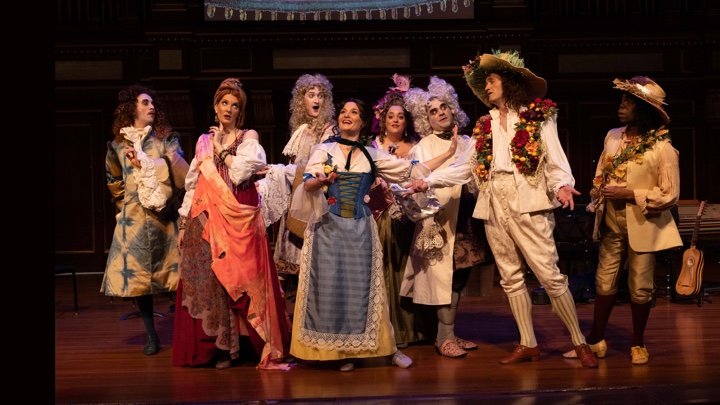 The organization has long made it part of its mission to present chamber operas. Over the years, it has brought several to New York, as well as recording brief delicacies by Lalande, Charpentier, and Blow for the CPO label. This past weekend BEMF arrived with a charming semi-staged double-bill of two slight French rarities: Lully’s Idylle sur la Paix and Charpentier’s La Fête de Rueil.

The works are pieces d’occasion composed in 1685 to mark the Truce of Ratisbon which the previous year ended a long war France fought against Spain and the Holy Roman Empire. Though the cease-fire lasted only a few years before Louis XIV started another war, there were elaborate celebrations of the much longed-for peace. Both the Lully and the Charpentier are outrageously sycophantic works dedicated to Louis commissioned by ambitious courtiers anxious to curry favor.

Lully’s accomplished its goal, but Charpentier’s seems to have never been performed during the composer’s lifetime. The opposing fates of these works reflect their creators’ luck in life: Lully enjoyed nearly unparalleled success and power, while Charpentier struggled mightily. But based on Sunday afternoon’s performances, the latter’s Ratisbon tribute is the finer work.

Anyone who has listened to or seen a tragédie lyrique by Lully or Rameau will recall a prologue preceding the opera proper; Idylle sur la Paix and La Fête de Rueil both resemble those fanciful introductions filled with infectious dance music. 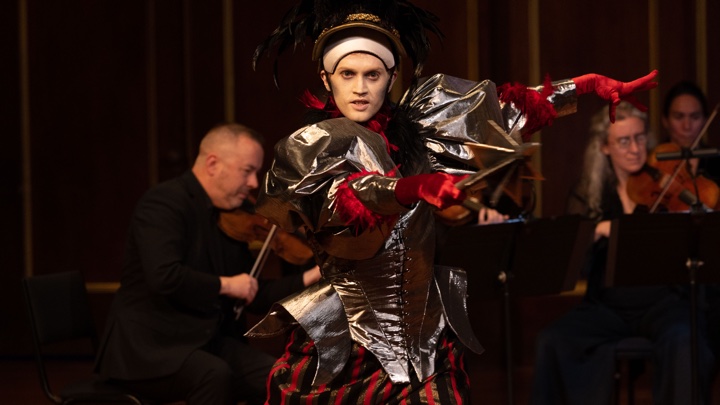 Charpentier’s Fête proved richer both musically and dramatically. Before capitulating to the pragmatic requirement of praising Louis, the libretto by “Une personne de Qualité” relates the romantic dilemma of the shepherdess Iris who’d rather enjoy the delights of her perfect garden rather than be adored by lovesick shepherd Tircis.

An Egyptian soothsayer (!) appears to predict that she will eventually succumb to love, but the independent Iris swiftly dismisses that notion. The god Pan interrupts to bring the subject back to the current Peace and leads all in choruses of gratitude that even mention how the long-dead Richelieu would be pleased with how magnificent Louis’s court has become.

However, the afternoon’s two standouts were new to me. As an enchanting Iris, Danielle Reutter-Harrah and her limpid, crystalline soprano opened Fête with a graceful ariette accompanied by haunting traverse flutes. Jovial bass-baritone Jonathan Woody (aided by Gilbert Blin’s amiably antic production) provided an appealing respite from the sopranos and haute-contres.

The Morgan’s printed program contained a bounty of more than 12 pages on the musical and historical background of these two slim paeans to Louis.  If the afternoon didn’t reveal a pair of unjustly neglected masterpieces, it did remind New Yorkers that they must once again thank visitors from out of town for such delicacies. Opera Lafayette from Washington, DC returns in early May to the Museo del Barrio for its own French baroque double-bill: Rameau’s Io and de la Garde’s Léandre et Héro.

In Boston in June, BEMF’s chamber opera features a return to Caccini’s La liberazione di Ruggiero dall’isola d’Alcina. which it performed at the Morgan last year.