Countertenor Aryeh Nussbaum Cohen's star is surely on the rise. 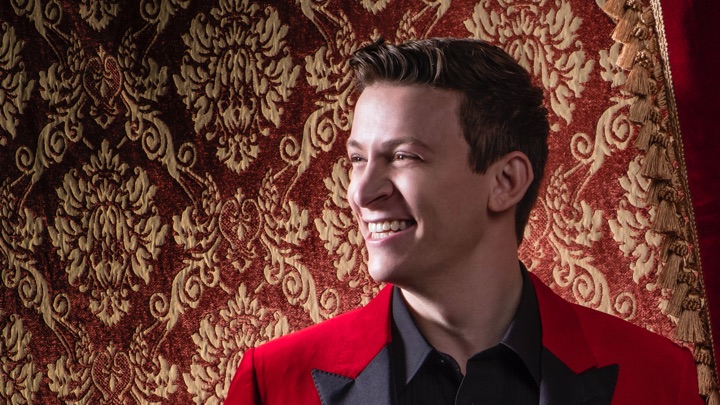 Classical concerts rarely deliver on their titles, but the second series of the season from the Chamber Orchestra of Philadelphia lived up to its promise of Countertenor Fireworks. Aryeh Nussbaum Cohen, the rising American artist who made his Metropolitan Opera debut earlier this year, served as the spark plug.

Working in collaboration with conductor Geoffrey McDonald, Cohen devised an evening that highlighted the breadth of the countertenor repertoire in the Baroque and Classical eras, buffeted by symphonic selections spanning multiple centuries that played with the idiom. Although the vocal choices mostly hewed to the tried and true—Handel, Gluck, Vivaldi—Cohen’s interpretations were at once respectful and probing, marrying contemporary ideas about opera performance and truly gorgeous sound.

Although just 28 and only several years into his mature career, Cohen already presents himself as a complete artist. His voice retains its weight and beauty across its full range—especially in his lower register, which can often be tricky for countertenors.

His fine intonation and control of dynamics was especially impressive: Within the same phrase, he could capably dial the volume up to heroic levels, then plunge into almost whispered soft singing. Words rang out with color, clarity, and feeling—helpful, since no surtitles or translations were provided.

His range was especially evident in two selections from Saul. He spat fire in “Impious wretch,” beginning offstage in full voice and reaching fever pitch when he finally made his way to the lip of the stage. Moments later, he brought an aching tenderness to “O Lord, whose mercies numberless.” Cohen is a brilliant technician—every melisma was in place—but the revelation of his interpretation was the simple sincerity underpinning his vocal triumph.

Similarly, the gripping drama of his “Stille amare” (from Tolomeo) came as much from Cohen’s subtle yet engrossing acting as from his splendid vocals. He presented convincingly a man in his final moments on earth, at once accepting and disdainful of his fate.

In remarks from the stage, McDonald invited the audience to consider the contradictions in “Che faro senza Euridice,” the concert’s one blockbuster selection. It’s a lament, sure, but in a major key, and such a hit that it often appears divorced from its original context.

Cohen’s eschewal of vibrato and boyish countenance added additional resonance to the piece. You truly felt Orfeo’s youth and foolishness, and you understood in the moment that he was facing consequences for the first time in his life.

By presenting a suite of music from the pastiche work Bajazet, Cohen and McDonald highlighted not just Vivaldi but Geminiano Giacomelli, whose “In sì torbida procella” was folded into the opera’s score alongside the work of several other composers.

Cohen was meant to star in the American professional premiere of the work at Portland Opera in March 2020—an engagement scotched in the early days of the pandemic—so its presence on the program here seemed a bit like the conclusion of unfinished business.

Cohen gave a sense of the swagger he would bring to Tamerlano in a blazing performance of “Barbaro traditor” that closed the evening. His “Cruda sorte” was more contemplative, though no less tense. McDonald matched the rising sense of dread in the transparently textured strings.

The superb Chamber Orchestra players took pride of place when Cohen wasn’t singing. The most intriguing non-vocal selection of the evening was the world premiere of Sinfony, a brief work by composer-in-residence Evan Williams.

If you ever wondered what a French Baroque overture might sound like as scored by Elmer Bernstein, this seven-minute suite offers a clue. The bright tuttis, staccato passages, pizzicato strings and harpsichord that occasionally sounded like a harp were sometimes overwhelming—but never dull. I’d love to hear it again.

The third suite from Respighi’s Ancients Airs and Dances struck a perfect balance between the composer’s modern perspective and his encyclopedic knowledge of early music. The orchestra’s interpretation of Purcell’s Abdelazer Suite made this listener appreciate the drama that original compositions must have added to plays of the time. And the interspersal of Handel sinfonias between Cohen’s arias showed the corps of musicians an undeniable equal to their brilliant soloist.

Cohen’s star is surely on the rise, but I hope he will continue to develop intellectually stimulating and musically rich programs like this well into the future. They not only show him off to an advantage—they emphasize the bounty of entire eras of music.