Dancing with the devil

In George Balanchine’s Allegro Brillante, the dancers are dancing even before the curtain goes up. 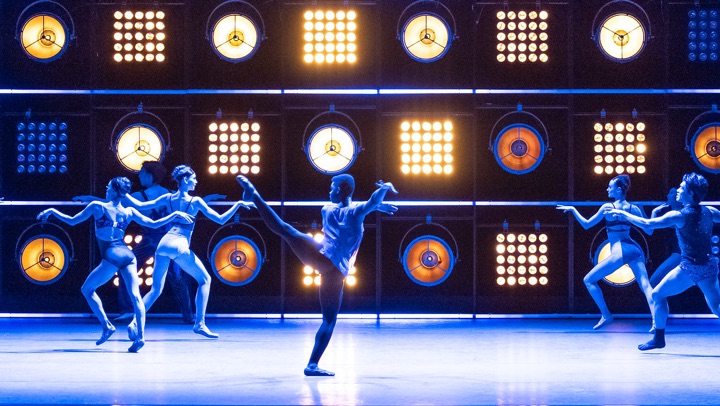 We gradually see the ballerinas skip-hop circling, the men anchoring them at the center, Karinska’s pastel dresses breezily fluttering.

As the strings continue the relentless swirl of Tchaikovsky’s opulent, granular score of the same name, building towards a tutti crescendo, the four couples explode across the stage, first towards the wings and then downstage center. The orchestra takes up a theme first introduced by a lonely bassoon at the beginning, the dynamic is fortissimo, four lifts in unison and then they’re bounding upstage again.

By the time the principal couple enters, the parameters of Allegro (and its world) have been established. The relationship between the dynamics and the dancers, the way the contrapuntal piano’s rhythm incites staccato piqué poses, the use of the expanse of the stage all create a realm which movement is both language and currency, yet moving bodies know they’re dancing.

In no small feat, Boston Ballet’s dancers forged and maintained that realm in the final performance of an unbalanced fall mixed bill program (inexplicably called My Obsession) at the Citizen’s Bank Opera House on a recent Sunday afternoon.

The principal couple holds most of the stage time in Allegro’s 13 minutes and Chrystyn Fentroy was authoritative, athletic, and elegant in the ballerina role, so authoritative, in fact, that she performed the central pas, virtuoso segments of poses and doubled movement, as though she hardly needed a partner. This might have proved a more interesting outcome, because while Paul Craig was fluid in his support, his restraint emphasized Fentroy’s sinewy exactitude as he was absorbed by the diaphanous gauze of the score conjured by Music Director Mischa Santora in the orchestra pit. 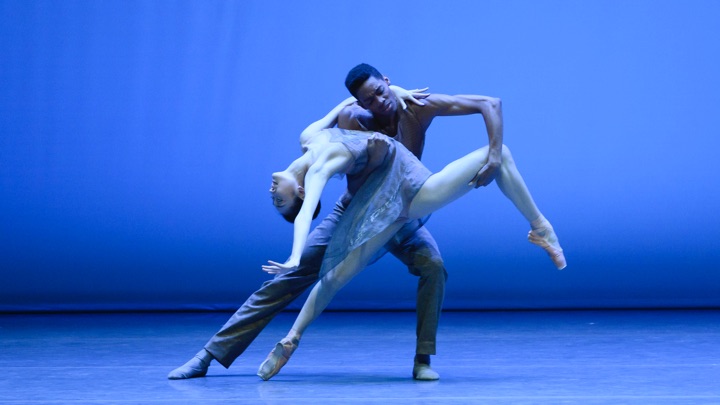 This dynamic persisted across the four-ballet program. While Allegro brimmed with organized frenzy and a sensational Apollo smoldered, two contemporary works, through no fault of the dancers, left faint impact in one case (Helen Pickett’s Tsukiyo) and an outright bad impression in another (Stephen Galloway’s DEVIL’S/eye).

The principal characteristic of Pickett’s short 2009 duet, derived from the Japanese fairytale “The Woodcutter’s daughter,” is its music; Christopher Wheeldon first set Arvo Pärt’s cloyingly minimalistic Spiegel im Spiegel in his now-ubiquitous After the Rain Pas de Deux in 2005.

Pickett’s treatment of the music is quite different, more atmospheric and less internally emotional, from Wheeldon’s sexy, sentimental concoction, yet the intricacy of its steps quickly outpace its poetry and simple narrative. Daniel Rubin and Viktorina Kapitonova, however, performed it with an endearing rapture. Draping herself around his shoulders in one instance, Kapitonova slides into an exquisitely liquid dismount over Pärt’s droning violin.

The Apollo that followed was the program’s high point. In his debut weekend in the role, Derek Dunn cut through space with an instinctual ease as an impetuous, inquisitive Apollo. Yet beyond simple indoctrination by the muses of poetry, mime, and dance, this performance was shot through with a frisson of competition.

That air of competition was most noticeable in Apollo’s duet with the statuesque Lea Cirio’s Terpsichore. Yet even before this climax, Cirio was the most musical of Sunday’s dancers, gradually developing the gestures of her variation with sensuality and sassiness. Her pas de deux with Dunn’s Apollo was at turns playful and melting. 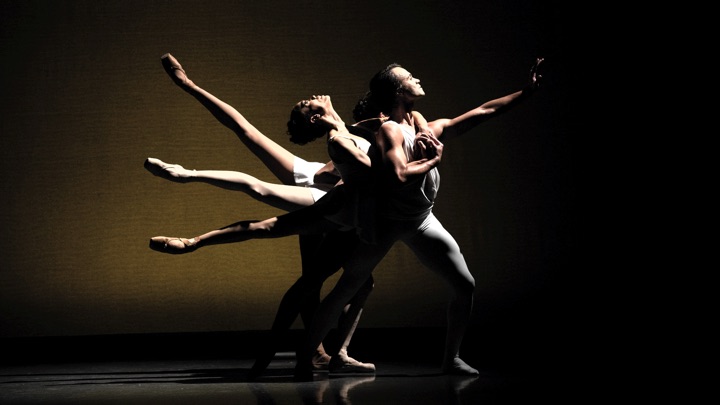 DEVIL’S/eye, the final piece on the program, refutes the meditative stillness of Apollo with its score of five Rolling Stones songs pumped through the speakers at full blast. Stephen Galloway’s March 2022 ballet, full of unconnected filler movements that become predictable within minutes, is busy on the macro level, fidgety on the micro, and leaves a slim margin for dancers to make an impression.

Nevertheless, some do: Tyson Clark, with stunning pinwheel turns in his short solo during “Jumpin’ Jack Flash,” and John Lam, with a charisma that anchored the entire piece, were breaths of fresh air.

Yet Galloway’s ballet never settles into a dialogue with its music and its mining of the songs is superficial; when three men lift three women above their heads at the climax of “Wild Horses,” for example, the effect is astonishingly crass. And its costumes, also designed by Galloway, were only missing jackets with wide lapels in their evocation of the most unfortunate fashion trends of the 70’s. The set, large lighting units, looks like a laundromat.

Whereas Allegro’s dancers are dancing as the curtain rises, in DEVIL’S/eye they’re undulating as the curtain goes down. Yet without a whiff of the complexity and structure of Balanchine’s ballet, Galloway’s world of movement seems like it will implode as soon as somebody unplugs the amp. It’s a testament to Boston Ballet’s dancers that they can both highlight Balanchine’s achievement and dignify disorganization in one program, spinning with abandon beyond our field of view.