This tenor must be the finest classical singer in the world today. 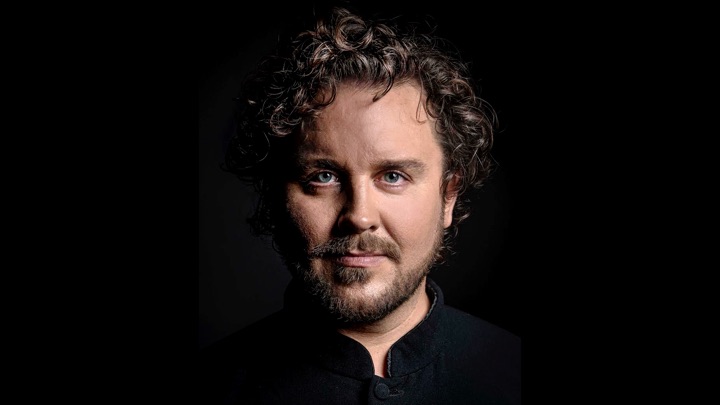 Friday evening in the sumptuous wood-paneled Restored Board of Directors Room at the Park Avenue Armory I attended an unexpectedly disconcerting vocal recital.

Throughout the nearly two hours of superb music-making by Michael Spyres and his pianist Mathieu Pordoy, I was distracted by the growing awareness that this tenor must be the finest classical singer in the world today. The hundred or so of us in attendance surely felt united in a precious mountain-top experience.

Having last season demonstrated his supremacy as a Rossinian in a glorious concert with Lawrence Brownlee, Spyres returned for his North American solo recital debut in demanding repertoire by Berlioz, Beethoven and Liszt. Once again, there seemed to be nothing that he couldn’t do… and do it magnificently.

Yet there was none of the noblesse oblige that one can experience from recitalists in their prime. With his unruly mop of hair and unstylish brown suit, Spyres exuded an appealing down-to-earth affability, in contrast with his jaw-dropping vocal prowess.

He has rightly claimed the “baritenor” sobriquet: On Friday he seamlessly rose from warmly enveloping lows to brilliantly ringing highs. While one was grateful for the delicious intimacy of the Armory’s venue, one occasionally wished that the grandly expansive Spyres had a bigger space to fill.

After decades of loving mezzo-sopranos in Les Nuits d’été, I was nervously hesitant about hearing our leading Berlioz tenor perform it. As it turned out, I shouldn’t have been, particularly as Spyres explained that the composer’s earliest version was for tenor and piano. The more familiar edition features transpositions and orchestrations undertaken years later.

If his opening “Villanelle” wasn’t ideally airy and carefree, the sublime “Le spectre de la rose” followed in a deeply haunting rendition. In the past, I’ve rather dreaded “Sur les lagunes” finding it heavy and morose, but Spyres’s anguished reading proved a revelation with each iteration of “Ah! sans amour, s’en aller sur la mer!” rising in heartbreaking intensity. At its conclusion, he wiped away tears or sweat or both.

He accomplished the same miracle with the increasingly intense repetitions of “Absence.” I know I’ll never hear those two songs in quite the same way again. The rollicking barcarolle of “L’île inconnue” sent us into intermission in a state of heady intoxication.

During the break Spryes must have sipped some magic elixir as he transformed ideal French elegance into hearty German vigor. Idiomatically negotiating Beethoven’s An die ferne Geliebte (which the program would have had us believe premiered in 1916), he particularly excelled in the fifth song “Es kehret der Maien, es blühet die Au.”

That moment prompted me to tick off a few romantic heroes I long to hear him sing, particularly Weber’s Max and Huon (with Lise Davidsen, please) as well as Walther von Stolzing and Lohengrin. His ravishing rendition of the latter’s Grail narrative (in French!) on his spectacular Baritenor CD and potent recent Florestan in Fidelio have already demonstrated his protean abilities in this mode.

If I remain somewhat unconvinced by Liszt’s faux-Italian ecstasies in his epic Tre sonetti del Petrarca, I recognize they offer rewarding challenges to an ambitious singer. Spyres sounded as comfortably at home in Petrarch’s rich language as he had been in Gautier’s or Jeitteles’s. These ripe songs showed off the sheer golden beauty of Spyres’s voice, while allowing him to display his astonishing technique and awesome dynamic command, and, of course, he thrillingly embraced Liszt’s ossia high D-flats.

Encores by Beethoven and Liszt had his blissed-out audience standing and stomping and shouting for Spyres and his full partner Pordoy whose left hand the tenor kissed in rapt gratitude more than once. They will repeat this unmissable recital just once more—at the Kennedy Center on 10 October.

Needless to say, Spyres’s return to the Met in the title role of Mozart’s Idomeneo is a must-attend. My sure-to-be-thwarted dream would be for Spyres to perform the exquisite da capo version of the king’s concluding ‘Torna la pace,” but I believe the Met has consistently omitted it after Luciano Pavarotti sang an abridgement 40 years ago.

Les Nuits d’été, his next Berlioz project with John Nelson, will be released later in the fall, with Contra-Tenor, a collection of baroque arias including a return to Mazzoni, scheduled for the spring.

The ever-adventurous tenor will take on Elgar’s The Dream of Gerontius with the Hallé Orchestra in June, several months after he first tackles Pollione in Bellini’s Norma at the Met and then takes a stab at Joyce DiDonato’s first Carmen in Strasbourg.

Spyres is wonderfully articulate about his extraordinary vocal range. Those interested should definitely investigate a fascinating interview he recorded in Canada this summer.