Strangeness of the body

On this past, rainy Thursday, the Orchestra of St. Luke’s delivered a really rather extraordinary performance of the St. Matthew Passion.  To me, this evening was a fascinating exploration of work. 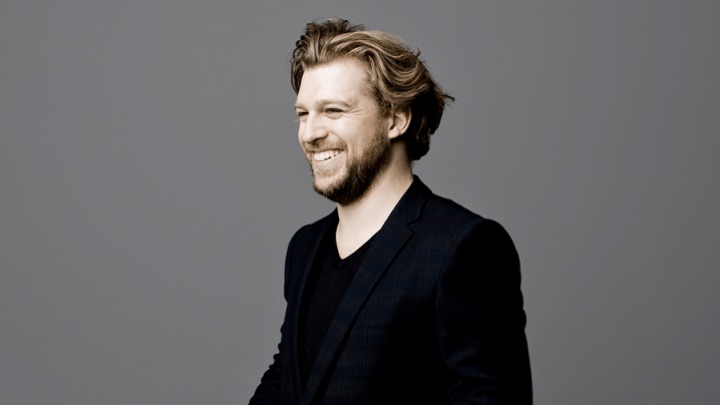 Firstly, in terms of a work, a phrase whose nominalization displaces the source of the labor involved in fascinating ways while also cementing a piece of music as worthy of keeping around, worth the work of performing. Secondly, in terms of the physical (and emotional) labor that goes into creating music, and in what ways the audience is supposed understand it.

This work is often meant to be unheard or unseen; we know that voices come from bodies, but, so many performances of Bach lean into the angelic, the sense of mathematical divinity and purity with pearly voices and crisp playing and little left of the ragged strangeness of the body and of the frail materiality of the instruments.

Under Bernard Labadie’s direction, this version leaned into that trace of the body—what Bahktin famously called the “grain” of the voice— not just for the singers but for the orchestra to immensely powerful, raw, and profound results. Labadie wrested every drop of expression from his singers and orchestras, infusing the whole three hours with vitality because he did not shy away from the messy emotional edges of the piece that are only barely contained by Bach’s precise musical language.

The performance flew by, the result of Labadie’s energetic pace that made the story feel exciting and dramatic. Under his direction, the choirs were crisp and exacting, with a broad dynamic range. Nothing dragged; and the repeated chorales were beautifully contrasting, with the final, a capella version, “Wenn ich einmal soll scheiden” leaving me misty-eyed.

The singers and orchestra struck a delicate balance on Thursday between letting us see the physical labor and discipline needed to produce this piece of music, while maintaining a polished sound throughout. Both orchestras sounded fantastic, providing a warm and cushy pillow of sound to all of the singers and playing with great sensitivity and expression.

Viola da gamba player Mélisande Corriveau delivered a excoriating, embodied performance, not attempting to hide the difficulty of her work and acting as anchor for the second part. Everyone displayed rigorous, visible physical effort throughout, throwing themselves into every movement, and looked visibly exhausted by the end of the night. 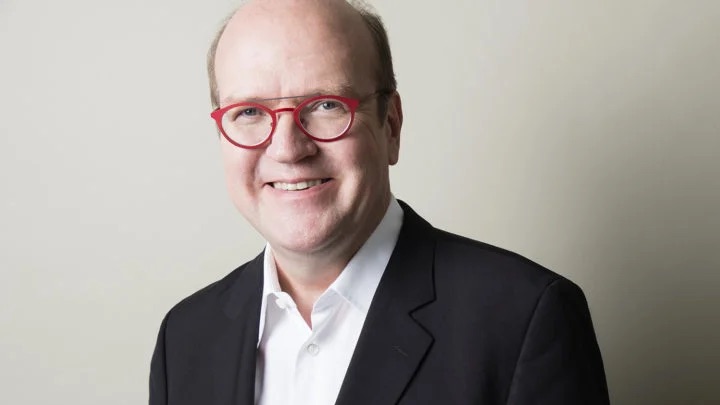 I felt emotionally wrung out by the end of the over-three-hour run time. This St. Matthew Passion had real sense of unique and dramatic perspective, bringing forward the connection between various aspects of physical expression of devotion, found not only in the persistent bodily imagery in the text, but also in staging the labor of performer’s bodies as an act of faith.

Making music and believing in God, it seemed to say, are laborious acts, requiring hard and exhausting work that is marked by pain. But by transforming that pain into aesthetic pleasure singing and playing became, not a mortification of the flesh, but a glorification of it, one that doesn’t attempt to brush away its frailty, instead but to lean into the beauty and contingency of having these singular and ephemeral bodies.

In addition to all these thoughts, I was struck again by the sense the audible and visible dissolution of boundaries between inside and outside. The St. Matthew Passion stages this inside/outside conflict, shifting perspectives between participants in the story, narrators, and commentators who exist in an ambiguous temporality. Some characters, like Jesus, exist fully within the narrative.

The other soloists toggle back in forth between in-narrative and out, but primarily act as outside viewers, pausing the action to describe an emotional reaction. The chorus are both in-narrative characters, and become, in a way, part of the audience when they sing chorales. The Evangelist, as the narrator, occupies a space somewhere in between inside and out.

In Thursday’s performance, the beauty and strangeness of these shifting perspectives, all navigated through the voice(s) was brought to the fore. As passionate (pun-intended) lover of Bach and of this piece, specifically, this is about all I can ask for; musical excellence that is constructed through dramatic perspective.

Julien Prégardien’s Evangelist absolutely stole the show. His expressive tenor threatened to fly out of control at any moment, giving that hint of risk that makes for the most dramatic and exciting singing. He was a marvelous and dangerously involved narrator, often barely reining in his emotions. He rasped, shouted, and moaned in outrage; he delivered long stretches of beautifully burnished, golden singing; finally, his voice took on the delicate purity of a choir boy.

Throughout there was intensity and a sense of invention, of writing the piece through singing it.  Every time he opened his mouth, the whole work snapped into sharp focus. It was a thrilling performance, readers, absolutely thrilling. This is a role where 90% of the lines are “und sprach zu Ihnen,” and I swear, I was on the edge of my seat about what would happen next in the story.

It took until Part II for me to fully be able to put my finger on countertenor Hugh Cutting’s voice; his Part I solos were beautiful, but felt distant, with a slightly more expected Baroque sound. He, too, came into focus in his glorious “Erbarme dich,” which made it clear that he was only saving up so he could pull out the big guns later on.

This aria is the raw, bloody center of the whole piece, and my favorite, with that brutally elegant violin obbligato. Cutting’s voice nearly incinerated itself in this aria, revealing, finally, the color and breadth of his tone by pushing at the line between ecstasy and pain. Any more emotional, and it would have been overdone, but he stopped just in time.

The door thus opened on his sound, Cutting revealed even more control and sensitivity in “Können Tränen,” another fabulous aria with strings, which he sang with an almost affronted bitterness.

Soprano soloist Carolyn Sampson offered an ethereal sound in her arias, and like everyone onstage, only revealed her true vocal colors in Part II. Her cool, smooth voice grew steadily in beauty and flexibility as we approached her Part II aria “Aus liebe will mein Heiland sterben.”  Here she blended seamlessly with the woodwind obbligato, gracefully blurring the lines between voice and instrument, and providing a welcome moment of contemplation amongst all the bitter pain.

Tenor Joshua Blue, who stepped in at the last moment to replace another performer, had one of the brightest, brassiest sounds I’ve heard in quite a while, slashing through the warm waters of the orchestra.  In “Geduld, Geduld!” his voice mellowed and expanded into rich roundness without losing its edge.

Phillipe Sly as Jesus, who doesn’t have very much to do for a story about him, brought dramatic intelligence, his voice lightening and lightening in texture, as if vocally representing Jesus’s acceptance of mortality and his increasing release of his body as his death approached.

Bass-Baritone Matthew Brooke had a steely and authoritative sound as Pilate, Judas, and other in-story characters, but his two arias marked a turn a generous and warm sound that leant a humble and paternal quality to his later arias, matching nicely with the accompanying viola da gamba. He was also profoundly entertaining and expressive, crafting vocally and dramatically distinct characters throughout, and managing to be physically engaging while hemmed in by a tiny platform.

How fitting, then that Brooke’s last aria was about work, physical labor, and the body: this time, Jesus’s body.  “Give me my Jesus,” the bass sings, “for I want to bury him myself.” Here the work of singing is explicitly linked to a physical act of devotion, equated to the work of digging a grave, of caring for a dead body.

This is followed by the final image: the body is in the tomb, hidden from view but still present, while we wait at the door. We are inside and outside, negotiating between the corporeal and the divine.