Eleanora Buratto at this fully matured point of her career has a warm, creamy full lyric soprano that has the roundness and sweet warmth of a Freni but can also expand into the spinto power of a Tebaldi. 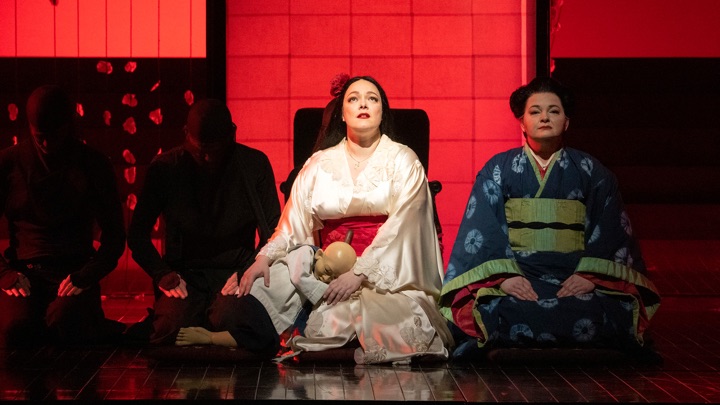 On paper, this season’s revival of Madama Butterfly, which opened on Saturday, March 19, seemed a workaday affair—except for the local role debut of Mantua-born soprano Eleanora Buratto as the tragic Cio-Cio-San.  However, as it transpired all the disparate elements of the evening came together to produce something really, really special and unique.

First of all, the 2006 production by the late Anthony Minghella (lovingly recreated and revived by his widow,  the choreographer Carolyn Choa and staged by Sara Erde) remains one of the Met’s loveliest productions and all the details remain precise and fresh.

Sometimes the staging is overly prettified and artful like the bamboo lamps and falling petals in the Act I love duet.  When it is simpler, the staging is sublime.  Like revisiting the old 1982 Zeffirelli La Bohème this past fall, it was nostalgic like tasting your mother’s comfort food after a long absence from home: it tasted the same and it felt like you hadn’t been away for a long time.

British conductor Alexander Soddy led a swift, buoyant reading of Puccini’s score which nevertheless gave plenty of breathing room to the singers.  A few passing brass bloopers did not cloud the overall achievement of the Metropolitan Opera Orchestra.  The cast was impressively vocally well-equipped even in the smallest roles. 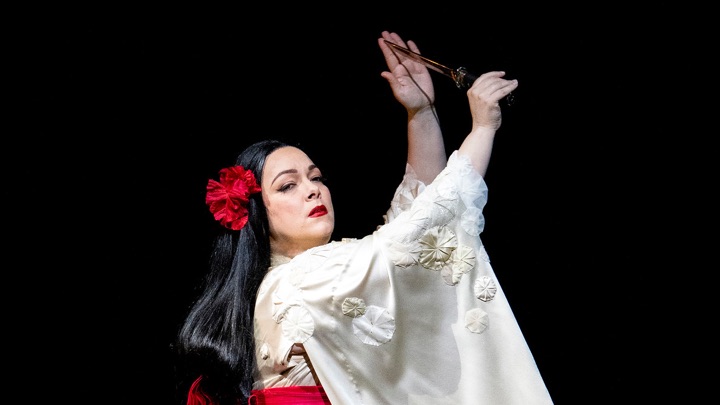 But as in his Cavaradossi at the Met last Fall,  his B.F. Pinkerton fielded a big bright instrument used in a relentlessly foursquare and unimaginative manner.  Jagde doesn’t shape the line in an Italianate manner and is consistently too loud.  The words don’t emerge with much specificity nor do they shape the musical line.

The ringing top and dark beefy middle register portend a promising shift into the jugendlich Heldentenor repertory—he has already sung Florestan in Fidelio and the Stranger in Korngold’s Das Wunder der Heliane at Deutsche Oper Berlin.  Can Lohengrin and Walther von Stolzing be far behind?

Elizabeth DeShong as Suzuki and David Bizic as Sharpless provided strong empathetic acting and rwarm vocalism.  DeShong sings leading roles like Arsace in Semiramide and brought a first-rank voice to the role rather than usual veteran house mezzo or glorified comprimaria.

The rich contralto timbre powerfully communicated Suzuki’s foreboding of disaster and fierce affection for her mistress.  DeShong validated the theatrical saying “There are no small roles, only small actors (or singers).” 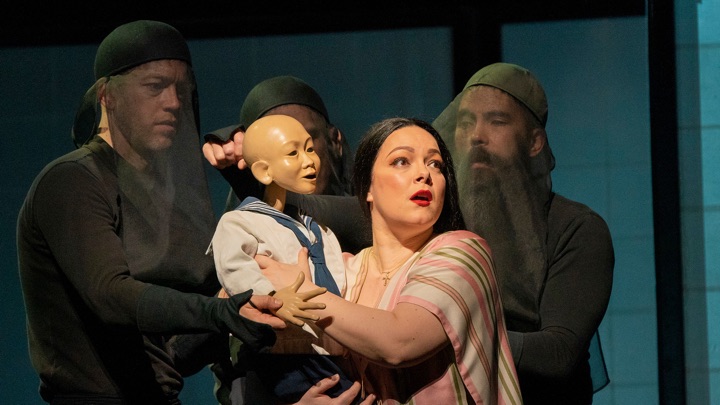 Bizic’s soft-grained baritone was full of compassion and sympathy with subtle verbal details.  Scott Scully was an alert Goro with a rather narrow brittle tenor not inappropriate to the role.  Two young singers showed promise in their Met debuts—Yunuet Lagana as Kate Pinkerton and Thomas Glass as Prince Yamadori brought detailed physical acting and rich voices to their limited assignments.

But “Madama Butterfly” stands or falls with the titular protagonist.  The original Cio-Cio-San of the 1904 La Scala premiere version (quite different from the standard version of today) was a lyric coloratura soprano Rosina Storchio—an Amina in La Sonnambula, Rosina in Il Barbiere di Siviglia and Norina in Don Pasquale.

As we know it was a fiasco that was almost booed offstage.  The opera finally found success in the Brescia production which starred the Ukrainian-Polish dramatic soprano Salomea Krushelnytska, a Brünnhilde, Aida and Tosca.

These contrasting early creators highlight a troubling vocal dichotomy in Puccini’s portrayal of Cio-Cio-San—a combination of girlish fragility and overwhelming strength reflected in vocal writing that ranges from girlish lyric to full-on spinto in the climactic moments like the final phrases of “Un bel dì vedremo” and “Che tua madre” and “Tu, tu? Piccolo Iddio!”

Early successful Butterfly sopranos included the American lyric soprano Geraldine Farrar and the Czech dramatic soprano Emmy Destinn.   Not every successful Liù and Mimì can graduate to Butterfly—there needs to be some metal in the voice and stamina to make it through a long, arduous evening.

Buratto made her 2015 Met debut in a Storchio coloratura role, Norina in Don Pasquale.  But even then it was obvious her rich soprano had outgrown that role—there was luscious pasta in the tone that was bursting at the seams of the leggiero writing.   She returned in 2019 as Liù in Turandot, pointing the way to full lyric roles like Mimì which she sings at the Met later this Spring.

Since then Buratto has added to her repertory heavier roles like Elvira in Ernani, Desdemona in the Rossini and Verdi Otello, Amelia Grimaldi in Simon Boccanegra, Donna Anna in Don Giovanni and even Aida at the Verona Arena.

Buratto at this fully matured point of her career has a warm, creamy full lyric soprano that has the roundness and sweet warmth of a Freni but can also expand into the spinto power of a Tebaldi.  The instrument is essentially full and healthy, so fragility must be artfully suggested rather than inherent in the tone.

Her entrance was full-toned, not ideally spun and she eschewed the climactic (but optional) high D-flat.  As her initial nerves relaxed, her first act was distinguished by vocal warmth and native fluency with the Italian text—many of her line readings were individual and specific giving freshness to the familiar music.

Buratto is petite and sympathetic looking and moves and acts naturally onstage.  Her Cio-Cio-San is not as demure and retiring as other performers—she has an Italian openness and friendly outgoing manner as the 15 year-old child bride of Act I.

But it was the more fraught womanly Cio-Cio-San of the second and third acts where Buratto revealed her full emotional and vocal power.  The climactic high notes of “Un bel dì” were attacked fearlessly, full-toned and long-held climaxing a reading full of varied moods and dynamics.  She listened (and misunderstood) tellingly to Sharpless’ reading of Pinkerton’s letter.

The second and third acts were played straight through with only a brief pause in between maintaining uninterrupted dramatic momentum.  Jagde had his best vocal and acting showcase in “Addio fiorito asil”.  DeShong’s reaction to Pinkerton’s remarriage was shattering.  Buratto brought stoic fatalistic power to her death scene, not overplaying the emotion or adding sobs in a cliched veristic manner.

I won’t say that Buratto didn’t make it seem like hard work—the voice is full and beautiful but can turn a little blunt under pressure.  Yet the tone is versatile and consistently sympathetic and Buratto has stamina, crucial in a role where the heroine is seldom offstage.

I dearly hope that Buratto doesn’t follow the lead of other overambitious sopranos (like Scotto or Ricciarelli) and push herself from Liù to Turandot and postpones the heaviest Verdi and Puccini for another decade or more.  This was a major role assumption and I hope the Metropolitan Opera keeps Buratto prominent in their season planning for many years to come.  By all means see this revival and now I am very tempted to return for yet another La bohème later next month!