A Philly that is ready for the race

As we continue to watch the world of live performance come cautiously back to post-COVID levels, I felt the greatest surge of joy so far when I saw Opera Philadelphia’s announcement of their 2022-23 season—and most especially, the reboot of Festival O. 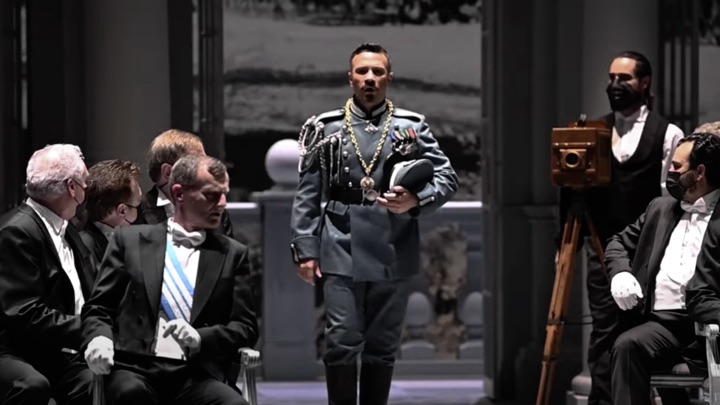 Beginning in 2017, for four consecutive Septembers this genre-defying celebration brought the company together with other partnering arts organizations in a thrilling series of events that mix traditional opera with new and innovative works. That is, it did… till quarantine shut it down.

This year, it promises to return full-throttle, starting with a revival of Rossini’s Otello that includes performances by several singers—Lawrence Brownlee, Daniela Mack, Alek Shrader—who have previously distinguished themselves with the company, as well as the U. S. debut of South African tenor Khanyiso Gwenxane in the title role.

I’m equally intrigued by a new film-with-live-performance operatic work called Black Lodge, by composer David T. Little and librettist Anne Waldman. Previous O Festivals have included collaborative concerts with young artists from the Curtis Institute; this year, a collaboration with the Academy of Vocal Arts will pair some of their singers with the estimable Latonia Moore, herself an AVA grad. (Philly Pride!)

There’s more to come beyond this of course. But this announcement is a lovely breath of Spring and the promise of an artistically fruitful Autumn.

In a first for Festival O, Opera Philadelphia will screen a selection of  feature-length and short-form opera films on multiple screens at the Philadelphia Film  Center, the city’s premier hub for film, and is inviting creators to submit their film projects for  consideration to be screened alongside classic opera films and recent cinematic works created  for the Opera Philadelphia Channel.

The festival will also spotlight singers trained at  Philadelphia’s acclaimed Academy of Vocal Arts, as star graduates including soprano  Latonia Moore return to perform alongside current Resident Artists in two Saturday recitals  at their historic and intimate concert hall.

The Opera Philadelphia Orchestra and Chorus heat up the winter as they unite on the Academy  stage for concert performances of Orff’s scorching Carmina Burana. The season closes with  director Yuval Sharon’s bold staging of Puccini’s La bohème in reverse order—starting with  Act IV and ending with Act I—extracting hope from tragedy, life from death, and love from  loneliness.