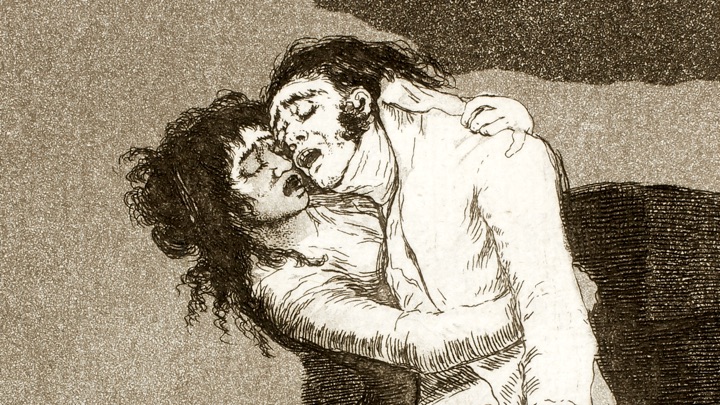 The beloved Dutch conductor, who died last month at the age of 92, might not be the first name that comes to mind when thinking of Granados or Ravel but his opera career (during his tenure as music director of the Concertgebouw Orchestra in these cases) could be quite varied.

Based on the composer’s famed piano suite, Goyescas premiered at the Met instead of the Paris Opéra due to the war raging in Europe at the time. The 1916 one-act work starred Giovanni Martinelli and was initially paired with Leoncavallo’s Pagliacci with Enrico Caruso. Subsequent performances scheduled it on double bills with Cavalleria Rusticana or Hansel and Gretel! It was the first opera performed by the company in Spanish.

A most unhappy ending followed the opera’s successful New York premiere as the composer and his wife perished when the ship they were taking to return to Spain was torpedoed a German U-boat. Granados was just 49.

After just five performances Goyescas disappeared from the Met repertoire. Forty years later though, the Little Orchestra Society revived it for a concert performance at Town Hall that featured the US debut of Pilar Lorengar as Rosario. Lorengar was just 28 at the time and wouldn’t appear at the Met until ten years later.

Nowhere can I locate the specific roles performed (and doubled or tripled) by Haitink’s enchanting Enfant cast which includes such French notables as Mady Mesplé and Michel Sénéchal.

Goyescas and Enfant can be downloaded by clicking on the icon of a square with an arrow pointing downward on the audio player above and the resulting mp3 files will appear in your download directory.