It ain’t easy being tween

The purview of so much gay theater still focuses squarely on trauma—consider the recent Tony sweep of The Inheritance—that the story of a queeny pre-teen who loves Diana Ross and lives out loud unapologetically seemed like a welcome tonic. 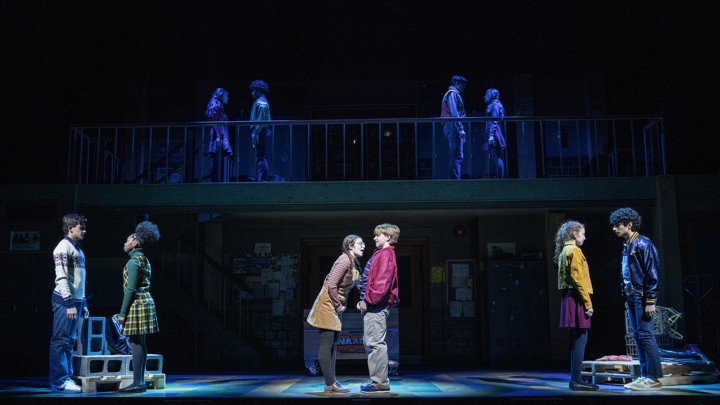 DAVID FOX: Is gay without irony even possible? Honestly, Cameron, my thoughts kept coming back to this question throughout Trevor, a new coming-of-age musical that focuses on a high school boy’s struggle to come out. The show, likeable enough, is so high energy, so relentlessly upbeat as to make any criticism feel petty. And there are positive things to say about it. But as Trevor went on, it felt increasingly disconnected from the issues it so clearly wants to tackle. Don’t get me wrong—I’m all for showing gay life in a positive light, and more generally, for infusing “difficult” subjects with humor. One of the things I liked about Glee, a show I watched for a few seasons before drifting away, was its cheerfulness, and the suggestion—however pie-in-the-sky it might have been—that jocks and (shall we say) theatre kids could find mutual respect and friendship. But compared to Trevor, Glee—which at least introduced some emotional tension—looks like a Sarah Kane play. A more appropriate comparison is probably Dear Evan Hansen, another musical about high schoolers and their traumas. Long before the movie, I found DEH impossibly maudlin, but Trevor doesn’t get it right either. Instead, looking at the show’s together is a cautionary tale in how difficult it is for musical theater to capture the adolescent experience with a sense of authenticity.

CAMERON KELSALL: Perhaps it’s bad form to admit this as a critic, but I went into Trevor wanting to love it. The purview of so much gay theater still focuses squarely on trauma—consider the recent Tony sweep of The Inheritance—that the story of a queeny pre-teen who loves Diana Ross and lives out loud unapologetically seemed like a welcome tonic. But the end result is dated and tonally unbalanced. (Set in the suburban sprawl of the early 1980s, the musical is based on an Academy Award winning short film from 1994.) You don’t need to feed your audience trauma porn to communicate the difficulties of developing into your full self, but there’s something unsettling about the peppiness of the show, which presents even weighty subjects like self-harm with a smile. And despite the polish and pedigree of the production, helmed by Broadway veterans Marc Bruni and Josh Prince, the material is painfully undistinguished. It’s only been two days since you and I saw a critics’ preview, and I already struggle to recall a single melody from Julianne Wick Davis’ score or a memorable lyric from Dan Collins’ libretto. It’s a good thing they managed to intersperse selections from Miss Ross’s discography to alleviate the monotony. 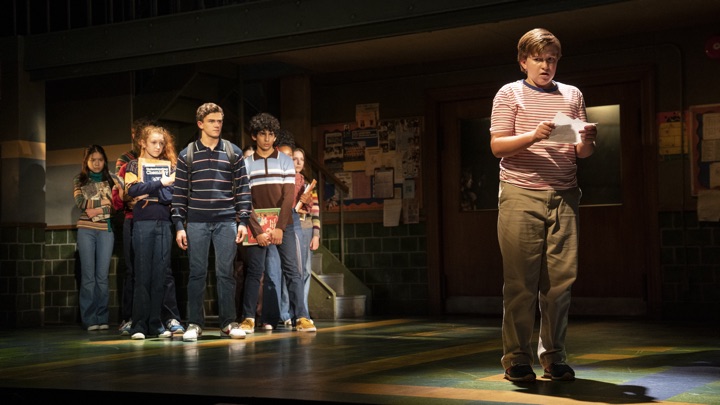 DF: I wish I could disagree—I too wanted to be charmed by it—but I’m afraid “undistinguished” is the right word, especially for the material. Back to Glee for a minute: it, of course, had the huge advantage of each show being a mini-jukebox musical, with material cherry-picked for it, and arranged by a very luxe group of musicians. It would be unfair to think Trevor—or really any new musical—could equal that, but still one hoped for something more memorable. Likewise with the cast that is largely young people (and to their credit, they actually do seem to be genuinely high school age) – they all deliver honorably on what they’re asked to do, and Holden William Hagelberger is cute and sweet and earnest in the title role, but frankly I see no rising Ariana Grandes or Ed Sheerans here.

CK: The child actors all operate on a blandly professional level, but they never really rise above that. It reminded me of why community theater productions of Annie are often so enjoyable—the kids might not flaunt megawatt voices, but they perform with real gusto and charm, and you can tell they really want to be there. I never quite sensed that here, although Sammy Dell, as Trevor’s unrequited love interest Pinky, has at least a certain edge. (Seriously though—the straight character is named Pinky?!?)

DF: Your mention of Diana Ross (played with style by Yasmeen Sulieman, who resembles Ross physically though not vocally) brings up another odd aspect of the show: to whom is it meant to appeal? If it’s young people, I’m afraid I have some brutal news: I’m not sure they even know who Diana Ross is. Still less Donna Summer, whose name is lovingly evoked, which given her ugly track record of personal homophobia is a whole ‘nother issue… 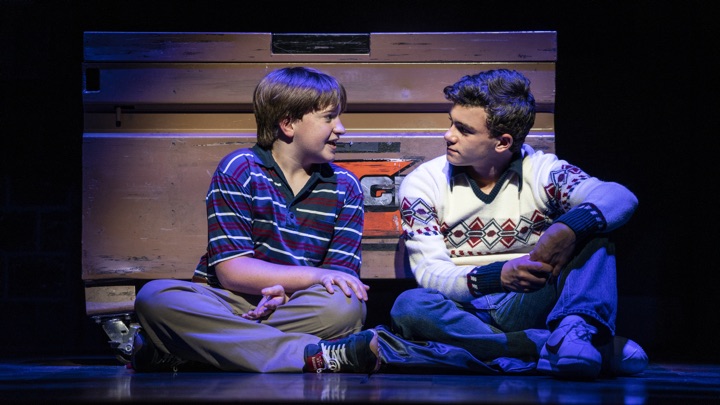 CK: Good point. Does the queer youth of today—some of whom were in the audience of our performance—really need an after-school special to know it’s okay to be LGBTQ+? I think, thankfully, the younger generation has moved past that. This feels like a show created by and for middle-aged people who wished they’d had a more uplifting high school experience.

DF:  For all that Trevor’s heart is clearly in the right place, I genuinely wonder if all this positivity is really a helpful message. The show’s title alludes, of course, to the Trevor Project, an extraordinary organization that supports gay teens who are struggling. The program prominently includes information and a hotline number for people who are “feeling hopeless or suicidal.” But in the show itself, Trevor’s attempt at suicide, mercifully unsuccessful, is almost laughed off in a number featuring an ensemble wielding umbrellas like musical theater props. If Trevor can actually bring families together and lighten the emotional load of some teenagers struggling with their identities, then I hope it runs for years. But honestly, I Ieft feeling that its important message isn’t coming through.