(Another) Change of Season

Last year at this time, performance arts organizations in NYC were announcing that the COVID pandemic would force closures through the summer. We here at parterre box, having honed our mantic powers predicting the precise timing of a singer’s vocal collapse, foresaw a grimmer reality. 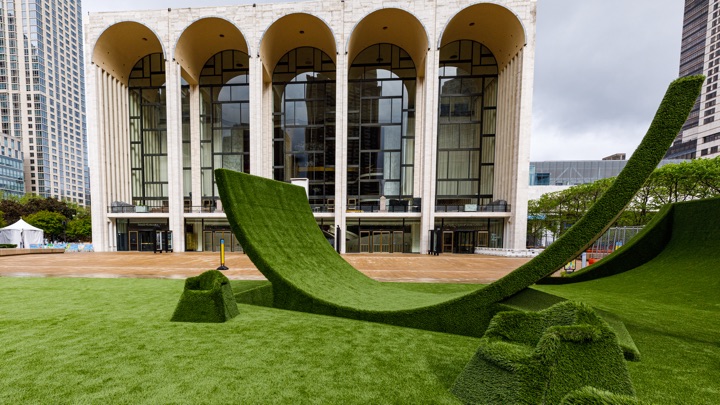 Absent a vaccine or a sustained decline in the number of COVID cases, there was no way to resume indoor performances that made medical or economic sense.

And now, here we are a year later and Governor Cuomo has announced Broadway performances will resume in the fall. Theaters will operate at full capacity and there is no guidance as to whether audiences will still need to be masked at that time or if the theater must observe any other protocols.

Even with this uncertainty, Broadway shows and theater companies are announcing their re-opening dates and ticket sales have resumed. Those wacky theater kids have all been tweeting about buying tickets to Six which is scheduled to restart performances on September 17. In what may be a post-pandemic sweet spot, the show runs 80 minutes with no intermission.

Does this bode well for attendance at the Met’s 21/22 season? In what was an extraordinary act of optimism, the Met published its proposed schedule for the 2021/2 season back in Sept 2020 when the successful distribution of an effective vaccine, the lifting of public health restrictions, According to that plan the season begins with a performance of the Verdi Requiem on September 11 followed by the official opening night on September 27 with the Met premiere of Fire Shut Up in My Bones.

Given the audience demographic at the Met and many non-profit performing arts organizations, I won’t be surprised if these audiences are likely to have their attendance habits changed over the longer term by the pandemic. Amongst at-risk populations, the vaccine is seen as a bare minimum safety precaution and not a magical protective shield. In an extremely unscientific survey of my friends, the prevailing attitude seems to be “Let’s see what happens when performing arts venues reopen and discuss whether we want to return after they’ve been open for a while.”

Putting aside the challenges of reaching agreements with the Met’s unions (we can discuss that some other time), how do you all at parterre feel about attending performances in the upcoming season -at the Met or elsewhere?

Of course I want to be back in an opera house. I want to feel a voice push the air out of the way in the auditorium; I want to run into friends at the Millo Pole; I want to have plans that don’t involve zoom; I want to be huckstered out of a ticket by some Lois Kirschenbaum wannabe. Heck, I even want one of the terrible Met sandwiches – which I assume have been in a Twinkie-like state of biochemical stasis since the spring of 2020. All that being said, I am still undecided as to when I will resume attending performances in person.

However, I will gladly pay to watch performances on demand from home. This option has been great to see shows from theaters in distant locations or to see shows that I might not want to schlep myself to in person. I hope that this is the year that the Met rethinks its Live in HD series to allow performances to also be seen live or by delay over the web. The Met built a global audience of Internet viewers this past year; why abandon them when they are unlikely to make it to the Met or to a Live in HD cinema, particularly over the short term.

Other companies should consider doing the same. I would love to have tickets to the new Ring at the Paris Opera as this might be the only way for me to ever see it. The pandemic showed us that there is a massive audience for online broadcasts from performing arts institutions and that audience will still want this channel to continue.

P.S. I recognize that writing about the opening of performing arts venues in NYC while the pandemic is raging with unimaginable ferocity in India, Brazil and so many other countries can come across as distastefully America First-ish. The fact that the US is hyping its vaccine progress while so many struggle to get vaccines only highlights the many weaknesses of our global public health institutions. I hope the readers on parterre are supporting the organizations trying to provide assistance in those countries.