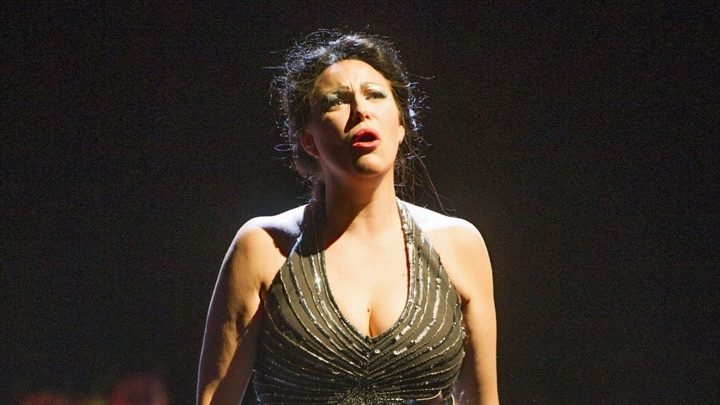 Most noted for her Mozart and Richard Strauss heroines, Wall was diagnosed with breast cancer three years ago. During treatment she continued to perform and record. In fact, two complete operas were released just this year on the Chandos label: Massenet’s Thaïs (in English) conducted by frequent collaborator Sir Andrew Davis and Ellen Orford opposite Stuart Skelton in Britten’s Peter Grimes led by Edward Gardner.

In addition to opera appearances, Wall had an extraordinarily busy concert career and often it was difficult to find a performance of Mahler’s gigantic Eighth Symphony anywhere without her in one or the other of the two demanding Mater parts.

Unfortunately, she didn’t perform very often in New York so I only heard her three times: twice at the Met where she debuted in a memorable 2009 Don Giovanni in the arid Marthe Keller production. A gleaming Donna Anna, one of her signature roles, stood out in a fine cast that included fellow debutant Pavol Breslik, Barbara Frittoli, Isabel Bayrakdarian, Peter Mattei and Samuel Ramey. Four years later her statuesque Helena towered hilariously over Elizabeth DeShong’s petite Hermia in an excellent revival of Britten’s A Midsummer Night’s Dream.

I regret missing her sole Met Arabella with Michael Volle the following year, a work she repeated to acclaim in 2017 for the Canadian Opera Company opposite Tomasz Konieczny.

A lovely duo recital five years ago with baritone Steven Labrie at the intimate Lehrman Hall at the Morgan Library proved my final encounter with the soprano, and I happily got to hear a bit of her Strauss in Gesänge des Oritents. In addition to two young children, she is survived by her husband Roberto, son of tenor Ermanno Mauro.

I’ve admired Saariaho’s haunting five-act investigation of courtly love since I heard a broadcast of the work’s world premiere at the Salzburg Festival twenty years ago. As I was in the hospital in late 2016, I at first bitterly regretted missing the work’s arrival at the Metropolitan Opera under Susanna Mälkki. But my disappointment vanished after I listened to a broadcast that featured a rather unsatisfactory cast. I believe today’s Canadian performance featuring Wall’s shining Clémence may do more justice to the work. I’m told the late soprano thought it the most challenging music she ever tackled!

And Happy 27th Birthday to parterre box—my home away from home!

L’Amour de Loin can be downloaded by clicking on the icon of a square with an arrow pointing downward on the audio player above and the resulting mp3 file will appear in your download directory.

One can hear Still Fire, a more recent piece by Saariaho for baritone and orchestra performed by Gerald Finley, the original Jaufré Rudel, here.