Kennedy Center could not have predicted just how aptly Saturday evening’s rescheduled recital of 2020 Marian Anderson Award winner, baritone Will Liverman, would respond to the moment. 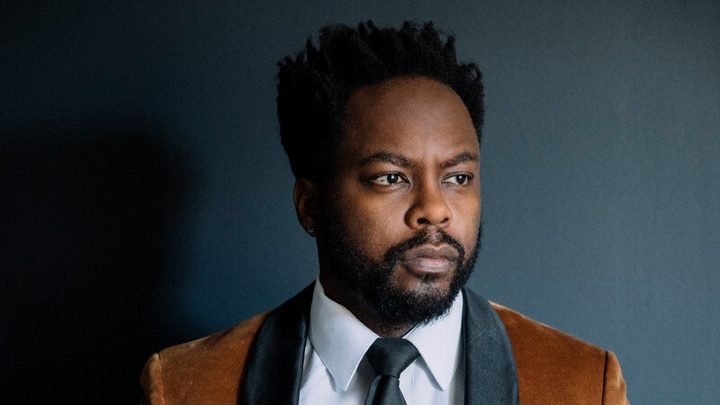 The past four years in Washington, D.C. simply defy recapping and those of us here who turned to opera to make sense of it routinely came up disappointed by a string of missed opportunities to make the classics work for a menacing present: the fall 2017 girl-power Alcina that fell flat, a force-fit Otello, Tosca unflatteringly shackled to its own campiness. But the Kennedy Center could not have predicted just how aptly Saturday evening’s rescheduled recital of 2020 Marian Anderson Award winner, baritone Will Liverman, would respond to the moment.

In a year where live music has been the exception rather than the norm, it’s a testament to Liverman’s lucid artistry that this hour-long recital not only rose to meet the jubilation on DC’s sidewalks through a circumspect check on our national divides in its programming, but stood on its own merit as a memorable evening from a singer of extraordinary promise.

Liverman first popped onto my radar in Santa Fe two summers ago – his Marcello in La bohème was amongst the stronger bohemians, but even more arresting was his ferocious performance in what is usually a bit role, the Foreman in Jenufa. But on the stage of the Opera House, where we sat with the seats as a backdrop, the conspicuously empty Presidential box center-field, and bereft of a theatrical context, I wondered how a repackaged Liverman would convince in typical recital fare. The answer proved to be “staggeringly versatile” and, refreshingly, “typical recital fare” a mere suggestion.

The evening began delicately with Carl Loewe’s “Erlkönig,” set to Goethe’s text. Loewe’s take has an altogether more leisurely pace than Schubert’s better-known one, with fewer high-drama moments for the voice to take flight, but Liverman seized on the familiar text as the song progressed, digging in as he modulated his voice for the Father, Son, and Erlkönig. The Loewe song that followed, “Edward,” saw an explosion of color and depth as a bloodied son converses with his pushy mother after just having slain his father.

Liverman’s voice, firmly supported and commanding an ever-expanding palette of shades and resonances, will prove valuable well beyond Lieder and chanson, as the gorgeously shaped phrases of the ensuing (and often very funny) “Quatre Poèmes de Guillaume Apollinaire” by Poulenc showed, but the sampling of classical works was more of an amuse-bouche for the English portions of the program (in part because no paper programs were distributed so texts weren’t accessible).

Herbert Howells’s “King David” was treated expressively, but most entertaining was Liverman’s self-composed mashup of “All the Things You Are” and “If Ever I Would Leave You.” Accompanying himself at the piano, a somewhat welcome change from Jonathan King’s playing, which delivered on delicacy but came up short on gravitas, Liverman made a night-and-day switch to a vibrato-free pop approach with easy and frequent access to an ethereal passaggio.

While the following five songs by Henry T. Burleigh, set to the poetry of Laurence Hope, were rangy in their subjects, Liverman effectively teased out the current of stillness running through the poems while eluding a too-uniform approach. But the emotional highpoint of the program was its conclusion, “Two Black Churches,” a diptych of songs commissioned by Liverman, composed by Shawn E. Okpebholo, and using Dudley Randall’s “The Ballad of Birmingham” about the 1963 bombing of the 16th Street Baptist Church and Marcus Amaker’s “Rain” about the shooting at Emanuel AME Church in 2015 as texts.

While both explicit in their evocations of racism and violence, the contrasts in the poems were highlighted in their intelligent musical treatments from the intermittent right-hand flourishes and a vocal line that ranged from delicate to thunderous in “Birmingham,” where a daughter pleads with her mother to attend a civil rights protest while the nervous mother insists she go to church choir instead, to the plaintive gospel tinge of “Rain,” which likens Charleston’s tendency to flood to the overwhelming tides of racism weathered daily by Black Americans. Himself from a church background, Liverman’s delivery and musicianship were here at their most cohesive, momentous, and thoughtful.

The evening’s only encore was Ken Medema’s “Moses,” a humorous, dialogic song in which God commands a stuttering Moses to pick up his rod, part the Red Sea, and get to work. It was an appropriate conclusion to a day, a moment, and a recital filled with spoken and unspoken symbols, allusions and mandates. And while Liverman is no doubt an effective mouthpiece for expressing those pains, fears, and aspirations, that he does so while so casually recasting the mold with his own creativity sets him apart. It’s a fitting place to pick up where Marian Anderson left off. And it’s a fitting time to do so.

This concert will be available to watch through the Kennedy Center’s Digital Stage website.