By the beautiful sea

On Sunday afternoon, husband-and-wife duo Roberto Alagna and Aleksandra Kurzak presented a charming program of operatic favorites from the patio of the Château de la Chèvre d’Or in Èze, France. 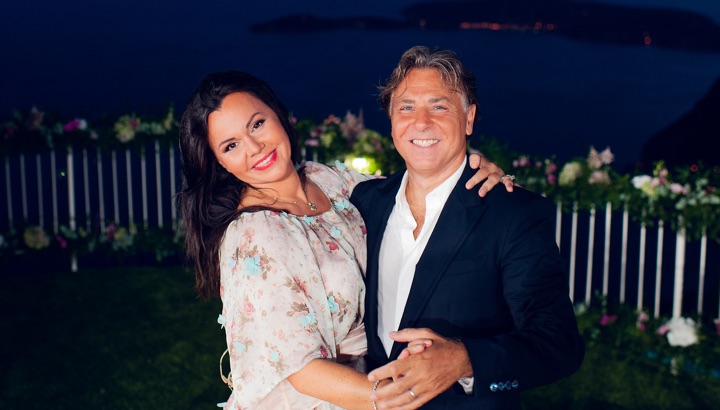 As this lockdown drags on and on, I often find myself sitting in my tiny New York apartment listing all the places I’d rather be. Two locations feature highly on this list: a château on the French Riviera and a front-row seat at an opera house.

Fortunately, the most recent installment of the Met Stars Live in Concert series was able to transport me to both these locales in one fell sweep. On Sunday afternoon, husband-and-wife duo Roberto Alagna and Aleksandra Kurzak presented a charming program of operatic favorites from the patio of the Château de la Chèvre d’Or in Èze, France.

Just west of Monaco, the Château offers a spectacular view of the Mediterranean – made all the more spectacular by a truly dazzling performance from Kurzak and Alagna.

Their recital was pure showmanship – worlds away from the solemn austerity of Jonas Kaufmann’s offering or the cheery warmth of Renée Fleming’s. Every number was delivered with flair and pizazz, every gesture larger than life, every moment milked for all its theatrical potential.

As a result, the concert felt more spontaneous, more dynamic, and more “live” than the previous recitals. Kurzak and Alagna played to the cameras, often looking directly down the closest camera lens as if addressing the viewer personally.

Even when they weren’t breaking the digital fourth wall, the couple made full use of the makeshift stage, prancing, dancing, flouncing, traipsing, gesturing, capering, and generally moving about – at one point, Kurzak even fell dramatically to the ground, with Alagna collapsing to his knees next to her.

After all the pain and tragedy of the pandemic, it was refreshing to watch something so unabashedly entertaining. It was clear that the couple were having fun. Even over the online platform, their joy was utterly infectious – a breath of fresh air in these troubled times.

This is not to say that the concert was completely lighthearted, nor that these artists didn’t take the music seriously. There were some hefty, hard-hitting operatic excerpts on the program, sung with passion and commitment by both artists.

Yet, even the more serious moments had a campy energy. There was an excess of feeling, a flamboyance which often undercut the sincerity of these heavier numbers. This was not necessarily a bad thing – indeed, it was the special kind of camp that can only be found on the operatic stage.

Both artists were in good voice. The last time I saw Alagna live, it was in a disastrous performance of Samson et Dalila at the Met, in which the tenor’s voice almost gave out completely by the end of the third act.

Alagna was sounding far more robust in Sunday’s recital; however, his sound could still be rather brash. There was rarely any chiaroscuro to his voice – everything was sung at full bore all the time. Furthermore, the upper register was temperamental and the area around the passaggio often sounded tight or strained.

Kurzak, by contrast, was much more consisten. Although her high notes – once the jewels in this soprano’s crown – could be a tad flighty and her bottom register a little weak, the middle was rich and vibrant and her coloratura as agile as ever.

Her “Una voce poco fa” was bright, radiant, and a little bit cheeky. She made light work of the aria’s more virtuosic passages, endowing them with a slick, glittery sheen – all while batting her lashes and smiling coyly at the camera.

Kurzak showcased her lyrical side with Desdemona’s prayer from Otello. This number offered a moment of welcome respite from the nagging intensity of the rest of the program. Kurzak’s interpretation was certainly on the lighter side, her voice often fading to a mere whisper, as if gently caressing the ends of each phrase.

The rest of the program was devoted entirely to duets, the superstar couple putting their onstage chemistry to excellent use. They opened the recital with the Act I duet from Madama Butterfly, a number well-suited to the recital’s seaside setting. It was a delightful start to the program: Kurzak’s sunny, sweet sound contrasted perfectly with Alagna’s more aggressive timbre.

The couple reprised their riotous rendition of “Caro elisir”, which they performed to considerable acclaim in the Met At-Home Gala. Kurzak and Alagna allegedly met during a production of L’Elisir d’Amore, and it’s clear that this duet holds great significance to the couple. Alagna brought a sharper, more brilliant edge to his sound – more reminiscent of his early years – while Kurzak sang with a bubbly exuberance.

The couple did not shy away from the theatrics in this number. Alagna took several generous swigs from his bottle of “elixir,” occasionally miming an air guitar, and at one point launching into full-throated cover of an Elvis classic.

The couple closed the first half of their recital with “Tu qui, Santuzza?” from Cavalleria Rusticana, bringing a touch of Sturm and Drang to the program. Here, Kurzak and Alagna were not ideally matched: Kurzak’s voice was not quite large enough in the lower and middle registers to make a compelling Santuzza, paling compared to Alagna’s blaring Turiddu. Yet, this did not detract from the dramatic impact of the number: Kurzak sang a large portion of the duet lying on the ground and shamelessly shrieked Santuzza’s Easter curse.

Following Kurzak’s performance of Desdemona’s prayer, the couple launched into a performance of the Act I love duet from the same opera. By this point in the program, the sun had well and truly set over the Côte d’Azure, mirroring the duet’s dusky Mediterranean setting. Both Alagna and Kurzak made a big point to gesture up to the (notably clouded) night sky at any mention of the Pleiades, making full use of the outdoor location, and both voices took on a tender, nocturnal quality, their timbres notably softer, more mellow.

The last three duets were far more schmaltzy: a bilingual version of “Lippen schweigen” from The Merry Widow (which saw both singers swaying and waltzing their way around the stage); the Mexican classic “Cielito lindo”, accompanied by a guest trumpeter; and “Funiculì, Funiculà”, featuring Kurzak on the castanets and Alagna bashing away on the biggest tambourine you’ve ever seen.

Despite the slightly cheesy André Rieu vibe of these final numbers, it was gratifying to see both singers play off each other in charming and unexpected ways.

The recital was accompanied by a string quintet, a welcome change from the piano reductions featured in the previous recitals. Despite some intonation issues in the middle voices, the Morphing Quintet brought a wealth of color to the program, running the gambit from shimmering Verdian sonorities to cheeky pizzicato grooves.

Once again, the Met has done a stellar job of bringing opera into our homes in these difficult times. Of the three recitals so far, this was the most technologically accomplished: the camera work was more subtle, and the sound mixing was impeccable (despite the outdoor setting, perambulating singers, and large accompanying ensemble). It is becoming clear that the Met’s Live in Concert series is fast becoming the most essential operatic viewing of the pandemic.