My first exposure to Lucia di Lammermoor came under the auspices of The Three Stooges. 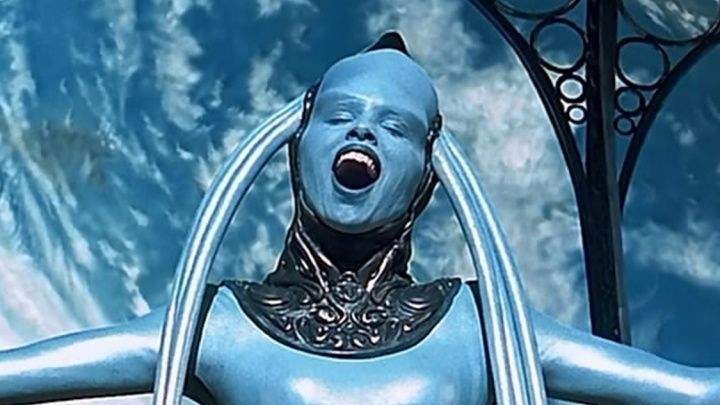 Gaetano Donizetti probably made himself a lot of friends in 1997 when Luc Besson’s The Fifth Element premiered. A space ship under attack by forces that, unchecked, will destroy the universe—you know the deal—maintains its calm by giving a performance of the Mad Scene from Lucia by an octopus-headed freak diva. (Inva Mula does the singing.)

In an audience of alienated life forms dressed by Jean-Paul Gaultier, only Bruce Willis fidgets. Perhaps he suspects an army of space-goons will erupt before the cabaletta, as indeed they do. Even worse, a metallic beat interrupts the melody and the diva breaks into, well, moves. And there is no glass harmonica.

Lucia has been in the repertory ever since 1835. You can cut it. You can translate it. You can twist and torment the staging. You can do it amateur or overproduced or in drag, but the piece is cast-iron. Even space aliens can’t kill it.

My first exposure to the score came under the auspices of The Three Stooges. They played maintenance men at a recording studio, and Curly (a mop on his head) was lip-syncing the Sextet when a nearsighted grande dame dropped in and hired them for a party where, you just knew it, the caterer delivered far too many cream pies. But that tune! That tune was irresistible! I couldn’t get that wonderful tune out of my head!

The Sextet is among the great tunes of all time, and so is the Mad Scene, and so is Edgardo’s death scene, and so is Enrico’s rumty-too cabaletta. But let’s turn to the sensuous duet of Edgardo and Lucia as they part at the end of Act I: “Verrano a te sull’ aure,” perhaps too sweet for its emotional moment. 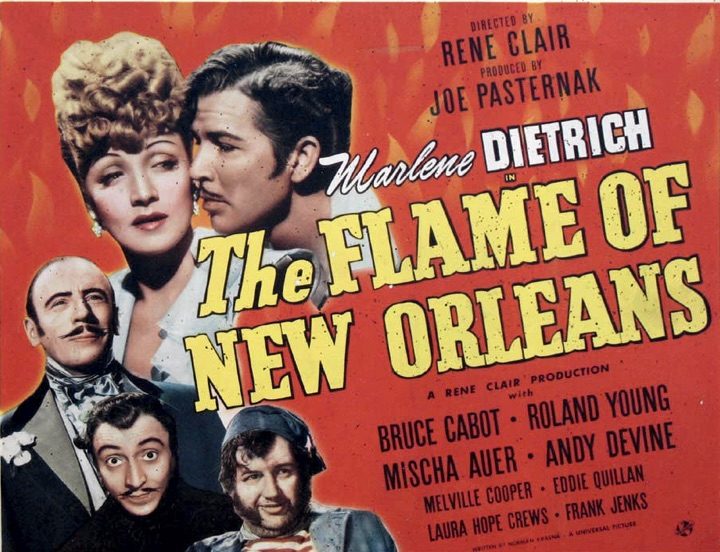 Its very eroticism inspired the producers of The Flame of New Orleans in 1941 to make it the leitmotif of Marlene Dietrich, a lady with a European past who has come to town to acquire a rich husband. But complications ensue—including a handsome pirate. And whenever the pirate is alone with Marlene, we hear “Verrano a te,” a sure sign their hormones are humming a due. She abandons a rich boy at the altar (a strategic faint) and in the final shot, her wedding veil drifts out the window of the pirate’s cabin, and Donizetti reveals exactly what is going on.

“Verrano a te” serves another, sinister purpose in Luchino Visconti’s film, La Terra Trema. A Sicilian fishermen’s family are accompanied in their chores by an old grandpa who plays the clarinet—the Sleepwalking Scene from La Sonnambula. It may not seem as appropriate as one of Bellini’s march tunes, but it is certainly local product. But then the local cop comes by whistling—and what is his tune? “Verrano a te.” Clearly he is a mainlander, from up north, up to no good. He plans to seduce the fishermen’s naïve sister—but any lover of bel canto would have been on to him. 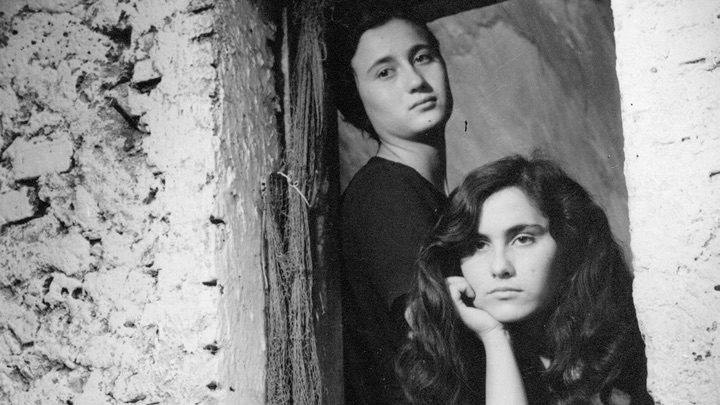 The first film scores were often played on the piano or a mighty Wurlitzer. The player kept an eye on the screen and had a repertory of familiar tunes handy. Norman Lloyd, who (when I knew him) headed Rockefeller Foundation musical grants, had in his youth earned pocket-money on the moviehouse circuit. He once had my parents put some adventurous movie on TV, sound off, while he sat at the piano across the room and, knowing nothing of the story, came up, glance by glance, with appropriate tunes from his well memorized collection of favorite pops and popular classics. Von Suppé and Offenbach were always useful—too much Rossini and audiences might clap along.

It is a delight to go to Film Forum when Steve Sterner is at the piano accompanying Harold Lloyd or Clara Bow at their most frenetic—though I did catch him out once, at Greta Garbo’s The Torrent, in which she portrays a Catalan opera singer. She was accompanying herself at the piano and the lyrics, in the titles, gave the game away: She was singing the “Habañera” from Carmen. Any opera lover would know that! But Steve hadn’t realized it and played some generic Spanish bolero instead. 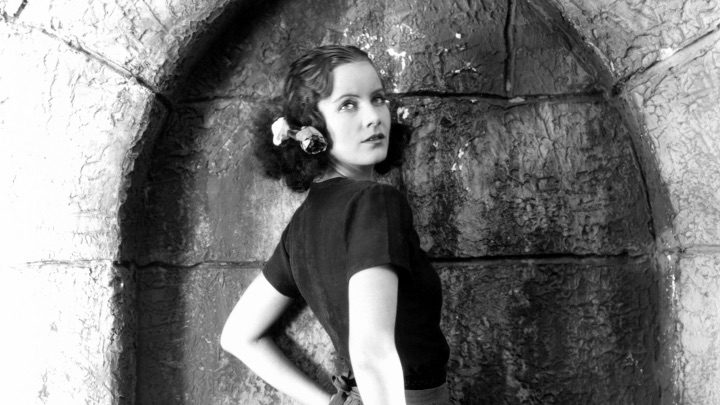 Then the talkies came in. The new technology was expensive. Musical background was an afterthought at best—they had to keep it cheap. The best choice was to use pre-existing scores that were happily out of copyright. Popular classics that everybody knew but no one cared deeply about were the drug of choice. Swan Lake was big. And Beethoven’s Fifth.

Everyone knew Il Trovatore and its risible plot—when the Marx Brothers went to the opera, what else would be playing? Everyone knew the Sextet from Lucia, even the Three Stooges. Everyone knew the galop from William Tell, so it was no surprise that a masked gunfighter in the Old West had it down. And everyone who read the papers knew about Adolf Hitler’s obsession with Wagner, so Charlie Chaplin could score points in The Great Dictator by performing a jackbooted ballet with an inflated globe to the prelude from Lohengrin. For a cabaletta, he changes character to the Jewish barber and does a shave and a haircut to a Hungarian Rhapsody.

Setting aside movies that are set around opera singers, genuine or fictitious (How did Jeanette MacDonald sing a complete Traviata, a ragtime arrangement of “San Francisco,” survive an earthquake and still manage “Abide With Me” when discovered comforting victims the next morning? And how much did a day like that pay on union scale, even in 1906?) the use of opera in movies that most appeals to me is the use that accompanies or contrasts ironically, the use of opera as, well, a sort of Leitmotiv in the action.

Wagner must intrude at this point because he invented film music, sort of, as we will consider tomorrow.