Katharine Hepburn is better than I remembered, including making a reasonable attempt at a Southern accent. And, of course, there is distinctive star quality to burn, as well as interpretive intelligence. 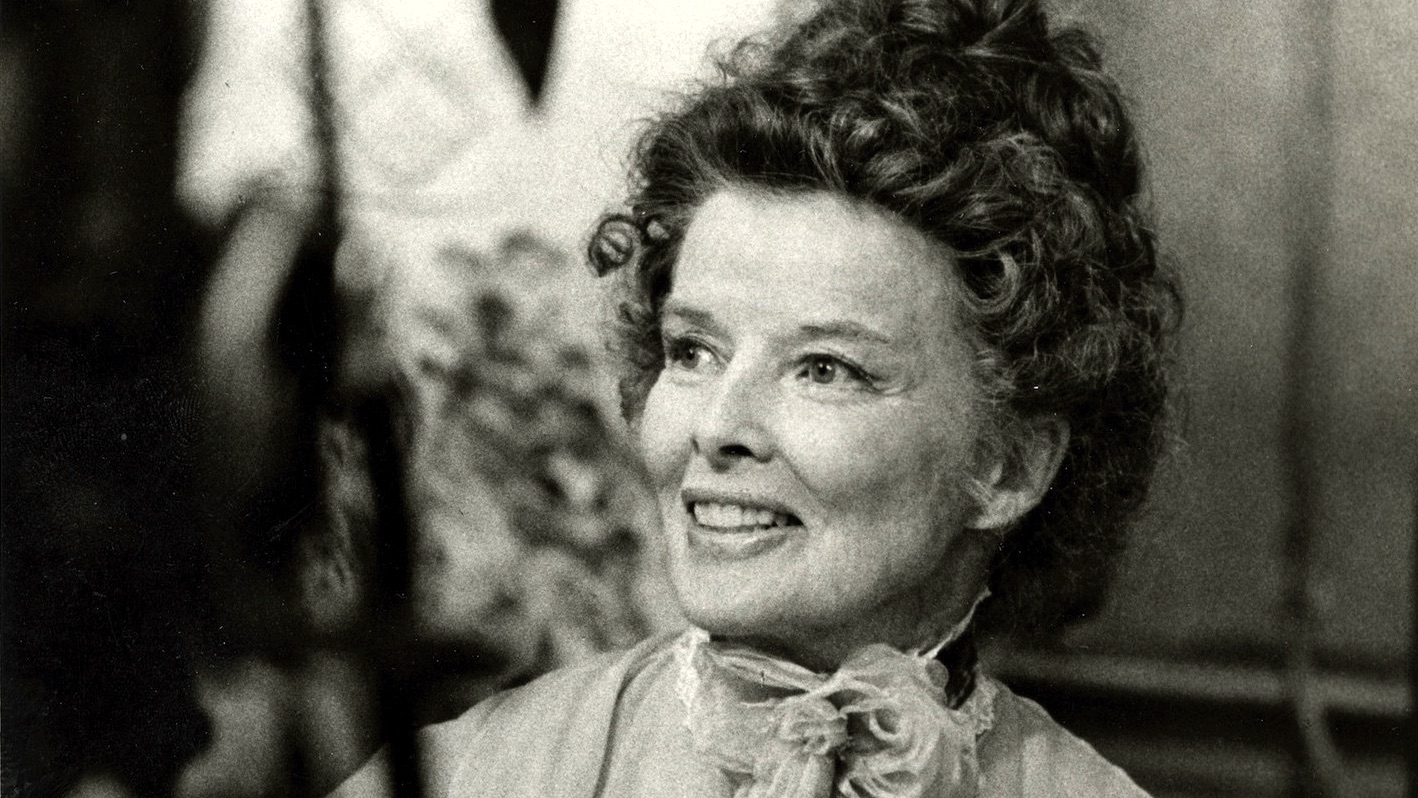 Cameron Kelsall: A mutual friend of ours loves to imitate Katharine Hepburn from a television commercial he remembers for this adaptation. “It’s a wun-dah-fuhl play about a family,” he intones in his most palsied voice. “I play the muh-thuh!” It never fails to make me laugh, and in many ways, it captures the less successful elements of Hepburn’s Amanda Wingfield. But the overall production, including her performance, also offers more to appreciate than I remembered.

David Fox: I know exactly what (and who) you mean! Everything about this project has that “Miss Katharine Hepburn” sense of sanctity about it, including the way it’s filmed, regularly positioning her centrally in two-shots for scenes where the real focus should be the other actor. That said, she’s better than I remembered, including making a reasonable attempt at a Southern accent. And, of course, there is distinctive star quality to burn, as well as interpretive intelligence. This comes within a year of one of Hepburn’s most effective late-career film performances, as Agnes in A Delicate Balance, where she’s often superb. But in TGM, too, she seems like New England gentry. That’s perfect for Albee but all wrong here. And cruel as it is to point out, her tremulousness is a constant distraction. The moment where she says to Laura, “You just have a little defect, hardly noticeable, even!” while shaking like a desiccated branch in a 12-point earthquake registers as the darkest kind of camp.

CK: Yes, at times it seems that Miss Hepburn and her Tom, Sam Waterston—another shake, rattle and roller—are trying to out-tremble each other. That poor, fragile glass menagerie never stood a chance between the two of them. But, as we’ve both alluded to already, although there’s plenty of camp potential (and delivery) in both of them, they each manage some touching and intelligent moments. I especially like the sense of reverie that Waterston brings to his drunken conversation with Laura (the luminous Joanna Miles—more on her later)—it’s easy to believe those nights at the movies (or wherever he is…) are his only reason for living—and, similarly, Hepburn’s coquettish delivery of Amanda’s jonquils monologue. Hepburn was in full-on “national monument” mode by the time this movie was made, but in that moment, you can imagine the lovely and winsome girl she was.

DF: I like Waterston here, too—he’s not the most boyish looking of Toms, but he captures that particular aspect as well as anyone. He also has a wonderful face for the camera—the sense of longing is always legible. For all these reasons, it’s especially infuriating that the opening monologue is inexplicably cut. Director Anthony Harvey and his production designers set up the beginning visuals superbly, with Tom wandering down an abandoned street that might be real or in his imagination, and suddenly visualizing a phantom Laura, darting into the street far ahead of him. It’s striking and beautiful, and then… we go straight to Miss Hepburn at the dinner table. For this reason alone, I think I rejected this TGM from the beginning. That’s too harsh, but it is a crippling moment.

CK: I’m trying to be as charitable as I can toward Hepburn, since I like much of what she does here, but it’s hard not to think of the boneheaded decision to cut Tom’s monologue as a case of the star wanting the first word. By losing the monologue, we also lose the sense of TGM as a memory play, unspooling in Tom’s mind from the distant present—and it makes the subsequent narration that isn’t excised seem clunky, because Tom was never fully established as the narrator. It’s a shame, because had the opening monologue been kept, this might have been my choice to recommend as a faithful, solid exemplar of the play’s power. A lot of that has to do with two performances that I think are about as perfect as I’ve ever seen in these roles: the aforementioned Miles as Laura, and Michael Moriarty as the Gentleman Caller.

DF: Agreed, especially on Moriarty—a revelatory performance for me, which I’ll say more about later. But Miles is also exceptional. I mean that in the high quality sense, but also that, among the Lauras we’ve been discussing in this series (and also, several others I’ve seen on stage), she suggests that the character’s “little defect”—a limp—is really a family cover-up term for something much deeper in her mental and emotional world that is askew. One would think this would be a basic starting point in the way directors and actors conceive of Laura, but hardly any bring to it the richness and resonance that Miles does here. (And by the way, this is one of the few filmed productions where Laura actually does blow her candles out, as the stage directions dictate.)

CK: Miles’ Laura does suggest a young woman stifled by the restrictions placed on her by virtue of sex—and likely compounded by a domineering mother with a very specific idea of how women should behave. Another element of the character that I feel is maddeningly ignored is that Laura is actually older than Tom, and here, Miles’ interactions with Waterston indicate that. This Laura seems to know exactly what Tom is really doing when he goes off to the movies.

DF: Agreed. Laura is a character who I think rarely registers as fully as she does here. On the other hand, virtually every Jim I’ve seen has done something interesting with that role (the exception was Josh Lucas, a blank slate with Jessica Lange and company on Broadway). Even so, Moriarty is astonishing—and for me, he makes this TGM mandatory watching. He suggests, as no other, the state of arrested development—the high-school hero who never got over it, and has failed to move on in any meaningful sense. Moriarty manages in a way I’ve never seen before to embody all the character’s narcissism and immaturity, while also somehow being likeable. It’s almost shattering to watch.

CK: The remarkable aspect of Moriarty’s performance is that he never seems callous, even as he’s manipulating Laura’s feelings and suggesting a fondness for her in a way he knows he can never fully reciprocate. The dance and kiss that lead into Laura’s favorite figurine being broken are—you’ll forgive me for this—shattering.

DF: I have several New York actor friends of a certain generation who describe Moriarty’s Tony-winning turn in Find Your Way Home as one of the great defining theater performances in their history. I’d always wondered about it, but this is the first time he actually made that kind of impression on me, though of course I knew him from television work. Speaking of which, let’s not forget to mention that, for Law & Order fans, an unforgettable moment here is watching the two Assistant District Attorneys (Moriarty and Waterston, of course) walk through a door together!

DF: Well, Cameron—with this version of TGM, we come to the last of the currently available professionally filmed versions we wanted to discuss. But certainly not to an end of our thoughts on the play! Let’s plan to follow up with various and sundry related issues, including the fascinating YouTube video clip that gives us a bit of performances by John Cameron Mitchell and Cherry Jones, along with more of Paul Bowles‘ beautiful score. Till we meet again…