Better than the sum of its parts

Is there any opera more bullet-proof than Le Nozze di Figaro? 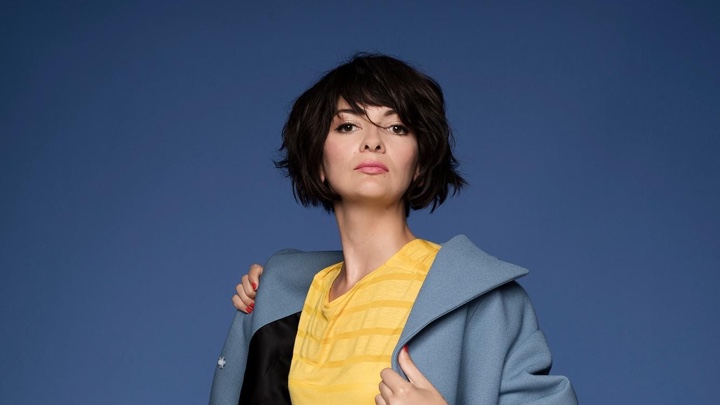 Marianne Crebassa (Cherubino) “whose voice is rich, huge, and utterly sure of itself.”

Not that it’s at all easy to do perfectly, but as performances that are invariably greater than the sum of their parts go, Nozze may be unbeatable.

Wednesday’s performance at the Met was proof that Sir Richard Eyre’s by now veteran production is consistently getting by on Nozze-magic more than precision or brilliance—but, happily, it was also proof that the magic still works, as a decently sung performance with more than a few sloppy moments still ultimately came out to a delightful evening.

Much of the blame for the consistent messiness of these Met Nozze revivals must fall on Eyre himself. His production updates the action to a Seville of the 1930’s, offering little in the way of a reading of the show but bringing a legibility to the opera’s class dynamics.

Particularly in the costumes, which are quite Downton Abbey, with the servant characters in matching livery and the aristocrats in tuxedos and slinky silk gowns, the gulf between master and servant looms large in an immediately visible way. This aspect of the setting is quite useful, but the production becomes a liability where the set (by Rob Howell, as are the costumes) is concerned.

The cluster of hollow columns that comprises the production’s set cramps the singers’ movements, and, worse, silos them off from the orchestra, a setback conductor Cornelius Meister did not seem quite able to curtail. The result was repeated moments where singers and orchestra were noticeably unsynchronized, as if taking two completely different tempi.

These uncouplings occurred primarily during moments of ensemble singing, but quieter arias had their tempo issues as well, particularly for Anita Hartig as the Countess and Hanna-Elisabeth Muller as Susanna, who, for “Porgi amor” and “Deh vieni non tardar,” were stuck with some real plodding accompaniments from the orchestra.

Synchronicity issues aside, the cast was largely likeable. Hartig’s Countess was warm and charming, if consistently a little droopy in moments of legato. Müller sang agiley and acted energetically, despite lacking much in the way of chemistry with her Figaro, Adam Plachetka, who is more serviceable than exciting in the role, but who nevertheless brought an endearing sort of bluster to his arias.

Vocally, the standouts were Marianne Crebassa, in her Met debut, who gave one of the least suave Cherubinos I have ever seen, all gangly limbs and twitching ardor, but whose voice is rich, huge, and utterly sure of itself, and Etienne Dupuis, singing with honeyed vigor as Almaviva.

All in all, even when the timing was off, the Met’s Nozze hit all the right notes, by turns laugh out loud funny, touching, clever, and endearing. But the opera’s ability to consistently turn out better than the sum of its parts should be all the more reason for the Met to be staging, casting, and conducting a show like Nozze with more intentionality; if a good Nozze is wonderful, how incredible would a truly great one be?