We’ve had a mini-fest of director Barrie Kosky’s work this year at LA Opera. 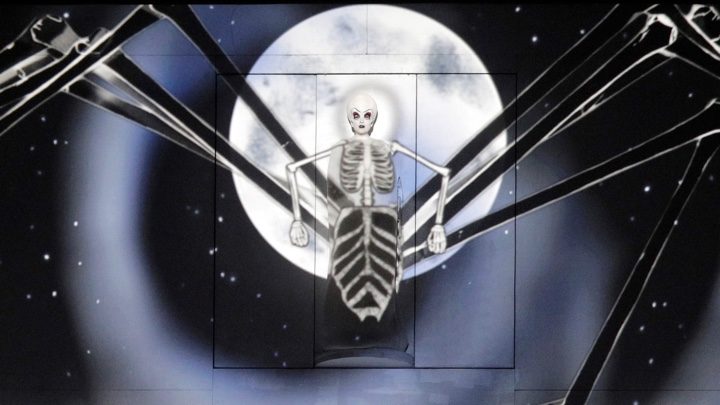 First his new La bohème was imported for our opening night and then our third production of the season being a revival of The Magic Flute. LA Opera was the first company to borrow this production from the Komische Oper Berlin in 2013 and it has proved so popular it’s on its third revival. I attended the second performance and was eager to see how the singers navigated this incredibly complex staging.

Mr. Kosky, who is no doubt a futurist, presents Mozart’s masterpiece as a pantomime homage of characters from early cinema which makes it eminently suited for Los Angeles and it’s film-centric audience. Here we’re all more like three degrees of separation (Kevin Bacon) not six.

Thanks to the charming costumes of Esther Bialas we have a tuxed-up Prince Tamino searching for Princess Pamina, who’s the spitting image of Louise Brooks, with the help of Papageno, who’s channelling Buster Keaton.

They are thwarted by Monastatos in the horrifying visage of F.W. Murnau’s Nosferatu and a star-blazing Queen as an enormous spider. Less successful is the representation of High Priest Sorastro as moving picture pioneer Georges Méliès, who I’m certain most audiences think is Abraham Lincoln.

Still it makes for very potent theater thanks to the work of collaborators and founders of the UK theatre group 1927, Suzanne Andrade and animator Paul Barritt. Using naive two-dimensional imagery reminiscent of early Silly Symphonies they paint Mozart’s fantastical world using various animated backdrops. Some of this  proved extraordinarily effective even on my second viewing of this production.

A seemingly bottomless elevator ride for Tamino to the trail of fire and water was accompanied by the armored men. Monastatos sings his Act II aria, aided by some trickery of perspective, with the audience looking straight down at he and Pamina in bed together. 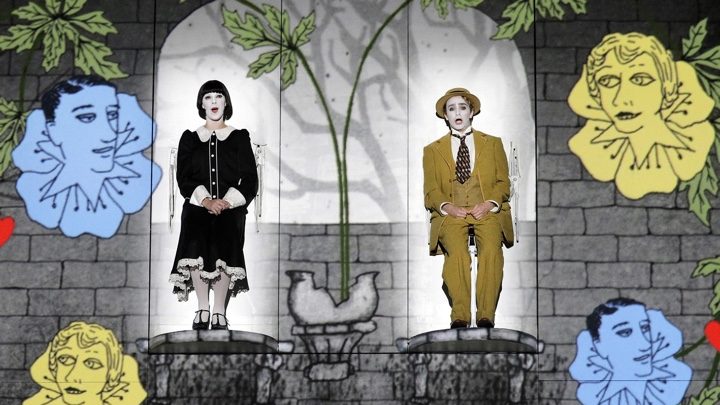 Papageno has an animated cat as a pet and the magic flute itself is a fairy-nymph sprinkling musical pixie dust over everything. These elements don’t make much sense in context but do provide the means for some charming and funny visuals. My favorite, though, is Pamina trapped in a snow globe for “Ach, ich fuhl’s,” singing of her sorrow while the snow starts to pile high around her.

How maestro James Conlon keeps all in synchronization and manages to give such a nuanced interpretation of the score is a mystery. He favors the modern instruments of the LA Opera Orchestra played in early style so string tone is kept lean. the drums are dampened and the horns muted with heavy accents.

It should be no surprise that the visuals tend to overwhelm not only the orchestra but even the singers at times. Still Conlon gave a measured and lustrous reading of the overture before the curtain pulled back on the movie screen and the choral finale, movingly sung by the LA Opera Chorus, is staged in front of the red velvet so that Mozart’s final ode receives its proper due. His support of the singers is something close to telepathy and in these circumstances I’m sure doubly difficult.

The biggest conceit to the silent screen era is that all of Emanuel Schickenaeder’s dialogue has been left on the cutting room floor in favor of animated intertitles which the singers mime to in pure 1920’s fashion. If this wasn’t amusing enough it’s underscored by excerpts from two of Mozart’s keyboard fantasia’s played on pianoforte.

However there were one or two musical in-jokes that appear to have been cut for this revival and even the titles may have been tightened up a bit which is all for the good. For the record I’m one of those people who enjoys Flute the most with the minimum of dialogue..

In our modern era opera singers are sometimes asked to do things that are antithetical to good vocal production. As if moving and acting weren’t challenging enough. Mr. Kosky’s staging has his singers for the majority of the time standing on wee plinths strapped onto spinning doors embedded in the movie screen high above the stage and even higher above the audience. To sing anything well in this position is a feat of technique over nerves. 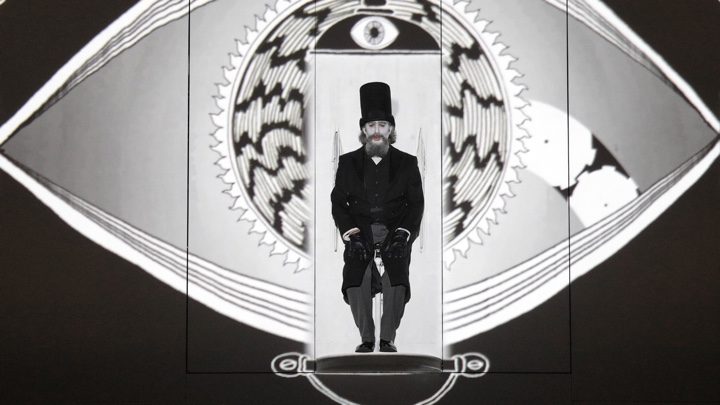 A supporting cast comprised almost entirely of current and former members of our young artists program represent themselves extremely well. The aforementioned armored men are tenor Robert Stanley and bass-baritone Steve Pence who blended well making a magnificent impression in what can often be a bit of a drone.

The three spirits came off underpowered this time and using young boys is certainly preferable to women except when their nerves get the better of them and they can’t sing out. Since they are presented in the guise of lunar months they spent their time at the highest heights which must have been disconcerting for these young men.

The Monostatos of Frederick Balantine was hilarious and exceptionally well sung. I don’t hear this as a comprimario voice but rather a young singer in development. Our Three Ladies led by Erica Petrocelli, our opening night Musetta, and Vivien Shotwell and Taylor Raven made delightful work in all their ensembles with Ms. Shotwell being a real standout for volume and vibrancy of tone.

Papageno gets short shrift in this production since he loses not only his dialogue but most of his subplot in the bargain. Still, Theo Hoffman made an enchanting bird catcher. A lovely middle-weight baritone that carried easily into the theater and he’s a born clown.

His intended Papagena suffers even worse from cuts as she only makes a single appearance when she’s introduced late in Act II by the priest to Papageno and then her final duet. Sarah Vautour worked her sparking costume for all its worth and more to make up for lost time.

We had a last minute substitute in Jeni Houser as our Queen of the Night. She’s a two-time veteran of this staging in other venues. She’s also got a very high accuracy rate in the coloratura. Bright and clean above the staff, although not entirely squeak-free, she sports a good trill.

Her tendency was to sing the repeats of phrases with better clarity than the first go round. She arsenal includes a magnificent stage curtsey that brought appreciative ooh’s and aah’s from the audience at the calls.

Our one bit of luxury casting was Ildebrando D’Arcangelo as Sarastro who was imposing in all the right spots and from no matter what height he was singing. If it took him time to warm down to the very lowest tones in the role (and they are extraordinarily low) his plangency and legato in the ensembles were the reward.

Our two lovers were debutantes to LA Opera. The Tamino of Bogdan Volkov cut a handsome figure but got off to a slow start. He made heavy weather of “Dies Bildnis,” which found his phrasing rough and cut-off’s abrupt. During the scene in front of the temple he finally managed to find his support and eased into singing some Mozart. Zuzana Markova was an uncommonly dark voiced Pamina. She too too time to find her center. Yet even as her singing improved her tone remained impure which is a shame since she moved well.

Still it’s a wonderful opportunity to experience this great work and a near-perfect introduction to opera in general for the curious newbies amongst us. Three performances remain through 15 December. 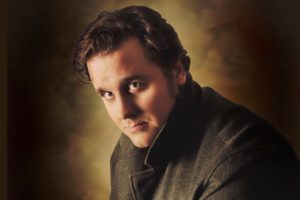 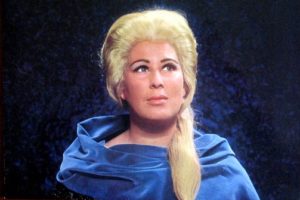 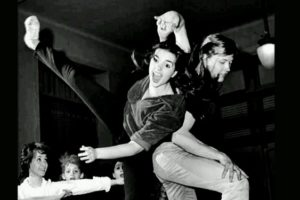 If you hit the jackpot 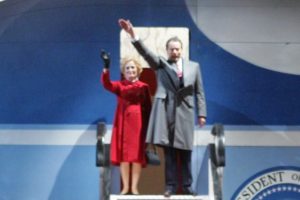 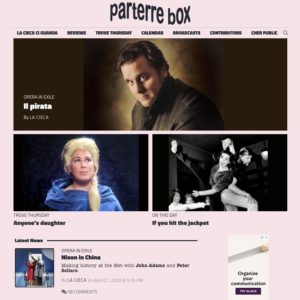