Saturday afternoon’s performance of Le Nozze di Figaro at the Met was awash with contradictions. 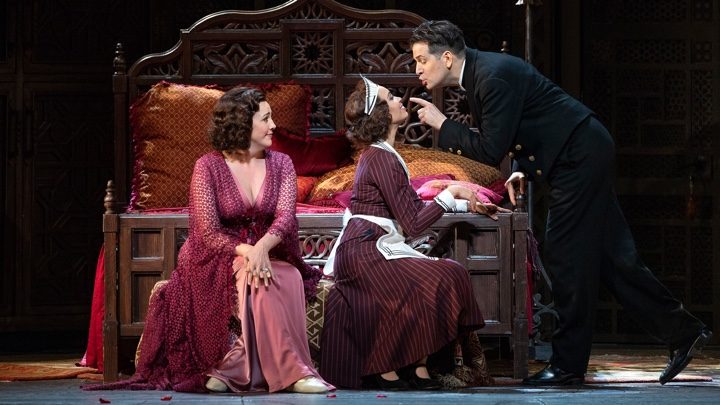 On the one hand, the performance was sloppy and poorly coordinated. The orchestra and singers often seemed to be on completely different wavelengths, especially during the faster tempi when the singers often lagged behind the orchestra (and, occasionally, behind each other).

Ensemble scenes were particularly messy: when there were multiple, interlocking vocal lines, they frequently fell out of time, only synchronizing again towards the cadence. Passages that should have been crisp and clean were muddy or chaotic, and patter passages seemed to fumble without rhythmic definition.

The performance had its fair share of vocal mishaps. Flattened high notes, phrases that tailed off (seemingly for lack of air), lines totally swallowed by the orchestra, and other such hiccups abounded throughout. These problems were not specific to one singer, but, rather, were endemic across the principal cast. It was, by any reasonable standard, a slipshod performance.

Yet, despite these myriad issues, it was absolutely wonderful – a delightful performance which impressed in spite of its many flaws. For every clumsy or uncoordinated moment, every vocal slipup, there was a moment of vocal or dramatic splendor which more than offset the blunders that had come before it.

The entire opera had a compelling sense of flow, the three-and-a-half hours speeding by at an exhilarating pace. This was partly owing to conductor Antonello Manacorda who, in his Met debut, imbued Mozart’s score with momentum and urgency. Manacorda shaped Mozart’s phrases in exciting, even unexpected ways (the fanfare-like arpeggios of “Non più andrai”, for example, were conciliatory, even graceful – not bold or brassy at all), offering a bodacious new vision of Figaro’s score.

And even when Manacorda’s vision was encumbered by the difficulties coordinating singers and orchestra, it made for interesting – and often rewarding – listening. Manacorda has carved out quite a reputation in Europe as a Mozartian, and it is easy to see why: he brought a unique touch to Figaro without ever sacrificing the balance, energy, or beauty of Mozart’s music. 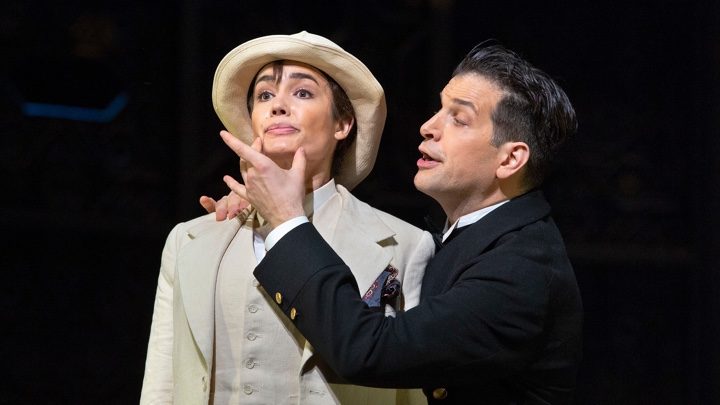 However, it was not merely Manacorda’s conducting which yielded surprising musical results: the performance, as a whole, was marked by a sense of play, particularly in the secco recitatives, which laid bare the mercuriality of Da Ponte’s libretto. The potent chemistry of the cast allowed them to bounce lines off each other in thrilling repartee, toying with a range of varied inflections of the text.

Queen of this quicksilver recit was Nadine Sierra, whose Susanna had a capricious air but a rich, full-bodied voice. Sierra excelled in the bright, breezy music of the first two acts, marrying a darkness of tone with a lightness of touch in her “Venite inginocchiatevi”. Her “Deh vieni, non tardar”, however, was a tad too heavy handed for my liking, the ends of phrases all too roughly hewn.

Susanna Phillips’ Countess did not always have the same power as Arquez or Sierra; however, her performance was all warmth and elegance, with a voice that proved colorful and versatile. Her “Porgi, amor” was stylishly phrased with a soft, aching legato extending across her range.

The pianississimo in the andante section of her “Dove sono” was utterly heartbreaking and made up for a more lackluster allegro. In the act three finale, her “Più docile sono” was one of the most of the most breathtaking moments of the opera.

Luca Pisaroni’s energetic performance as Figaro was marked by a remarkable evenness of tone across the role’s entire range, giving the character a certain debonair smoothness. His “Se vuol ballare” was somewhat understated, yet Pisaroni brought extra snarl to the return of the refrain, rounding it out with steely high notes. 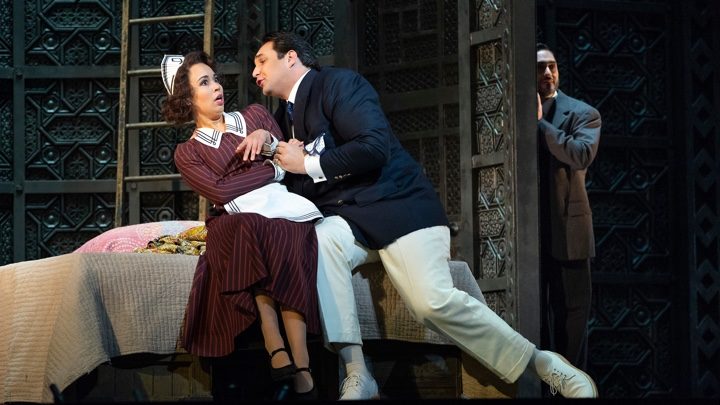 In “Non più andrai”, Pisaroni matched hefty grunt with sweet, mocking tones. However, cracks started to show in his “Aprite un po’quegli occhi”, which dragged somewhat and lacked a sense of direction.

Adam Plachetka was a sleazy, bumbling Count, his vibrant, piercing voice particularly impressive in the ensembles of the second act. His “Vedro mentr’io sospiro” had plenty of vigor, with an particularly lustrous upper register, full of flair.

Elizabeth Bishop served up some Mrs. Slocombe camp as Marcellina, with a broad, haughty voice and a strutting gait to boot. Brindley Sherratt’s Bartolo was gruff and scratchy, but his patter was limber and his comic timing spot on in “La vendetta”. In the role of Don Basilio, Giuseppe Filianoti sang with a clear, if slightly speaky tone, well suited to the first act’s intrigue.

Many readers will be familiar with Sir Richard Eyre’s Downton-Abbey-esque production, with its revolving, neo-gothic set and chic ‘30s garb. While not particularly revelatory, this production is clever and witty, and mostly deals well with the complexities of Da Ponte’s plot. It was the perfect vehicle for this imperfect, yet utterly entrancing performance.