In recent weeks local and visiting groups performed refreshing rarities by Zelenka, Domenico Scarlatti and Telemann so engagingly that one didn’t miss the old standbys at all. 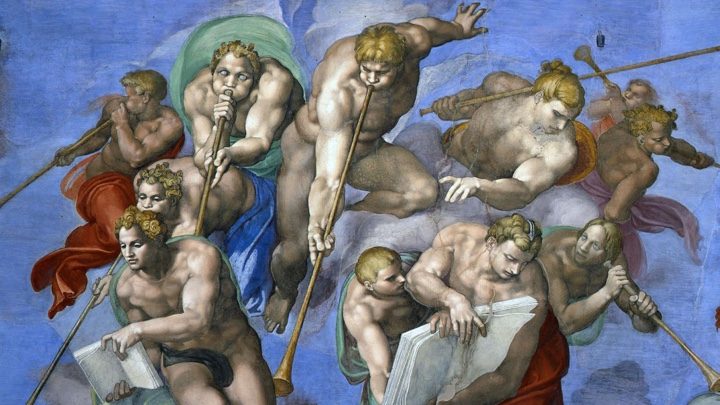 When New Yorkers want to hear 18th century sacred choral music they’re usually limited to several works by Bach, Handel and Mozart. But in recent weeks local and visiting groups performed refreshing rarities by Zelenka, Domenico Scarlatti and Telemann so engagingly that one didn’t miss the old standbys at all.

The American Classical Orchestra was first up on October 10th with a most unusual offering, the Missa Omnium Santorum by Czech composer Jan Zelenka. It was preceded by Zelenka’s best known orchestral work (perhaps because of its unusual title) the Hipocondrie. It unfortunately got the evening off to a lackluster beginning as the eccentric piece was limply attacked by Thomas Crawford and his period-instrument band.

Things improved markedly with the Missa, one of Zelenka’s most ambitious and arresting sacred works. Like several itinerant composers, he ended up in Dresden which attracted or at least embraced some of the most inventive and unorthodox musicians of the time. Zelenka left few secular works and no operas at all, but he imbued his church music with great drama, strange jagged rhythms and unusual harmonies.

Crawford’s 17-member orchestra and chorus of 18 brought warmth and intensity to the nearly one-hour mass although more than once one wished for the more incisive attack one hears in recordings of Zelenka’s works by Frieder Bernius and Vaclav Luks. The challenging solo movements were capably taken by members of the chorus which as a whole handled the extraordinarily complex choral writing with admirable aplomb.

If the entire enterprise made slightly less effect than it might have, it was due, to my ears at least, to the decision to perform the concert in a church, in this case the spectacular Church of St. Vincent Ferrer on the Upper East Side.

That this and the following concert took place in ecclesiastical settings only reinforced my long-time distaste for the highly reverberant acoustic one encounters in enormous churches. I find that while that environment can wrap the music in a welcoming buzzy warmth it also obscures a wealth of detail and the entirety emerges all blurry.

That sort of acoustic may prove most conducive to earlier choral works—unaccompanied polyphony, for example—but for high baroque music with orchestra I miss a more transparent interplay of voices and instruments. Perhaps I’ve been spoiled by recordings in this regard, but of course the Zelenka and the following concert’s Scarlatti Stabat Mater were written to be performed in churches in the context of a liturgical service.

It’s doubly odd when a work that was composed for the concert hall is done in a church. Just last year I left a fine performance of Handel’s Alexander’s Feast by Juilliard 415 and the Yale Schola Cantorum midway because from my place halfway back in the large sanctuary the whole enterprise just sounded muddy. And there’s always also those terribly uncomfortable pews to contend with.

The next week on October 18 the superb Belgian group Vox Luminis returned to New York as part of Columbia University’s Miller Theatre Early Music series. Its program “Stabat Mater” was appropriately performed at another ravishing venue, the Church of St. Mary the Virgin (aka “Smoky Mary’s) and featured as its centerpiece Domenico Scarlatti’s Stabat Mater.

However, the first half of the evening was mostly devoted to Marian music of the previous century plus (somewhat inexplicably) Monteverdi’s incomparable yet secular Lamento della Ninfa.

As they previously proved in a visit to Juilliard last year to perform Handel, Vox Luminis, directed by its towering bass Lionel Meunier is one of the today’s finest choral ensembles whose repertoire stretches from the Renaissance to the Baroque. Meunier explained—perhaps fancifully—that he created the group out of a wish to perform the Scarlatti, a piece with which the group has been extensively touring this season.

Beyond the composer’s celebrated 555 keyboard sonatas, the Stabat Mater may be his best-known work and the Belgians’s performance accompanied by four continuo players glowed with selflessly reverent commitment.

Yet it ultimately was less satisfying than the first half perhaps because I found the Scarlatti, though written in the second decade of 18th century, clearly an homage to earlier Renaissance music which I generally find nice in small doses but otherwise uncompelling.

The highlight of the St. Mary concert instead was the obscure yet infinitely poignant Lamentatio Virginis in despositione Filii de cruce by Alessandro della Ciaia, an accomplished nobleman who left several notebooks of fine musical compositions. His work consisted of alternating verses between the grieving Virgin Mary and a group of angels and prominently featured the heavenly soprano of Zsuzsi Tóth who had so beautifully begun the evening with her solo Lamentation de la Vierge au Croix.

As much as I enjoyed the other Monteverdi work Adoramus te Christe, I was most looking forward to the composer’s Lamento, one of the most riveting vocal works of the 17th century and a piece one doesn’t hear live often enough. The echoey ambiance actually enhanced the three trio who introduced the nymph’s song particularly in the crushing dissonances that dot their preamble. The soprano, Marta Paklar, who performed the ineffable lament, was less convincing however, over-emoting and breaking the vocal line with “expressive” sighs and pauses.

What a relief to arrive at Alice Tully Hall this past Saturday for the third concert knowing there’d be more hospitable acoustics and comfortable cushioned seating. Conductor Masaaki Suzuki (who had led last year’s ill-housed Alexander’s Feast) returned for his annual appearance with Juilliard 415 and the Yale Schola Cantorum, this time for Telemann’s final oratorio Der Tag des Gerichts (The Day of Judgment).

Telemann remains best remembered for his vast body of instrumental works but he wrote 10 operas and many vocal sacred compositions. He also lived a very long life, composing Tag des Gerichts when he was 81; it premiered in 1762 which coincidentally also saw the first performance of Gluck’s Orfeo ed Euridice currently on view across the street at the Metropolitan Opera.

Telemann’s oratorio in four parts followed a reading of one of his many overtures, this one for a pair of flutes and bassoon, TWV 55, which rather like the ACO Zelenka got the program off to a pleasant if slightly bland start. While Taya König-Tarasevich and Kelsey Burnham were beguiling on their period flutes, the French-influenced multi-movement piece failed to cohere. But again like the Missa, Tag’s splendid opening with trumpets and timpani brought the evening into compelling focus.

At such an advanced age one might have forgiven Telemann for falling back on tired formulas but Tag proved a complexly thrilling work that does justice to its potent subject matter, Christ’s judgment of the world. The work alternates mighty choruses with arias, ariosos and accompagnatos from archetypal characters like Reason, Disbelief, Devotion as well by Jesus himself.

While Gluck was dramatically moving away from “business as usual,” Telemann remained in the high baroque style—arias and many of the choruses follow the tradition ABA form and true to German tradition none of the singers decorated their da capo repeats.

Although its members are ever-changing as students enter and leave each year, Juilliard 415 continued to uphold the high standard it’s established over the past decade and its yearly partnering with the Yale Scuola has recently been one of the city’s most consistently rewarding ventures: I remember their own super Zelenka program with Suzuki conducting five years ago.

The Cantorum this year was augmented by the Yale Voxtet, a select group of eight young singers who performed Telemann’s demanding solo parts with maturity and stylish assurance. Standouts were the two suave baritones Harrison Hintzsche and Christopher Talbot.

I should add that printed program was sadly unhelpful in not identifying which singer sang what role and in not including the work’s long dense text with translation; there were, however, projected titles but it was difficult to follow the long highly pious rhetoric. If the Telemann in the end didn’t prove as memorable as the Zelenka which haunted me for days, it was a joy to hear done with dedication.

The American Classical Orchestra rarely gets the attention it deserves for its always inventive programming, but I have enjoyed its fine past Caldara and Handel performances.

For those entranced by the Met’s Orfeo and hungry for more Gluck, ACO will be performing his choral De Produndis in February.

That month will also see this season’s most noteworthy event by Juilliard 415: a concert performance of Handel’s Rinaldo that will later travel to Germany to help celebrate the centenary of the famed Göttingen Handel Festival.

By some remarkable happenstance these concerts’s featured composers were born within six years of each other: Zelenka 1679, Telemann 1681 and Scarlatti 1685 (the year that also saw the birth of both Bach and Handel).

Although one appreciates the many local performances of the St. Matthew Passion, Messiah and Mozart’s Requiem, the enthusiastic crowds that attended these three adventurous evenings were clearly mighty grateful to hear these unusual, worthwhile sacred works.