Christian Gerhaher delivers a Kindertotenlieder of such conciliatory tact that it erases all others. 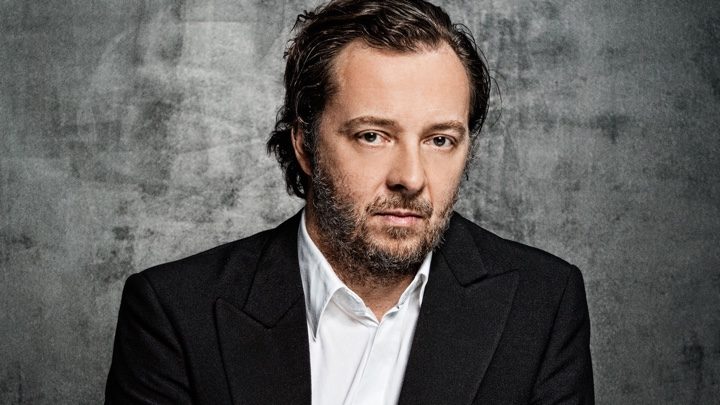 In one stop of his all-Mahler tour, the U.S. leg of which concludes in New York next week, Christian Gerhaher disarms and enraptures the audience with the fairy tales and wayward loves of Lieder eines fahrenden Gesellen and selections from Des Knaben Wunderhorn.

His approach, warmly professorial, is startlingly direct and serious. The gravitas of what he sings vibrates in his body. The child in you watches and listens, rapt. And then, as if he killed off those same children he once held in his thrall, he delivers a Kindertotenlieder of such conciliatory tact that it erases all others.

Or, at least that was the reaction I had to his Vocal Arts DC recital on Friday evening at the Kennedy Center.

Kindertotenlieder, “Songs on the Death of Children,” stands out for me because it has never wrung me out like I thought it should.

I first sought it out in the months after my brother died suddenly in 2017, joining my sister Maggie who died shortly after she was born in 2005. I expected to feel some sort of transcendental connection with the narrator, albeit a parent, who laments the death and the absence of two children. I assumed that some sort of indulgence in the deep, steady grief of most of the songs should be somehow healing as I tried to adjust to the new physical shape of my family.

However, that wasn’t what I found. It’s probably because forcing myself to weep through a piece of music was both somehow a pointless and unattainable goal for me.

Or maybe because Charlie was basically uninterested in classical music and I’d sooner shed a tear listening to Stevie Nicks or watching a rerun of The Anna Nicole Smith Show, or worse, the Anna Nicole Smith opera (he was a talented painter and in the final year of his life, his deep empathy and fascination with her drove him to produce 13 varying portraits of her for his AP Art class concentration).

But listening to Kindertotenlieder, recreationally as surely all the kids do and I often did (on numerous recordings and in-person with Anne Sofie von Otter in 2017), never made me feel more sad or more consoled or more accompanied or more alone. I did not understand how that could be.

Except for Gerhaher’s recording of the cycle from 2013 with Kent Nagano. His directness transmitted through to me on record and the gentle, anti-maudlin touch he give to the poems always appealed to me. But to see it in recital was something else; Gerhaher is not an indulgent artist and that comes through most clearly in the hall.

In Kindertotenlieder, he acknowledges with respect, awe, and empathy the mammoth awfulness of the five-song set of Friedrich Rückert poems written after the deaths of two of his children to scarlet fever. Then, he simply transmits.

The sense of identification I felt with the piece here hit me as a surprise, even beyond what I expected. There is a performance of grief and there is its execution; one is temporary and acutely sensual, the other unending and unadorned. Gerhaher’s execution of it, etched in a vibrato-free and penetratingly clear baritone, is not saccharinely sentimental but limned with a retrospective optimism.

It is the difference between the predictable “now they’re gone” and the affirming “but I’m still here.” The feeling of isolation is viscerally familiar, but even more powerful and immediate was the representation of resilience. That is the actualizing hallmark of the active verb of “grieving,” the talking with you and remembering, the processing and sharing once the all-consuming lamenting comes to an end.

His handling of the text is meditative and intentional, his singing is serene and assured. The glowing, D-major ending to the final song here just feels like an addendum to the narrator’s psyche across the previous four and a half songs instead of a Pollyanna Post-It note about how “it all gets better at some point.”

I welled up after the music ended, not during; grief is the feeling of absence of a person combined with the groping in the dark to discover the new shape your old life has taken on. The present and the future are equally daunting, but we stagger forward and eventually walk and then eventually lead others. Gerhaher’s execution of Kindertotenlieder seems to suggest that and our collective, lived experiences second it.

His approach to the final cycle had an added poignancy because it varied somewhat from his approach to the previous ones. In fact, throughout the first two thirds, I could not shake the comparison of Gerhaher to Peter Falk’s nameless “Grandfather” from The Princess Bride, both in their appearance and in the attentively characterful way they delivered their stories.

Gerhaher’s distinct delicacy of attack and columnar sound across his range create smooth and arching phrases he dispatches with a parlando confidence. The songs become little worlds unto themselves. If you can’t call his approach to Gesellen, Mahler’s earliest song cycle, conversational, it was confiding at the very least (especially “Ging heut morgen übers Feld”).

But he also doesn’t fear rage, and “Ich hab’ein glühend Messer,”, complemented by the tension-driven and mercurial accompaniment of the indispensable Gerold Huber, became a thrillingly satisfying duet with piano.

Despite how Mahler’s insistently noble music works around as opposed to with the folkish poetry of the Wunderhorn selections, it created ample opportunity for Gerhaher to animate the characters that populate the verses.

The sleepy, gloomy sentinel of “Der Schildwachte Nachtlied,” the starving boy of “Das irdische Leben,” the lovesick reaper by the Rhein in “Rheinlegendchen” all came distinctly through, emerging across the spectrum of Gerhaher’s rangey voice from a huskier lower register to an even, pearly middle to a dreamy passaggio that is now maybe accessed with less ease than it once was.

That the programmed cycles became increasingly more cohesive within themselves from start to finish emphasized Gerhaher’s interpretative development alongside Mahler’s. And Huber, Gerhaher’s longtime collaborator, provided rich, energetic, and propulsive support throughout.

As I said, I’ve yet to find another version of Kindertotenlieder that resonates with me in those same depths as the narrator’s the way that Gerhaher’s does, and it isn’t the commemorative piece of art for Charlie and Maggie that I had projected it to be.

I’m now somewhat surprised that a singular interpretation of Kindertotenlieder, from recording to recital hall, could “draw the night out from inside of me and immerse it in eternal light.” But that is the same work that art does for us and that we do inside ourselves and for each other.