There were plenty of Turan-do’s and only a few Turandon’ts at the Met’s Turandot Sunday afternoon. 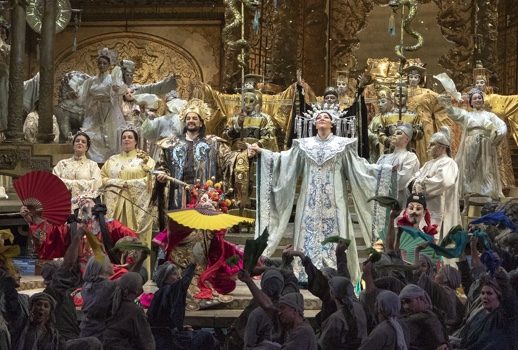 At the the first Sunday matinee of the season and a revival of Franco Zeffirelli’s gold-plated production, Yannick Nézet-Séguin’s conducting was illuminating throughout, bringing forth colors and textures I’d never noticed before in Puccini’s weird, wonderful, glorious score. The brass players were on fire under his baton, the percussion pinged with energy.

I think Turandot is truly one of Puccini’s best works, a fact made infinitely more complicated by the Orientalism baked right into it, as three of the iconic melodies were taken from a Chinese music box Puccini received as a gift from the Italian ambassador to China.

Zeffirelli, for whom more was always more, bless him, heard this Orientalism and leaned right in. His Peking is cramped, dirty, murky-dark and overcrowded, chorus members scurrying and simpering in an uncomfortable replication of stereotypes of bowing, submissive Asian characters. Above this squalor rises, like the moon, Turandot’s palace.

Here Zeffirelli reveals that he was in the pocket of Big Glitter all along, as the set is basically spangles on sequins in a Charming Charlie’s. It’s almost criminally over the top, but it is also absolutely splendid, despite everything looking a tad musty with age. It’s ridiculous, but it’s just what I wanted from the Met on this rainy Sunday.

Give me splendor, I say, give me hundreds of yards of satin and brocade, give me bejeweled headdresses, only I wish they’d hold the stereotypes. And just maybe, just maybe, think about finding Asian singers to sing these roles in the next production and/or have a production by an Asian designer. 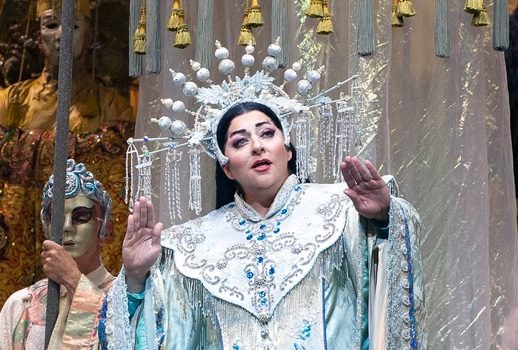 The singers did an absolutely bang-up job yesterday, (as you’ll hear in a moment), and at least we’re spared the horrible sight of yellow-face makeup, but please, Met, if you’re going to do this deeply problematic fave, perhaps think again about who’s embodying these character, and contact another choreographer of Asian descent (Chiang Ching’s original is looking a bit tired) to enliven the movements.

Zeffirelli’s China, like Puccini’s, is an escape, a fantasy. But what I like about this production is the clear delineation between the poor of Peking, who’ve grown as bloodthirsty as their princess in such an oppressive regime, and the Turandots and Calàfs of this world, who, with nearly psychopathic indifference, murder, threaten, and torture foreigners and use servants as pawns in the game of their respective hatred and desire. It’s Liù and the people of Peking who suffer from Turandot’s murderous hatred and from Calàf’s stubborn, selfish love.

Christine Goerke’s ice princess was a triumph, despite the rather thin characterization from Gozzi’s source material. She sang with immense artistry, moving her enormous voice with grace, feeling, and complete control in every moment she was onstage. “In questa reggia” was full of dynamic shading, subtlety, and beauty in Goerke’s capable hands.

This did much to humanize Turandot, who comes off as nearly heroic herself, the men she condemns as much victims of their own hubris as to her riddling. Her torture of Liù, a woman considered disposable in this world, is always inexcusable—it’s one of the cruelest moments in all of opera— but Goerke made her feel more as if trapped in a prison of her own making, resulting in a replication of the very violence against the female body which Turandot purportedly wished to avenge.

Goerke’s dramatic abilities were a bit hampered by the sheer volumne of sleeve choreography she was assigned (this is one of the elements I could skip) she had to do, but it didn’t stop her from making Turandot into a compelling antiheroine. 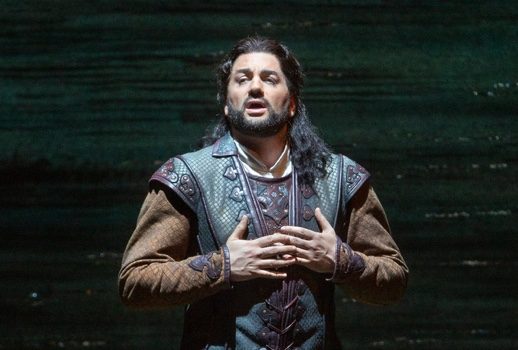 She has one of those voices that makes you feel like you’re already crying, even before you feel the tears collect under your jawline (this reviewer’s true bar for a cathartic opera-cry). Burrato’s voice simply carries you away. I wanted “Signore ascolta” to last a dynasty, and her torture scene showed even more of her expressive dramatic range with “Tu che di gel sei cinta.”

Yusif Eyvazov’s Calàf was a bit quiet for my taste. He has a bright, brassy, sound but not as much presence as his female colleague, and he was often covered by the orchestra. He lacked that cutting squillo quality that would catapult his voice over the moat of brass from the orchestra, which was a shame, because when I could hear him, I found him a fine singer.

He had an impressive moment at the end of Act I in which he held the end of “Turandot!” for what felt like a full minute as he ran back to ring the gong, singing the whole time. The direction worked against him throughout, often positioning him with his back to the audience, cutting his sound down even further. His “Nessun dorma” was his finest moment, and it felt like he was almost holding back until this point. Evyazov did well in not letting this iconic aria sing him, a difficult trap to avoid if you have a slightly smaller voice.

Back in the “utter delights” category were Alexey Lavrov, Tony Stevenson and Eduardo Valdes as Ping, Pang, and Pong. Turandot’s put-upon advisors can easily veer into boring and stereotypically orientalist, a true losing combo. However, these singers brought charm, cleverness, and humor to their parts. They looked like they genuinely enjoyed each other’s company and found each other as interesting as I found them. 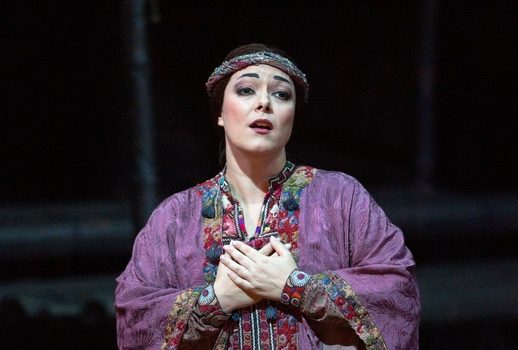 Small ensembles like this are notoriously hard to put together, with such tightly interwoven parts, but this trio pulled it off with aplomb. All three sang well, acted well, and were funny without turning too much into caricatures (well, inasmuch as Ping, Pang, and Pong can be anything other than caricatures). It was lovely to watch such fine singing actors enjoy themselves onstage.

Good turns were made by James Morris as Timur, whose bass-baritone was powerful, compelling, and expressive, but with an occasional wobble. Carlo Bosi distinguished himself as Emperor Altoum, whose tenor was often more heroic than Calàf’s. Even Javier Arrey’s Mandarin was memorable for his robust, commanding baritone.

The ending is always somewhat anticlimactic, with Turandot’s change of heart coming from left field, and their love little more than lust at first sight. Their kiss is forced, with Turandot falling to the ground in tears, worried that her power is lost.

This is not a good look, but Goerke sold Turandot’s resistance and eventual coming-around as best as could be expected with the staging, which really should be changed under Paula Suozzi’s direction to have Calaf lean in and Turandot close the gap between them, making it her choice to abandon her own directive. It’s not as rapey as it could be, but, especially in the light of, ahem, recent events the Met, should think twice and think twice again about how they portray these moments of “seduction.”

Overall, however, this was an excellent way to spend a Sunday, basking in the dim glow of a million sequins and enjoying some superb singing. 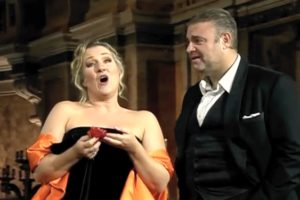 A couple of misfits 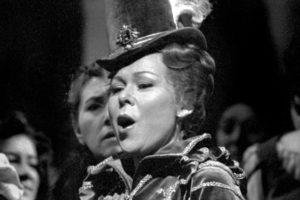 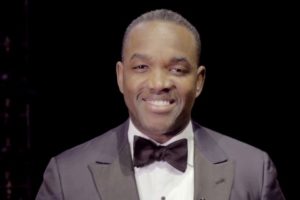 Friend me a tenor

By the beautiful sea