As the Netrebko-crowned Macbeth took to the stage at the Met, just a few blocks away, Teatro Grattacielo presented its 25th Anniversary Gala Concert. 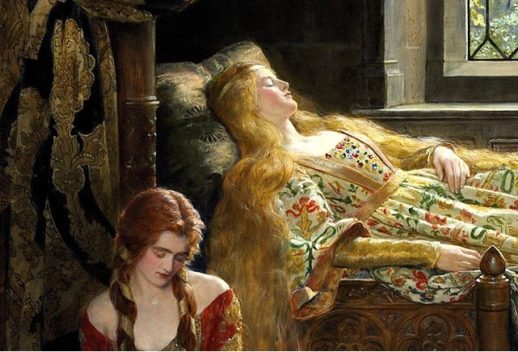 Fans of Italian opera were spoiled for choice on Saturday evening: at the Met, the Netrebko-crowned Macbeth took to the stage for its second performance of the season, while just a few blocks away, at the Gerald Lynch Theater, Teatro Grattacielo presented its 25th Anniversary Gala Concert. For those who tire of the perpetual cycles of Macbeths, Turandots, and Traviatas on opera’s main stages, Teatro Grattacielo was the perfect ticket, offering a fresh and lively evening of overlooked gems from the Italian giovane scuola.

Act I of La Bohème was on the program—but not Puccini’s canonical version. Teatro Grattacielo instead brought us Leoncavallo’s rarely sung but equally deserving version, alongside selections from Catalani’s Loreley and the third act of Respighi’s La bella dormente nel bosco, all in concert performance, with symphony orchestra and small chorus.

Compared to Puccini’s version, Act I of Leoncavallo’s La Bohème is a non-stop party: it begins with the Bohemians already letting loose at the Café Momus and culminates in a drunken game of billiards (the loser settles the bill, of course). Mimi and Rodolfo are already an item, and Musette is a new arrival on the scene, instantly catching the eye of Marcello, who, in this case, is the romantic lead.

Indeed, Mimi and Rodolfo are but a side show in Leoncavallo’s version, the boy-meets-girl love duet at the end of the act given to Marcello and Musette. Mimi is not the timid, paling waif of Puccini’s version; she is already “one of the boys”, singing raucous, cabaret-like ditties for her fellow Bohemians. Her music typifies the playful, episodic aesthetic of Leoncavallo’s score, which, next to Puccini’s score, can occasionally seem erratic and annoyingly upbeat.

If Leoncavallo’s La Bohème feels like Puccini’s version on caffeine, then Catalani’s Loreley feels like someone strung together the offcuts from Wagner’s Götterdämmerung: there is a dwarf-king called Alberich, some water nymphs, a mysterious oath, and a Rhine-side love triangle. Catalani’s music also takes on a Wagnerian heaviness, with long, through-composed monologues pervading his score (three of which, Loreley’s Act I “Ove son? Donde vengo”, Anna’s Act II “Amor celeste, ebbrezza e pena”, and Walter’s Act III “Ove sono? Che fu?”, were excerpted in this performance).

By contrast, Respighi’s Sleeping Beauty is very much a product of the jazz age, culminating in a swinging ragtime finale. Like Ravel’s L’Enfant et les sortilèges, which premiered just three years later, Respighi’s Sleeping Beauty uses pastiche and parody to construct a fantasy world that is nonetheless earnest in its emotional outlook. The third act of this charming opera is short but lush, providing the evening’s performance with a soaring fairy-tale ending.

Between these three excerpts, there were some 18 different soloists onstage, singing 21 different roles, creating something of an ensemble cast. And the performances were, on the whole, energized and impassioned, showcasing a delightful mix of emerging and established talent, and making a powerful case for the reintegration of these largely forgotten works into the performing repertoire.

Stefanos Koroneos brought plenty of steel to the role of Schaunard: his quicksilver high register added a touch of excitement to Leoncavallo’s billiards game, while his wheeler-dealer quasi-recitativo had a persuasive lilt during as he sweet-talked the bartender, Gaudenzio (Ronald Naldi, bright-voiced, with a characterful high patter.)

Koroneos also made a cameo appearance in the Respighi, bringing plenty of laughs as Mr. Dollar Cheque, a flamboyant, filthy-rich American excursionist who speaks only in piginized, phrasebook Italian (think B. F. Pinkerton, but even less subtle).

Also straddling the Leoncavallo and the Respighi was Susanne Burgess, whose star turns as Mimi and the Princess could not have been more different. She leaned into the burlesque of Leoncavallo’s Mimi, lending a harder edge to her middle and low registers and a cheeky spin to her crisp soubrette top. By contrast, her Princess was all lyric splendor, with a rich, even legato, and a more measured tone.

Thomas Massey’s Prince, however, was initially a little overcooked, and it would have been nice to hear a tad more sweetness and restraint in the sound at the beginning of the act. However, as Massey warmed into the role, he struck a finer balance between lover and hero, finding a lightness and an elegance in his duet with the Princess.

The highlight of the Respighi was Robert Balonek’s woodcutter, whose refreshingly down-to-earth performance was matched with a round, full-bodied sound and a nuanced sense of line. His aria showcased, on the one hand, sparkling high notes and a slightly gruff lower register smoothly integrated with his clear, tempered middle.

Balonek also lent his voice to the role of Colline in the Leoncavallo; along with Suchan Kim’s Rodolfo, Anna Tonna’s Eufemia (Schaunard’s girlfriend), and Stephano de Peppo’s Barbemuche (the stranger who eventually pays for the meal), he formed part of a tight but colorful ensemble of rowdy Bohemians. It was fitting that the Bohemians were cast with such a diverse and complementary range of voices, with Tonna’s vivid, knife-like chest voice and de Peppo’s rugged growl contrasting with the more strident voices of Balonek and Kim.

Topping all this off was Alessio Borraggine’s ravishing Marcello, his buoyant lyric tenor deftly transmuting Marcello the waggish eccentric and into Marcello the suave amorist as the act progressed. The lucidity and focus of his sound stuck out within Leoncavallo’s complex ensembles, Borraggine performing with infectious vivacity throughout.

Borraggine’s sound gained a freedom and a luster in the closing love duet, a bloom sadly not met by Emily Hughes’ more tentative Musette. A few coordination issues early on between Hughes and Maestro Israel Gursky put her Musette off to a rocky start; however, she found her stride somewhat over the course of the act, revealing a peppy, supple mezzo.

Technical issues also plagued Jeremy Brauner and Ashley Bell (singing Walter’s aria and Anna’s aria from Loreley respectively), who seemed to battle against Catalani’s heavy orchestrations and long, swelling phrases. Both singers possessed clear, resonant voices; however, both seemed to strain with the weight of their roles, their higher registers often sounding tight, even forced.

More appropriately cast was Kirsten Chambers (singing Loreley’s colossal Act I aria), whose voice, at once muscular and sumptuous, rose to meet the demands of Catalani’s writing. Chambers—who is covering Marie in the Met’s upcoming Wozzeck—proved herself a striking actress, effortlessly conjuring up the spuming and swelling of the Rhine through her magnetic onstage presence.

Of the smaller roles, Joanna Mongiardo’s Fatta Azzura (in the Respighi) and Jordan Weatherston Pitts’ Becero (in the Leoncavallo) were unexpected scene-stealers, proving, with just a few lines of music, that their voices were grossly underutilized in this performance. Mongiardo adroitly navigated Respighi’s coloratura with strength and verve, while Weatherston Pitts’ cool, bracing sound immediately caught the ear amidst the din of the Café Momus.

Under Gursky’s baton, the strings were a tad sluggish, and experienced some tuning issues, especially in the Leoncavallo; however, the brass brought plenty of punch to the blaring chords of the Catalani, and the woodwind solos of the Respighi were slick and vibrant. Although both the strings and the chorus could have benefited from stronger numbers, Gursky effectively managed the blend and balance of the orchestra, bolstering the vocal lines while bringing out some of the more colorful moments of verismo orchestration.

Ultimately, it was wonderful to hear these three (sadly neglected) works receive such a joyous and enthusiastic performance. Such experiences serve as a reminder of the importance of these smaller, more fleet-of-foot companies to New York’s cultural landscape—as vehicles for lesser-known or emerging artists, as advocates for lesser-known repertoire, and as purveyors of intimate, unexpectedly exhilarating musical encounters.