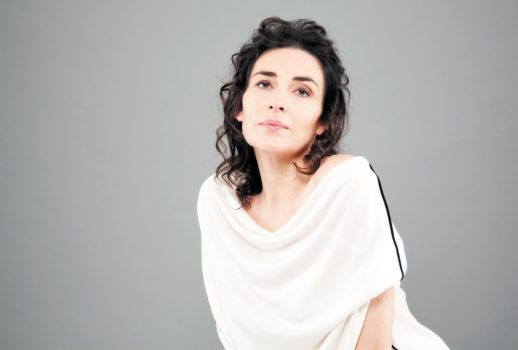 I can’t believe it’s been 30 years since I first heard Gens in two small parts at the US premiere of the legendary Les Arts Florissants production of Lully’s Atys. She was just 20 years old when she took part in the Atys recording made two years prior to that New York visit!

When Atys returned to the Brooklyn Academy of Music three years later, Gens had already become too significant an artist for her previous tiny roles and instead headlined Purcell’s The Fairy Queen on another LAF tour later that same year, 1992.

One of her most striking New York appearances was as the shunned Phébé in Rameau’s Castor et Pollux in which the usually coolly elegant soprano revealed unsuspectedly flaming temperament.

I may be wrong but I believe her most recent US appearance was way back in 1996 when LAF brought Robert Carsen’s production of Handel’s Orlando to BAM. There was a special one-off concert of Handel concerti grossi and arias from the Ode for St. Cecilia’s Day, the highpoint however was Gens’s fiery Silete venti. Her encore though wasn’t Handel at all but Purcell’s “Fairest isle” from King Arthur which was the last time I heard her on these shores.

However, next April she is due to sing Circé in a staging of Leclair’s magnificent opera Scylla et Glaucus with San Francisco’s Philharmonia Baroque followed by a pair of performances at Versailles.

I’m tempted to attend but unfortunately I’m pretty allergic to the other soprano, but if her 2005 recording of a Scylla excerpt is any indication Gens should be an effective sorceress.

If Gens has not graced this country for many years, her astonishingly vast discography has allowed her to cultivate many fans here in an astonishingly wide-ranging exploration of French music from the 17th through the 19th  centuries.

I own so many CDs of baroque music with Gens I scarcely know where to begin recommendations. There are ravishing collaborations with countertenor Gérard Lesne including works by Jommelli and especially a luminous Galuppi Confitebor.

With conductor Hervé Niquet, three early volumes of sacred music by Jean Gilles are worth hunting for, and among numerous projects with William Christie and Les Arts Florissants, I particularly enjoy their Delalande grand choral works. And the Couperin Leçons de Ténèbres again with Rousset in which she partners Sandrine Piau is truly heaven-sent.

For the past decade however she has been deeply involved in exploring some of the most obscure 19th century French operas often under the sponsorship of the Palazzatto Bru-Zane. Those projects have included Halévy’s La Reine de Chypre,  Saint-Saëns’s Proserpine,  David’s Herculanum,  Gounod’s Cinq-Mars,  and Godard’s Dante.

The most recent one issued might seem ridiculously familiar by comparison—Gounod’s Faust co-starring Benjamin Bernheim—but the CD presents a long-ignored version with spoken dialogue and is accompanied by Rousset’s period-instrument orchestra.

But Offenbach remains an important part of Gens’s career these days: she participates in a series of New Year’s galas in Lyon commemorating the composer’s 200th  birthday before returning to the Paris Opéra to tempt Michael Fabiano as Giulietta in Les Contes d’Hoffmann.

This week’s Offenbach can be downloaded by clicking on the icon of a square with an arrow pointing downward on the audio player above and the resulting mp3 file will appear in your download directory.

Gens performing some of Cantaloube’s arrangements of the Chants d’Auvergne can be found here, as well as her again teaming with Piau and Christie in Mozart’s Davide Penitente.