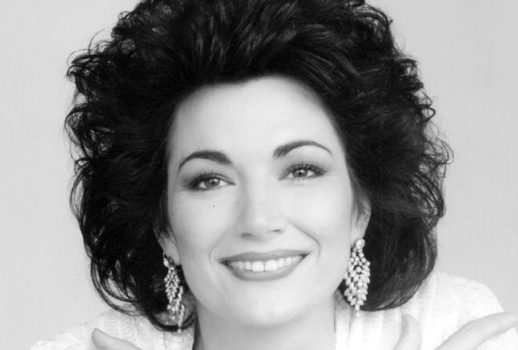 Vanessa has had a complex history since its 1958 Met premiere, when it was directed by Gian Carlo Menotti, who was also both the work’s librettist and the composer’s romantic partner. Its starry cast, led by Dmitri Mitropoulos, included Eleanor Steber, Nicolai Gedda, Regina Resnik, Giorgio Tozzi and in a star-making performance, Rosalind Elias as the seduced Erika.

The new opera was swiftly recorded and shown off at the next year’s Salzburg Festival but it never gained a lasting foothold at its birthplace despite a revival in 1965 with Mary Costa in the title role and Elias and Tozzi returning.

Vanessa has many faithful advocates who relish its lush, grateful vocal writing yet there are others who find the piece absurd and campy. Some have argued that English-speaking audiences would have less trouble with Barber and Menotti’s work if it was performed in a language they didn’t understand– perhaps Danish, the native tongue of author Karen Blixen whose writing reportedly influenced Menotti’s purple plot and Northern European setting.

The work was revised into three acts from the original four and New York City Opera did that edition in 2007 with Lauren Flanigan as Vanessa and Elias now in the character role of the Baroness. That production has been my only live exposure to the opera and it worked well enough despite the incredible premise and “soap-opera” action.

An occasional star diva has embraced the title role: Kiri te Kanawa performed it in the US and Europe while Christine Brewer sang it in concert and recorded it.  I have seen Vanessa suggested over and over as the ideal vehicle for Renée Fleming but that doesn’t look like it’s going to happen. Brave Vaness, today’s Vanessa, famously tackled an excerpt from Barber’s second opera Antony and Cleopatra at a Richard Tucker Gala with Leontyne Price onstage with her.

San Francisco where she first appeared in 1977 offered a much broader experience of Vaness than the Met did. She appeared there, among many operas, in I Vespri Siciliani, Simon Boccanegra, La Traviata, Un Ballo in Maschera, Don Carlo, Dialogues des Carmélites, Anna Bolena, Guillaume Tell and Norma.

The first time I heard Vaness live was in the magical 1983 Andrei Serban production of Handel’s Alcina at New York City Opera, the night after attending Les Troyens with Jessye Norman, Tatiana Troyanos and Placido Domingo at the Met! I longed to hear her remarkable sorceress again and again and luckily, she performed the opera the very next month for French Radio.

I ordered a copy of the broadcast on reel-to-reel as soon as it surfaced early the next year. As far as I know Vaness never sang Alcina again but she claimed her place as one of the best.

As Handel was probably gay, I figure it’s okay to also offer excerpts from that Paris Alcina during this Pride “Trove Thursday” edition. These are in much better sound than a pirate of the NYCO production on YouTube!

Though she sang heavier repertoire, most notably Tosca, at the Met, my firsthand experience of Vaness there was primarily as a superior Mozartean in performances as Fiordiligi, Donna Anna, Elettra, the Countess and Vitellia which I heard in 1984, her first year at the Met. Oddly, she performed relatively little Mozart in San Francisco.

Erika is sung in today’s broadcast of Vanessa by the fine American mezzo Kristine Jepson who passed away two years ago at the age of just 54. My first encounter with her was her wonderfully impulsive Komponist at Brewer’s sterling Met debut as Ariadne in 2003, which sadly turned out to be the latter’s only engagement at the house.

Van Zweden returns to Barber this fall when the New York Philharmonic opens its season with Kelli O’Hara in Knoxville: Summer of 1915.

Vanessa and the Alcina excerptscan be downloaded by clicking on the icon of a square with an arrow pointing downward on the audio player above and the resulting mp3 files will appear in your download directory.

Nearly 250 other podcast tracks are always available from iTunes for free, or via any RSS reader. The archive which lists all “Trove Thursday” offerings in alphabetical order by composer has recently been updated.