On the street where you sing 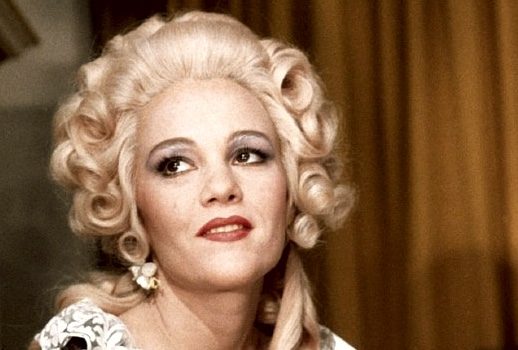 During the mid-1980s Carnegie Hall hosted four years of deluxe operas-in-concert curated by Matthew Epstein. “Trove Thursday” has previously made available both Orlando and Ariodante from the famed all-Handel season (which also included the legendary Kathleen Battle/Marilyn Horne/Sylvia McNair/Rockwell Blake/Jeffrey Gall/Samuel Ramey Semele performed on the composer’s 300th birthday) as well as La Donna del Lago  and Semiramide from a Horne-Rossini trifecta.

Works by Richard Strauss were performed during the series’ final go-round and at least one of those performances will appear on a future “Trove Thursday.”

This Périchole comes from the only group that didn’t focus on a single composer; instead three French operas all featuring von Stade were scheduled—the others Mignon and Chérubin.

Next year will mark the 50th anniversary of von Stade’s Met debut as one of the so-called Genies in Die Zauberflöte. In that strike-shortened season of ‘69-‘70 she sang an impressive 31 performances in the house and on tour. Her first role the following season was Nicklausse in Les Contes d’Hoffmann–holding her own in a starry cast that included Reri Grist, Rosalind Elias, Pilar Lorengar, Nicolai Gedda and Gabriel Bacquier.

For about 15 years, Périchole was a reliable hit for the Met in an English-language version directed by and starring Cyril Richard. Its vivacious heroine was alternately Patrice Munsel, Laurel Hurley or Teresa Stratas but, in every one of the Met’s 54 performances, her lover was always Theodor Uppmann. One of the smaller roles in Met’s final run of the work with Stratas and Uppmann was taken by…von Stade.

As an opéra-comique, Périchole ordinarily would contain spoken dialogue but this concert uses instead a narration delivered by Kahn. Although best known as a comedienne she had a classically-rained voice which she would unfurl on occasion.

Before she reached international fame in Mel Brooks’s Blazing Saddles and Young Frankenstein, one of Kahn’s highest-profile engagements was as Cunégonde in a 1968 New York Philharmonic presentation of Leonard Bernstein’s Candide. Her “Glitter and be Gay” still stands as one of the best versions of this much-abused showstopper.

Périchole can be downloaded by clicking on the icon of a square with an arrow pointing downward on the audio player above and the resulting mp3 file will appear in your download directory.

Nearly 250 other podcast tracks are always available from iTunes for free, or via any RSS reader.