Michael Fabiano is a boss. This is a fact. 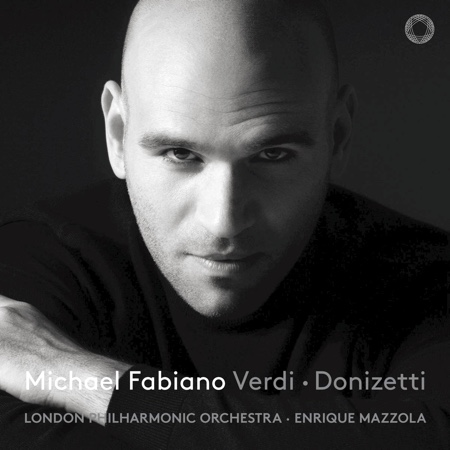 Michael Fabiano is a boss. This is a fact.

First off, he’s from Jersey which is about as close as you can get to actually being Italian and still be born in the good ‘ol U. S. of A. In school he was a champion debater and a baseball ump. He got accepted into the Academy of Vocal Arts in Philadelphia which basically means that you’re so damn promising they don’t even think you should have to pay for your higher education to become an opera singer.

He’s won all the awards (well, o.k., most of them). He came out as gay on social media while he was in the South of France on a gig (here’s one famous tenor I won’t name in the comments: ‘Michael, What?!?!) and then married his fiancé in the lobby of the Metropolitan Opera House. The New York Times covered it.

He’s dedicated to educating children and helped start a foundation to give at-risk youth voice lessons that operates in three cities now. He pilots small planes and he drives a Beamer. He’s shiny on top and he keeps it real. Michael Fabiano is a baller, people.

So naturally the crème de la crème of recording companies, Pentatone, audio wizards of the Netherlands, sign him up for his first solo album. It’s titled Verdi – Donizetti. So grab a beverage and settle back.

Truth be told I can’t say that I looked forward to this release much based on the title. Which are the Verdi – Donizetti arias I haven’t heard done and done well? I’m a veritable junkie for all those old Cetra Verdi releases. You know the ones where you have to turn down the volume so the singers don’t spit  on you?

TheI Due Foscari with Carlo Bergonzi and Guilini conducting. The gorgeous Rigoletto with Taddei, Pagliughi, and Tagliavini. Back in that era where your individuality seemed to have been prised above all.

Don’t even get me started on all those Phillips Verdi sets with Lamberto Gardelli waving the stick. The Attila with Raimondi, Deutekom, Bergonzi, and Milnes. The I Lombardi with Domingo tossed in with that same soprano and bass. Where except on that Il Corsaro would you ever hear Caballé and Norman breathing the same air?

Yet the track list for this release seems to have been very especially curated and I count only four out of 11 selections that would be recognized as coming from operas in the standard repertory plus two others that are fairly fascinating alternates to semi-standard works.

Fabiano opens with “Quando le sere al placido” from Luisa Miller, which is a safe bet since, even though the aria is commonly performed, it’s the only thing from that opera that is. He rains down thunder and lightening in the accompanied recitative that proceeds the aria when his character discovers his, contrived, betrayal by the young woman he loves.

It’s glorious triple-forte and the voice crackles with intensity. But then when we start the cavatina you’re immediately struck by the plangency of the tone. He sings with a real elegance and phrases generously whilst never pulling the music out of shape.

There is a tendency at times to be overly scrupulous with grace notes and fioratura. The cadenza at the end of a rousing “La donna e mobile” finds Fabiano precise when I want him swaggering. In the selection from Donizetti’sPoliuto, however (of which there’s an excellent video of him from Glyndebourne with Ana Maria Martinez) he’s mellifluous on the downward stepped phrases towards the aria’s climax and then unleashes a flaming tonic B-natural at the end. It’s magic!

I’m a little less thrilled with the excerpt from the final scene of Lucia di Lammermoor only because it’s a distinct case of aria interruptus where we only get a finely sung cavatina.

It would also be dishonest not to mention that our tenor’s steely determination seems to get the better of him in the lead up to  “Ma se m’e forza perdert”’ from Ballo in Maschera which finds him a little too forza, on the cusp of hectoring. I could blame the nearly flawless engineering here as well since the voice seems miked just a tad too close. The aria proper, however, finds him graceful and back on form.

There’s also a beautiful little sorbet aria from Maria di Rohan that clocks in at just shy of two minutes, which provides a lovely respite for the ear.  It also crossed my mind at this point that he’s possibly the only American tenor I’ve ever heard that I could possibly mistake for a native Italian.

The last three pieces are all early Verdi—Foscari, Oberto, and Corsaro—and it shows him going from strength to strength with the best saved for last. The muscular nature of these arias  fit him like a glove and he easily negotiates the effects and musical graces Verdi would employ far more judiciously later and with greater restraint.

Fabiano sings with slancio and a true spinto sound without apology. He’s also one of those singers who’s dedicated to making every word of the text understood and felt. It’s not just consonants getting in the way of beautiful vocal technique.

My two favorites are the real rarities. The alternate aria from the original St. Petersburg Forza that Verdi completely re-thought for the second production at La Scala (which famously ended his feud with that theater). Having only heard it sung before by Gegham Grigoryan on the Phillips set with Gergiev it’s a pleasure to hear it again with more poetry added (Grigoryan was exciting for sure but a beast.)

The second is “Odi il voto,” which I first encountered many years ago on a Verdi Rarities album conducted by Abbado and sung by Pavarotti. Verdi wrote it for the Russian tenor Nicola Ivanov for the second performance of Ernani not long after the premiere. Fabiano gives a moving performance here filled with a sincerity that’s palpable. The rousing cabaletta with chorus makes a far better finale to Act II and really should be considered the composer’s last thoughts on the piece.

London Voices provide the excellent choral back up when required and that’s a luxury on any solo album and certainly appreciated here.

The London Philharmonic play very well under Enrique Mazzola who provides generous leadership and an astute accompaniment.  An especially beautiful string quartet introduction to the Foscari aria shows how crucial good playing can be to putting across early Verdi.

Meanwhile eco-friendly cardboard packaging that includes an enthusiastic note of welcome from our tenor, astute liner notes on each aria and it’s genesis by Geoffrey Riggs (who’s obviously done his homework), and a centerfold class photo of the orchestra. Then we get all of the lyrics for each aria in Italian with English translation. For a moment I thought it was the 1960’s again. But I shouldn’t be surprised that Pentatone makes such efforts to provide a deluxe presentation for this important artist.

For devoted fans of Fabiano I’m certain you already have this on your shelves and our enjoying its many pleasures. For those who haven’t been converted yet to the cult of “Mr. Fabulous” I assure you it’s worth the coin.