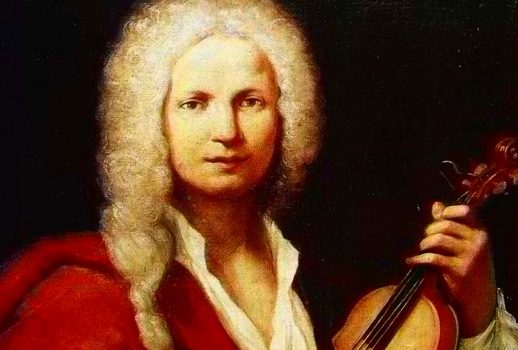 Stravinsky (or perhaps it was Dallapiccola—there is some dispute) famously quipped that Vivaldi composed the same concerto 500 times over. One can imagine that decades ago most would have agreed with him but some minds have been changed thanks to the splendid work done most recently by HIP ensembles, especially Italian groups like Il Giardino Armonico, Europa Galante, and Accademia Bizantina.

The composer’s solo vocal works featured today are quite varied–from quietly reverential to explosively fiery–and have perhaps been slow to gain attention although back in the day I did have LPs of motets with Cecilia Gasdia and the Nisi Dominus; Invicti, bellate; and Longe mala umbrae terrores by Teresa Berganza.

However, I believe the fortunes of his vocal music in general changed dramatically with the release of Cecilia Bartoli’s collection of Vivaldi opera arias recorded almost exactly 20 years ago.

The term “revelatory” is thrown around a lot these days but it would be hard to exaggerate that CD’s impact, and in the years since it appeared Vivaldi operas have become widely recorded and performed—except in the US, of course.

One might note also that all of today’s broadcasts originate since the turn of this century. Although she has, as far as I know, avoided these sacred works, Bartoli returned to Vivaldi opera arias in another smashing CD released late last year.

New York audiences will get a chance to hear a sampling of these sacred works next season when Marie-Nicole Lemieux performs two settings of the Salve Regina (including the one that Dumaux sings here) in February with Bernard Labadie and Les Violons du Roy.

For ease of listening I’ve gathered the twelve motets, psalms and antiphons into three groups of four. Be warned that the sound level and quality can vary widely between selections over the 15 years of broadcasts; you may have to adjust your volume from one piece to another.

The Piau motet, in particular, might be challenging: it’s magnificently sung with dazzling ornaments but contains a slight buzz in the background that I don’t know how to suppress. The Invernizzi and Hallenberg selections are very “live” while Mingardo might need a slight volume boost.

Espada, a scintillating Spanish soprano who rarely sings opera, is a particular favorite of mine and her In furore positively scorches. If you think Kermes has always been a bit of a joke, her intense In turbato should change your mind. I might add, however, that when I heard Kermes in an otherwise all-Vivaldi program at Weill Recital Hall in 2007 her encore was “Surabaya Johnny” by Kurt Weill!

Four countertenors also get their chance to shine today including mellow-voiced, now-retired Lesne contrasting with Orlinski, the newest hotshot on the scene.

All selections feature accompaniment by period-instrument ensembles except for Feola’s.

Each of the three Vivaldi parcels can be downloaded by clicking on the icon of a square with an arrow pointing downward on the audio player above and the resulting mp3 files will appear in your download directory.

Over 230 other podcast tracks are always available from iTunes for free, or via any RSS reader.