I wanted to like As One. I really did. 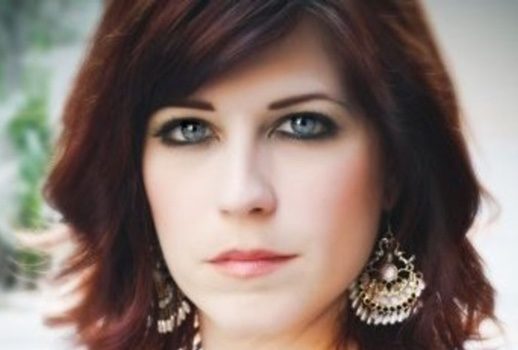 Mezzo Blythe Gaissert, Hannah after in NYCO’s As One.

I wanted to like As One. I really did. This chamber opera, with only one character, two singers, and a string quartet who occasionally serve as a chorus, promises an uplifting, occasionally humorous story of a transgender woman’s journey through dysphoria and isolation to self-acceptance and freedom. While I certainly went on a journey, ultimately, I come with more problems than praise for NYC Opera’s latest installment in its Pride Month programming.

The way it works is that Hannah (before), sung May 30 by baritone Michael Kelley (who really impressed with a ravishing upper extension and heartfelt delivery throughout), is paired with Hannah (after), sung by mezzo Blythe Gaissert (powerful, though occasionally strident).

Laura Kaminsky’s score was beautiful at times, but mostly forgettable, with moments of tonality cut with what I’m tentatively calling “Gender Dysphoria Dissonance” (TM, copyright Gabrielle 2019) all sawing strings and lots of forte from everyone. The dissonances never approached the truly disturbing, no raised-hairs on my arms— while the tonal bits were lovely, even momentarily uplifting, but not particularly distinctive.

For the most part, this was fairly straightforward post-minimalist fare: mostly tonal, arioso style. Certain moments were truly affecting, with the best writing given to the baritone Hannah (before). When the two sang together, Hannah (after) would often respond with a flurry of “ahs,” as if she couldn’t quite contain herself. These moments were few and far between, however.

The only variation came during the obligatory Christmas scene, in which snippets of holiday tunes were sung by members of the string quartet in a sort of musical montage. This was, understandably, a bit cheesy, but it was cute and added a bit of texture to the solo-duet .

The stage was mostly bare, only a mirror frame and two tables with chairs. The projections in the background consisted of what appeared to be stock footage of nature, Microsoft desktop backgrounds of Norwegian fjords, and bizarre video clips of children from the 1950s.

The opera takes its name from their (her?) journey to be “as one.” This meant, in practice, a lot of staring at each other through a mirror, with Hannah (after) embodying what Hannah (before) sees inside/wishes she looked like. This is one of those things that if I think about it too hard, my brain turns into a pretzel. It’s weird, and it doesn’t seem very clued in to current discussions about trans experience. 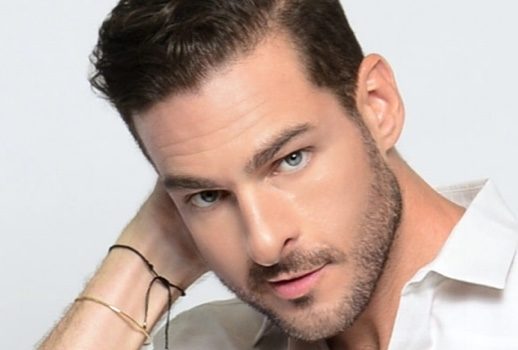 Having two cis singers collaborate to create a single trans character is a risky choice, and while it wasn’t as terrible as I thought it would be, it raised too many questions: Are we implying that trans people are actually two people, or that there is really such a thing as a female soul that could be “born in the wrong body”? Does each represent a male and female side of Hannah? Or does one turn into the other? What does it for them to be “as one”?

What about non-binary trans people? Why does Hannah (before) stick around after her transition? The opera doesn’t really answer these questions, or maybe it doesn’t know it’s asking them in the first place.  Frankly, as a cis woman, this is all I feel comfortable saying about this point. All I can add is that, while I don’t usually think that operas need to have a theoretical foundation, this opera needed a clearer understanding of how this concept would come across.

My other problem with the libretto is that Hannah and her story are disappointingly generic. She never has a last name, or even a defining personality trait. Is she funny? Was she shy? What makes her special, other than her identity as a trans woman?

The lack of specificity, in character, in plot, in setting, all of which I assume is meant to make the opera possible to produce at any time and with any cast, a way to make this relatable to as many people as possible, ultimately robs the story of any real emotional heft.  Worse, it seems to imply that there are a particular set of “trans experiences” that are universally relatable to trans folks of all races and class background, of all nations, of all family situations.

Hannah, who in this production is portrayed as a white person in America with loving parents who are still together, growing up in some indeterminate time period that apparently includes letterman jackets, rolled jeans, converse high tops and libraries with card catalogs that still had actual cards in them, is not representative of all trans women’s experiences.

The lack of specificity turns the story into a series of beats that could all come from a “Very Special Episode” of a TV show:

Even worse, in a moment that could only be thought of as audience pandering, Hannah returns home to Google information about violence against trans women, only to be horrified at what she finds and to proclaim to the audience “I am not safe.”

But surely a trans woman living in our society would have known about the threats facing far before she herself was the victim of violence. The self-conscious didacticism of this moment only undermined the strength of the experience of the central character.

Then we’re whisked away to Norway, where Hannah replaced her perfectly cute ankle boots with a pair of furry mukluks. And these weren’t nice mukluks: more like Payless mukluks.   Then, after a few sleepless nights, a failed jam-making session, and some communing with the universe that apparently can only be done in Norway, she comes to a moment of self- acceptance.

She writes post cards and signs them with her new name, which (again) weirdly, isn’t actually stated. Both Hannahs sing about their freedom, their feeling of being “as one.

Yes, trans people deserve love, safety, equality, self- and societal acceptance. My problem here is not that Hannah finds a moment of peace, self-acceptance, and freedom. Rather, the bow is tied too neatly.

Hannah is merely a cardboard cutout of a trans woman, never a fully-fledged character despite best efforts by the singers. The happy ending feels unearned.  While I appreciate what seems to be a sincerely good faith effort for representation and empathy by the creators, I can’t in good conscience recommend this one.

To be sure, the audience around me seemed to be connecting with it far more than I was. Hannah’s obvious jokes got hearty chuckles; the Christmas scene prompted a few “mm’s of sympathy.

While I didn’t think I really need the “Very Special Episode” treatment to teach me to be sympathetic to trans women, perhaps it’s important to remember that some people really don’t know about any trans women beyond, say, Caitlyn Jenner, and are completely ignorant about the challenges trans women face in America.

According to the show’s promotional materials, this is the most produced new opera of the decade, with 27 separate productions since its premiere in 2014. So maybe it’s changed a few hearts along the way. But, honestly, would a more nuanced take really scare anyone away?