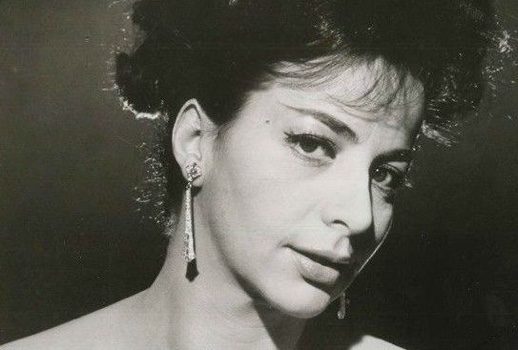 This Sunday Rosalind Elias (who turned 90 last month) will be presented with an Opera News Award so “Trove Thursday” salutes her today with what—at first glance—might be mistaken for a Met La Gioconda.

Her co-stars are Richard Tucker and Cornell MacNeil but her rival is that briefly blazing comet, Elena Souliotis. An added bonus: two excepts from Régine Crespin’s only onstage stab at Ponchielli’s street-singer.

As I’m (impatiently) recuperating from orthopedic surgery, I’m punting this week’s entry. Perhaps it’s not such a bad thing as I don’t exactly love Gioconda although I know many do.

But I will add that Elias played an unexpected role in my early operatic development: she was the Azucena on my first-ever opera LP—highlights from the first Leontyne Price Trovatore.

I eventually heard her live late in her Met career as Antonia’s Mother and Marcellina and then most memorably as the Old Baroness in New York City Opera’s production of Barber’s Vanessa, the opera which made her a star when she created the role of Erika at its world premiere.

I spotted Elias last fall at an event sponsored by the George London Foundation; chic and vivacious, she looked decades younger than her chronological age.

I may not be crazy about either Tucker or MacNeil in general but I recognize their superiority in this repertoire. Although Souliotis didn’t last very long, several of her live recordings are wonderfully exciting, and, of course, almost everything La Crespin did is worth hearing.

Both the complete Gioconda and the Crespin excerpts can be downloaded by clicking on the icon of a square with an arrow pointing downward on the audio player above and the resulting mp3 files will appear in your download directory.