The finals on Sunday seemed a bit like the modern-day operatic equivalent of the Roman colosseum. 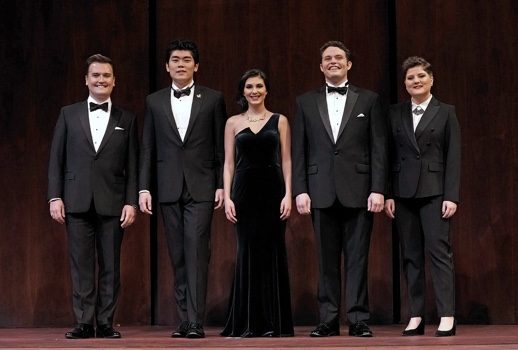 The Metropolitan Opera National Council Auditions have long had a reputation for “discovering” the next generation of opera stars. Indeed, according to the grand finals’ jovial MC (Anthony Roth Costanzo, a former winner of the competition himself) over 110 former finalists have gone on to take roles in the Met’s mainstage season.

The immense pressure of this high-stakes competition hung over the finals on Sunday afternoon like a dark cloud: Costanzo made a glib remark about the participants needing therapy after the stress of the whole affair, which seemed more like a sheepish admission of the vast psychological toll these mega-competitions take on young singers than a lighthearted quip.

The National Council seems intent on marketing the auditions as a dog-eat-dog X-Factor-style fight to the top, as evidenced in Susan Froemke’s 2007 documentary (available on Met Opera on Demand), which followed auditionees as they prepared for the finals, putting their stress and anxiety on show for the viewer’s delectation.

The finals on Sunday seemed a bit like the modern-day operatic equivalent of the Roman colosseum, a grueling public tournament in which singers are pitted against each other for entertainment.

Nevertheless, the National Council Auditions are a wonderful showcase of up-and-coming operatic talent, and, despite the arbitrary competitiveness, a compelling program of finely-sung arias. Although contestants were presumably free to pick any two arias of their choosing, the repertoire sung was surprisingly limited for such a broad range of voices.

Auditionees who didn’t sing either a bel canto aria by Bellini or Donizetti or a mid-nineteenth-century French aria by Bizet or Gounod already set themselves apart by dint of their originality of repertoire.

Meghan Kasanders kicked off the program with a Herculean performance of Wagner’s “Dich, teure Halle,” which neatly showcased her full-bodied dramatic-soprano-in-the-making. Her cries of “Sei mir gegrüsst” were caroled with warmth and generosity, welcoming us into the Met auditorium as if it were Wartburg itself.

Kasanders deftly navigated the twisting, winding phrases of “Otkuda eti slezy” (from Tchaikovsky’s Pikovaya dama), never letting the chewy, declamatory Russian get in the way of the strident clarity of her sound.

Dashuai Chen seemed to relish the exposed recitativo passages of Donizetti’s “Fra poco a me ricovero,” his Italianate tenor warming into the aria’s more lyrical passages. In his performance of “Salut! Demeure chaste et pure” from Faust,a peachy, middle-register vibrato was a welcome contrast to the raw bite of his high register.

Elena Villalón sang “Oh! Quante volte” from Bellini’s I Capuleti e i Montecchi with intense passion, finding drama and vitality in her fleeting interactions with the horn and the harp. Coloratura passages were executed with a breezy assuredness, even if the middle register could have been allowed more room to bloom.

Her performance of “Ich bin Euer Liebden sehr verbunden” was an absolute triumph, floating high notes and elegant phrasing bringing a touch of intimacy and transcendence to the opulent euphony of Strauss’ aria.

It was very easy to lose oneself in Miles Mykkanen’svoice: even at his loudest he sang with a ravishing yet tender tone, as if caressing each note with his voice. Lensky’s aria from Eugene Onegin was the perfect choice for Mykkanen, showcasing his sugar-plum pianissimo and soaring head voice.

His performance of “Je crois entendre encore” from Les Pêcheurs de Perles was the musical highlight of the program, Mykkanen bringing out a velvety glow even in Bizet’s more declamatory phrases. The tenor’s smoothness and control (especially evident in his finely-spun high register) gave a sense of time-stopping weightlessness to Bizet’s sweeping musical gestures.

Michaela Wolz’s decision to perform only trouser-role repertoire was a coup for the feisty-voiced mezzo. She sang with the robust bravura and plucky chest voice necessary for “Addio, addio, o miei sospiri,” embodying Gluck’s Orpheus with stout-hearted flair.

Her “Que fais-tu blanche tourterelle?” took a comic turn, Wolz sauntering through Gounod’s mocking phrases with wit and charm. Wolz proved herself an artful interpreter of the French coloratura repertoire, demonstrating a seemingly natural affinity for its forms and contours.

“Cisza doko?a” goes on for about three minutes longer than it really ought to, and Buszewski could have made more of the aria’s dramatic contrasts to better guide the audience through its expansive form.

Thomas Glass’ performance of “Captain Ahab? I must speak with you” (from Jake Heggie’s Moby Dick) was the dramatic highlight of the program, Glass’ razor-sharp diction and brooding, bass-baritone conjuring a chilling, and deeply moving psychodrama. The aria’s final prayer had me (rather unexpectedly) in tears, as Glass’ gritty growl gave way to soaring cantabile.

It was refreshing to hear some contemporary repertoire in amongst the wash of romanticism that dominated the program: it is increasingly important for the next generation of singers to carve out space for the music of living composers (even if Heggie is more-or-less canonical these days) and Glass would make a fine advocate for this repertoire.

The winners of the 2019 Met National Council Auditions were Su, Glass, Wolz, Mykkanen and Villalón. 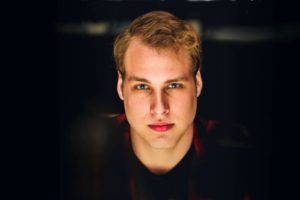 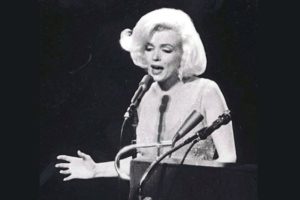 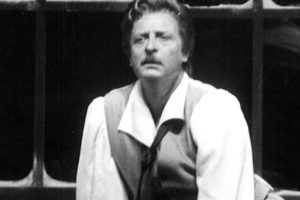