Once in love with Amy

“Trove Thursday” leaps to the end of the cycle with a slightly abridged Götterdämmerung featuring Amy Shuard as Brünnhilde. 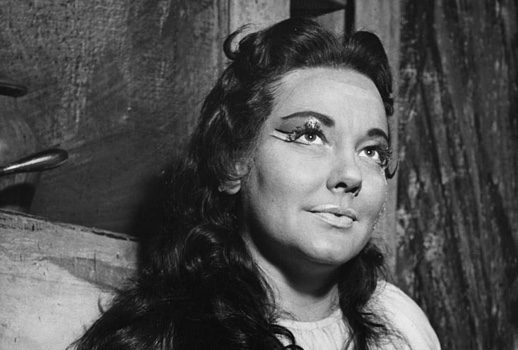 As we await Saturday’s Das Rheingold and the return of the Robert Lepage Ring to the Met with both dread and anticipation, “Trove Thursday” leaps to the end of the cycle with a slightly abridged Götterdämmerung (three hours or so) featuring Amy Shuard as Brünnhilde, a heroic but lesser-known Wagnerian of the 60s and early 70s.

Shuard, an English dramatic soprano, was a student of and successor to the thrilling Dame Eva Turner. Like Turner, she made few commercial recordings but little; but Shuard was embraced by theaters worldwide, inevitably as superstar Birgit Nilsson couldn’t be everywhere. Coming after Varnay had given up the bigger Wagner roles, she was among the era’s inevitable bridesmaids like Berit Lindholm, Ludmila Dvorakova, Gladys Kuchta, Catarina Ligendza and Ursula Schröder-Feinen.

Shuard never appeared at the Met but this pirate of Götterdämmerung excerpts is a souvenir of her seasons at the San Francisco Opera, her sole US opera home. She debuted there in 1963 as the Walküre Brünnhilde and returned in Elektr aand Turandot. This 1969 Götterdämmerung documents her final engagement there.

In addition to appearances at the Vienna Staatsoper and La Scala, she frequented the Teatro Colón in Buenos Aires where she sang Lady Macbeth opposite Giuseppe Taddei as well as a complete Ring in 1967 under Ferdinand Leitner alternating with Nilsson from whom you’ll hear she is very different.

The majority of her career though took place in her native England where she in addition to her Wagner, Strauss and Puccini roles excelled in Janacek. In 1954 she appeared as Kat’a Kabanova at Covent Garden under Rafael Kubelik (with whom she later sang Cassandre in Les Troyens); she also appeared as Jenufa and later as Kostelnicka.

In the mid-60s Pierre Boulez conducted Parsifal at the Bayreuth Festival and he had four different Kundrys in four summers; Shuard was the third taking 1968. Her Kundry at Covent Garden opposite Jon Vickers under Reginald Goodall was once available on the opera house’s own CD label.

These “bleeding chunks” can be downloaded by clicking on the icon of a square with an arrow pointing downward on the audio player above and the resulting mp3 file will appear in your download directory.

A recently published archive listing all “Trove Thursday” offerings in alphabetical order by composer can be found here.