Although Gustav Mahler never wrote an opera, his colossal Eighth Symphony “The Symphony of a Thousand” may give us some glimpses of what a Mahler opera might have sounded like 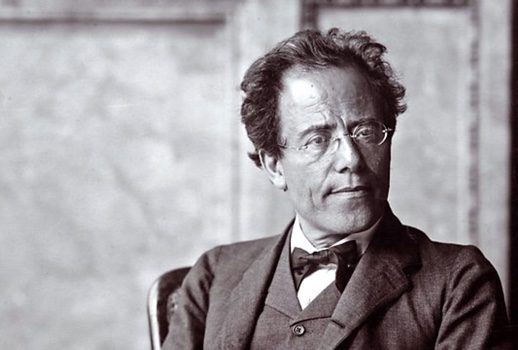 Although Gustav Mahler never wrote an opera, his colossal Eighth Symphony “The Symphony of a Thousand” may give us some glimpses of what a Mahler opera might have sounded like, so “Trove Thursday” offers a star-studded version conducted by Georg Solti with Christiane Eda-Pierre, Lucia Popp, Barbara Hendricks, Jan DeGaetani, Helen Watts, Kenneth Riegel, William Walker, and Donald Gramm.

Mahler did toy with opera early in his career: he completed Weber’s unfinished Die Drei Pintos which then premiered in 1888. For a composer of great vocal music, it seems odd that he never ventured an opera of his own, particularly since he was so intimately involved with the art form as a conductor.

He led more than 50 performances during his brief tenure at the Met from 1908-1910 (the year before his death at 50) during which he stayed pretty much within in an expected repertoire of mostly Mozart and Wagner. In addition, however, he did conduct two important premieres: the first US performance of Tchaikovsky’s Pikovaya Dama and the house’s first-ever Prodana Nevesta by Smetana.

Scanning his archive at the Wiener Staatsoper from 1897-1909 is fascinating. Beyond his Met repertoire one finds such unexpected titles as Bizet’s Djamileh, Charpentier’s Louise (with Marie Gutheil-Schoder in the title role!), Mignon by Thomas and just one Verdi work, Aïda.

Given the time period, there is the inevitable Meyerbeer: a number of Les Huguenots but just one performance each of L’Africaine and Le Prophète, perhaps suggesting his heart wasn’t really in it. Pikovaya Dama was joined there by Eugene Onegin and Iolanta, with Smetana’s Dalibor another specialty. He also conducted the first performance at the Staatsoper of a Richard Strauss opera: Feursnot in 1902.

Mahler’s symphonies have become almost inescapable in local concert halls as it seems every visiting orchestra must trot out one of the nine and even sometimes the Tenth’sAdagio or one of its completed versions. When the Vienna Philharmonic comes to Carnegie Hall next week, sure enough Michael Tilson Thomas will conduct Mahler’s Ninth, followed in April with the London Philharmonic and Edward Gardner doing the First at Geffen Hall.

The Second and Third symphonies are heard somewhat less regularly as they require a chorus in addition to vocal soloists, and the Eighth which incorporates text from Goethe’s Faust remains a rarity because of the especially large forces necessary. I have only heard it live once: at the Cincinnati May Festival which is, of course, a choral-focused enterprise.

Mahler: Symphony No. 8
“The Symphony of a Thousand”

Mahler’s 8th can be downloaded by clicking on the icon of a square with an arrow pointing downward on the audio player above and the resulting mp3 file will appear in your download directory.