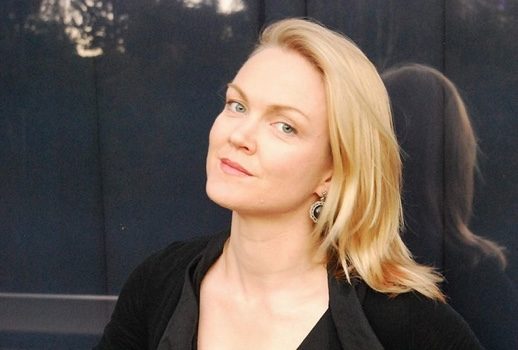 While most of his 40 plus operas await even a single local hearing, Handel’s Radamisto returned to New York for the third time in six years when Opera Lafayette deftly performed this early masterpiece at the Kaye Playhouse Thursday evening in Seán Curran’s spare yet wonderfully effective production.

Both of the other recent performances of Radamisto, a concert version at Carnegie Hall by The English Concert followed by Juilliard Opera’s staging, used the more commonly heard second edition in which the title hero is an alto and the villain a bass.

Opera Lafayette, however, chose to go with the first version for soprano Radamisto (a role originated by a woman, not a castrato) and tenor Tiridate, the King of Thrace’s rapacious son-in-law whose lust for Zenobia precipitates the opera’s drama.

An unusual bonus of the first is that each of the three acts ends with a suite of dances which were retained in Thursday’s performance. There are a number of other differences between Radamisto’s two incarnations but the most striking must be the extraordinary quartet Handel inserted into the second.

It doubtless makes a powerful impact but the sincere Opera Lafayette production made one nearly forget its absence.

When the Royal Academy of Music opened in 1720, Handel had already been in London for nine years; for his contribution to the organization’s initial season he turned from operas replete with lovelorn sorceresses and spectacular stage effects to a more complex drama of noble emotions.

Although it’s been active in a number of guises since 1995, Opera Lafayette had surprisingly never before tackled a Handel work but it chose well with Radamisto.

My preference in Handel stagings is nearly always for a “less is more” approach and Curran’s direction largely focused on having his singers to do their thing simply and eloquently during the string of fine da capo arias that make up Radamisto.

Conductor and Opera Lafayette artistic director Ryan Brown wisely chose to omit entire arias (four or five along with a short duetto) rather than mutilate pieces to just their A sections as is often done.

Brown, Curran and their performers clearly had worked on making each aria a mini-drama of consequence and turning the A-B-A progression into an opportunity for story-telling and character development. Ornaments for the da capo repeats throughout were modest but unerringly apt and purposed more for expressivity rather than for vocal display.

Australian Caitlin Hulcup has been doing fine work in the baroque repertory around the world for the past decade but Radamisto in DC and New York were her first US appearances. Tall and slim, she made an astonishingly convincing male and ably embodied her character’s joy and anguish.

Her trim coppery mezzo rang out with bold confidence though occasionally the higher soprano writing stressed her. Particularly fine was her sneering “Vanne sorella ingrata,” and she ended strongly with her wrenchingly done “Qual nave smaritta,” the opera’s final aria.

As Zenobia, Radamisto’s beleaguered wife, Israeli contralto Hagar Sharvit brought a vivid intensity to both her character’s fiery resistance and bewildered agony. Her dark plush voice with a rounded but gutsy lower range seemed a bit on the small side initially but she warmed up as the performance proceeded, blending particularly well with Hulcup in their rapturous reunion duet “Se vive in te il mio core.”

At its conclusion they joined the six members of the Seán Curran Company in a heart-stoppingly lovely dance set to Handel’s divine passacaille. Those heavenly final ten minutes of duet then dance which concluded the second-act are ones that I’ll gladly cherish for the remainder of 2019.

Veteran Dominque Labelle wasn’t in her freshest voice but she is a past mistress of Handel style and securely commanded both recitative and aria as Polissena, the long-suffering wife of bad guy Tiridate.

Since Fraarte and Tigrane don’t have much to do plot-wise, several of their arias were omitted, but the remainder contains some lovely music which Nola Richardson and Véronique Filloux respectively dispatched stylishly. As the much battered-about deposed King Farasmane, Alex Rosen used his ringing agile bass so splendidly in his first-act aria that one deeply regretted that he had just that single opportunity to shine.

Brown’s period-instrument ensemble coped well with his often vigorous tempi and all in all did fine work throughout the long evening although rather too often string intonation went awry.

In addition to performing the three lively dances that ended each act, Curran’s six company members seamlessly moved about the three black screens and several benches that made up the austere production design along with portraying members of Tiridate’s gang of thugs or Radamisto and Zenobia’s happy friends. Throughout, Curran’s lean and economical approach succeeded in allowing Handel’s moving work about steadfast marital fidelity to shine brightly.