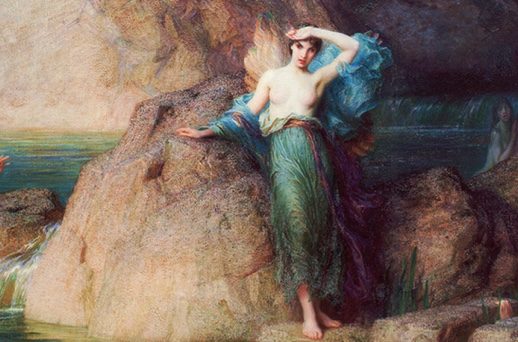 March will come in with a lion when the occasionally ferocious William Christie returns to the Brooklyn Academy of Music with two exquisite Rameau operas. In preparation “Trove Thursday” offers a broadcast of what may be the only French baroque tragédie en musique that he and his Les Arts Florissants performed but didn’t get to record: Alcyone by Marin Marais.

However before the Rameau double-bill arrives March 1, two weeks from tonight Jordi Savall brings his Le Concert des Nations to Zankel Hall for a program entitled “Tous les Matins du Monde”evoking the title of the lavish 1991 fictionalized biography of Marais which starred both Gérard Depardieu and his late son Guillaume as the great viol virtuoso and composer.

If the Carnegie program only incidentally features music by Marais, Savall’s performances in that film and his bounty of recordings of the composer’s haunting music for viola da gamba have helped to bring him once again into prominence.

Back in the heyday of commercial recording, Christie and LAF took nearly everything they performed into the studio, first for Harmonia Mundi and then for Erato.

Eventually those audio-only documents were supplemented by videos of stage productions. Christie’s work in French baroque opera is particularly valuable and wide-ranging, but one important work got away: Alcyone.

Almost certainly this lacuna was due to Marc Minkowski—who started out as a bassoonist for Christie and LAF—and Erato (before LAF came to that label) getting there first. Their excellent version of Alcyone from 1990 sadly is now unavailable.

The best-known extract of Alcyone is its storm scene (tempête) which created a sensation and was later copied by other opera composers of the time. Personally, I am most captivated by the opera’s enchanting concluding chaconne.

Marais wrote just four tragêdies of which Alcyone is by far the best known but his Sémélé which preceded Handel’s take on the same story by 35 years, has been recorded and was performed several years ago by the American Bach Soloists when I had a chance to write about it for San Francisco Classical Voice.

The group last brought Rameau to New York in 2011, a double-bill of Anacréon and Pygmalion; it was as always an unforgettable event. By now they have performed many of Rameau’s operas in New York—the BAM program will be their ninth and tenth—dare we hope for Dardanus next?

As Daphnis has never been recorded complete, I am also including a preview suite of its dance music performed by La Petite Bande.

Both Alcyone and the suite from Daphnis can be downloaded by clicking on the icon of a square with an arrow pointing downward on the audio player and the resulting mp3 files will appear in your download directory.

A recently assembled archive listing all “Trove Thursday” offerings in alphabetical order by composer including works  by Lully, Rameau and Boismortier may be found here.