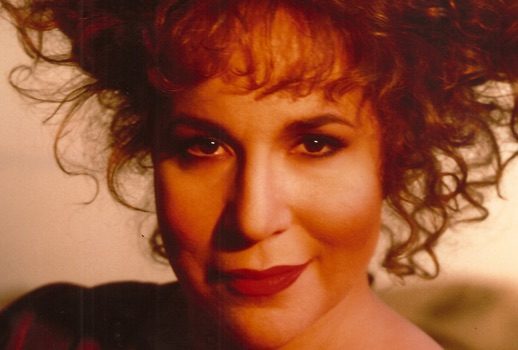 For her first New York concert in nearly a decade, the legendary singer, who most recently made a triumphant London recital debut at Cadogan Hall this past August, will be accompanied by Inseon Lee on piano, and will perform a program consisting of songs by Bellini, Tosti, Liszt, Donaudy, Rachmaninoff and Wagner, as well as arias/scenes from operas by Verdi, Boito and Puccini.

“I have been a devoted fan of Aprile Millo since the storied debut that marked her arrival as a great Verdian soprano,” said New York City Opera General Director Capasso. “This past August, I was fortunate to be reacquainted with this singular artist at her recital at London’s Cadogan Hall. It was an unforgettable evening—an affirmation of her continuing legacy as interpreter in the grand style, with a voice that has retained both its power and its beauty—and it was an experience that I can’t wait to share with our audience. Born and raised in our city, she is a genuine New York treasure and City Opera is honored to host her return in this special recital dedicated to her father, tenor Giovanni Millo, who graced the City Opera stage in its earliest seasons.”

Aprile Millo, the internationally acclaimed opera superstar, made Metropolitan Opera history when she debuted with the company in December 1984.  A last-minute replacement for an ailing colleague, Ms. Millo’s debut as Amelia in Verdi’s Simon Boccanegra, with maestro James Levine at the podium, caused a sensation with the critics who heralded the birth of “a new Verdi star.”  She would go on to perform 15 different roles in 154 performances with the MET, making the company her artistic home for over 20 years where she was acclaimed as their foremost interpreter of the Verdi oeuvre.  Her career has brought her to the major opera houses nationally and internationally performing works encompassing both the bel canto and verismo repertoire from Bellini and Rossini to Leoncavallo, Ponchielli, and Puccini.  Her recordings include her Verdi series with James Levine and the Metropolitan Opera for the Sony Classical Label, the DVD/video of Verdi’s Un Ballo in Maschera,  with legendary tenor and friend, Luciano Pavarotti, and the Emmy Award-winning telecast (as well as DVD) of the MET’s production of Aida co-starring Placido Domingo.  Her many awards include the Verdi d’Oro presented by the Amici di Verdi di Bussetto, Italy.  This lifetime achievement award which was presented to Ms. Millo earlier this year, is a rare honor which has been bestowed on only 14 people in the organization’s 46-year history.  Ms. Millo joined a select roster which includes Carlo Bergonzi, Renata Tebaldi, Luciano Pavarotti, Cesare Siepi, Franco Zeffirelli, and Placido Domingo in being awarded the honor.