Made in the shade

Here’s a quick sprint through some recent (and a few maybe not-so-very-recent) Handel CDs that have been stacking up. 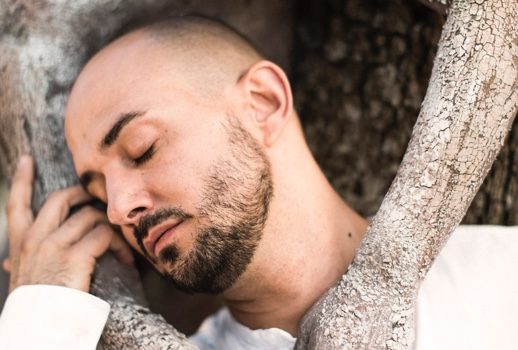 As an addendum to yesterday’s concert review and with an eye toward holiday gift-giving, here’s a quick sprint through some recent (and a few maybe not-so-very-recent) Handel CDs that have been stacking up.

Despite her current celebrity and early days as a baroque singer, Sonya Yoncheva stumbles badly in her must-avoid mostly Handel aria collection on Sony.

Her bland, boring approach suggests she’s only incidentally engaged in a selection of mostly slow mournful arias. Although the music doesn’t lie particularly high there were moments when I winced as she rose to the top or above the staff.

Perhaps because back in the day she sang the title role with Les Arts Florissants, the producers unhelpfully threw in—for no other good reason—the great lament from Purcell’s Dido and Aeneas.

If one wants to hear some of the same repertoire (Cleopatra, Alcina, etc.), check out instead Roberta Invernizzi’s collection “Queens.”

The Italian baroque veteran may not always be in her best voice on this CD but she’s always alert, stylish and attuned to Handel in ways Yoncheva rarely demonstrates.

A relative newcomer, English soprano Ruby Hughes, contributes yet another in the glut of “salute” CDs of works written for a specific 18th century singer, in this case Giulia Frasi, dubbed “Handel’s Last Prima Donna.”

Her fresh crystalline voice ably negotiates excerpts from Theodora, Jephtha, Susanna and Solomonin addition to arias for the Italian soprano by English composers like Thomas Arne and Philip Hayes. She’s an artist to keep an eye on.

Countertenors are always eager to pop into the recording studio for gobs of Handel and two of today’s most prominent have this year released such CDs. Franco Fagioli’s vibrant wide-ranging voice and aggressive manner will challenge some listeners’s expectations regarding countertenor singing.

His strong vibrato and Bartoli-like aspirated coloratura can become a bit wearying, but he’s on good form for his DG album mixing standards like “Scherza infida” and “Cara sposa” with some lesser known gems from Oreste, Il Pastor fido and Imeneo.

Fagioli has also just released his first complete Handel opera starring as the anti-hero of Serse in which he’s the subtle yet bravura centerpiece.

While Vivica Genaux’s Arsamene lacks warmth and Inga Kalna’s Romilda sounds too mature, Fagioli and his co-stars form an appealing team in the best version so far of this delightful and important work.

Surprisingly Philippe Jaroussky has waited until now to release an all-Handel disk and it even more than Fagioli’s heads off into less charted territories.

Though just 40, Jaroussky has been recording prolifically for nearly 20 years and if this fine CD suffers from anything it’s an over-familiarity with his sweetly androgynous voice and sincere if bland manner. He however still easily throws off some devilish coloratura and profits from incisive accompaniment by the conductor-less Ensemble Artaserse.

While all the items are worthwhile the track that has become an irresistible earworm for me is a jaunty trio with Genaus and Valer Sabadus from Vinci’s Il Medo.

Works written around the figure of Alexander the Great, including of course Handel’s Alessandro.

One aria-duet CD that I return to a lot is the final recording from conductor Alan Curtis Mitlogia, a concept program stemming from classical mythology performed by Christiane Karg and Romina Basso.

I remain occasionally unconvinced by Karg but she and Basso play off each other beautifully in some rarely heard selections.

But the disk I play most often has been tenor Allan Clayton’s devoted to music (mostly by Handel) written for John Beard, an oeuvre which has also been recorded by Kobie van Rensburg.

Clayton’s richly expressive voice and fluent suavity are a joy throughout and his deliciously seductive aria from Handel’s Berenice is my favorite cut from all of these recitals.

Complete Handel works also continue to flow with astonishing regularity. One of my favorite “unknown” operas is Lotario previously only available in Curtis’s slightly abridged version.

The venerable Göttingen Handel Festival has lately been putting out CDs on the Accent label drawn from its live performances and now we have a quite fine complete Lotario featuring some lesser-known singers who are more than up to Handel’s challenges.

I have been particularly taken with the colorfully named Spanish tenor Jorge Navarro Colorado who makes a bravely grand stab at the merciless florid obstacles faced by Berengario.

Ottone, another relatively unfamiliar work,has now received its third complete HIP recording and it’s the best one yet.

Few will be surprised that the performance which also features Juilliard alumna Lauren Snouffer as a glowing Teofane is crowned by the delicious Gismonda (the scheming mother of the secondo uomo Adalberto) of the divine Ann Hallenberg.

These are but a sampling of the continuing Handel onslaught including a couple I simply couldn’t face. One might also check out lower-voiced options with CDs of bass arias by Andrea Mastroni (which I’ve heard and enjoyed)…

…and Christopher Purves’s second volume (which I haven’t gotten around to but his first is quite nice).

and the appropriately entitled The Occasional Oratorio.