L’Arlesiana in a vibrant live performance from a dozen years ago with Giuseppe Filianoti, Latonia Moore and Marianne Cornetti. 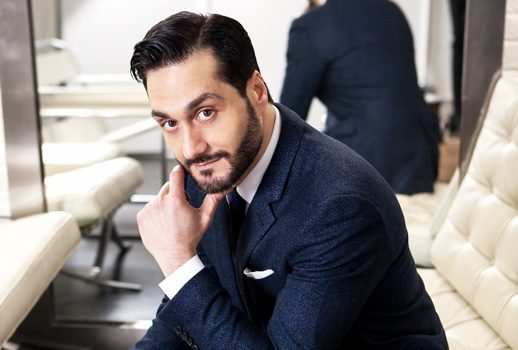 Francesco Cilea wrote that opera about which we’re going to be hearing a lot soon enough but “Trove Thursday” shares another worthwhile work of his: L’Arlesiana in a vibrant live performance from a dozen years ago with Giuseppe Filianoti, Latonia Moore and Marianne Cornetti.

Alphonse Daudet’s short story L’Arlesienne, published in 1869, was quickly transformed by the author into a play which premiered three years later. The play’s greatest claim to fame was not its text but the incidental music composed by Georges Bizet who later assembled it into a popular orchestral suite.

After Bizet’s death Ernest Guiraud (who also composed those blasted orchestral recitatives for Carmen) put together a second suite.

The play’s melodramatic plot which ends with the despaireing hero throwing himself off a cliff would seem tailor-made for verismo; intriguingly the title character never appears—at least not in its operatic incarnation.

Cilea seized on the Daudet for his second opera which was a success in 1898 both for him and the young Enrico Caruso who created the role of Federico and was the first to sing the Lamento, one of the most cherished tenor arias which Filianoti encores in today’s performance.

Cilea’s best known work Adriana Lecouvreur followed four years later but he never had much success after that despite several attempts including Gloria which was performed earlier this fall by Teatro Grattacielo.

Cilea lived until 1950 (!), spending many decades instead as a music educator.

I confess to being an Adriana fan so I didn’t hesitate to buy a ticket when Opera Orchestra of New York programmed L’Arlesiana in 2007. I thought it one of the group’s best efforts since the turn of the 21st century and it was also my first exposure to two of the three principals.

Filianoti had had a success at the Met debuting as Edgardo but I didn’t catch him in that role until he followed Marcello Giordani into the then-new Mary Zimmerman Lucia opposite Natalie Dessay.

I also heard his Ruggero in La Rondine and Mozart’s Tito but I found his best performance there was as Hoffmann, a richly sung and heartfelt interpretation, much the best to inhabit the off-kilter Bartlett Sher production. He hasn’t sung at the Met in a few years but has been branching out in roles which now include Pelléas which he performed earlier this year at the Teatro Colon in Buenos Aires.

After Moore’s lustrous Vivetta, I kept wondering why I didn’t hear more of her. It was five long years before she made her acclaimed Met debut as Aïda but even then appearances here have been few and far between—just one Met Butterfly, a few more Aïdas and several Toscas with New York City Opera.

But I’m told she’ll return as Serena in the new Porgy and Bess due next year at the Met and reviews of the production’s recent premiere at the English National Opera raved that she stole the show.

Although best know for her gutsy Verdi and verismo portrayals—I’ve also heard her as both Preziosilla and Azucena, Cornetti sings a surprisingly wide repertoire. A friend went to hear a concert of Lohengrin in Paris with Anne Schwanewilms and Klaus Florian Vogt but I remember when he returned mostly raving about Cornetti’s barnstorming Ortrud.

More recently she was Fidès in an acclaimed production of Meyerbeer’s Le Prophète opposite John Osborn which has since been released on CD.

The same friend who heard the Paris Ortrud later met her at an event and found her delightful, and he also spoke with Dolora Zajick who was seated nearby and assured me there was absolutely no discussion that evening suggesting voce di petto didn’t exist!

Many thanks to a friend of parterre box to whom I reached out in search of this performance and who graciously provided this excellent-sounding recording to “Trove Thursday.”

L’Arlesiana can be downloaded by clicking on the icon of a square with an arrow pointing downward on the audio player and the resulting mp3 file will appear in your download directory.