I think we’ve got her number

“Are we Team Guelf or Team Ghibelline?” 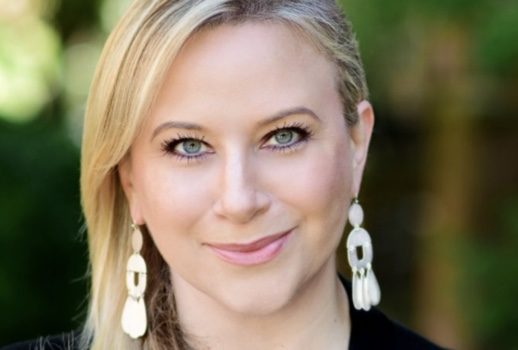 Studying the synopsis of the brief three-act opera Gloria, a friend asked me, “Are we Team Guelf or Team Ghibelline?”

Makes no difference. We’re a-swath in the Renaissance: plazas, fountains, chapels, lovers’ boudoirs done up in Oriental kitsch (cushions, carpets, poisoned goblets, the works). The scenery and costume designers were expected to go to town, folks, and the town was Siena.

There’s a family feud, and a boy from one side (Ghibelline) is in love with a girl from the other side (Guelf). She loves him and he loves she, but he don’t fit in her society. For opera, pretty clear.

You may only know Francesco Cilèa from Adriana Lecouvreur of 1902 (soon to be given its first new Met production in half a century), or perhaps from L’Arlesianna of 1897. Both of those works produced arias beloved by lovers of old recordings by Verismo stars.

You probably do not know his last opera, Gloria, of 1907, either in the original version—Toscanini, who conducted, loathed it—or the 1932 revision, a mild hit when it had Arangi-Lombardi, Gigli and the young Gobbi to put it over. Teatro Grattacielo chose the revised versionfor their 2018 offering, last Saturday night at the Gerald W. Lynch Theater.

Teatro Grattacielo likes Verismo scores, the more obscure the better, and they’ve been presenting them for twenty-four years now. They like the elaborate orchestrations of the era and, led by Israel Gursky, their orchestra usually does a decent job with them.

There are no sets or scenery, of course—these are concert performances—and the singers are not European stars as yet unknown in town, as was often true for Opera Orchestra of New York. Nor can these concerts fill Carnegie Hall: The audience for unmicrophoned vocal delight from unfamiliar scores appears to be dwindling, which to me is far sadder than the star-crossed tale of Gloria.

Gloria is lush; that’s what it is. The turn-of-the-century obsession with the Byzantine and Medieval glories of Italy (L’Amore dei tre re, La Nave, La Fiamma, Francesca da Rimini …) The scene-painting is as layered as Rossetti or Klimt at their thickest slosh.

There is a shimmering as of the carillons of distant bells to symbolize flowing fountains and spring breezes, scented choirs of maidens in the background harmonies (thanks, Cantori New York), and the abrupt martial thud of arriving troops to interrupt the slightest suggestion that the story might end happily. But the melodies are fragrant rather than substantial.

There was probably a lot of subplotting in the original play (Victorien Sardou, incidental music by Offenbach), five acts long, including an outbreak of the plague, but the librettist cut it down to basics, three scenes, and the revision excised still more. It’s only about eighty minutes of music. When originally performed, the intermissions were probably longer than the acts just to change the sets.

In the Fascist Era, the opera was a popular choice for performance in outdoor medieval venues like the Castello Sforzesco, which must have saved some money. But the opera vanished even before Cilèa did, in 1950.

The proper singers for this material no longer exist, and Teatro Grattacielo, ingenious as ever at tracking down little-known talent, suffered (as so often) the blow of a star tenor with strep throat. They dug up a tall youngster named Wesley Morgan, and he saved the day with a forthright portrayal of Lionetto.

But his excellent attentions (for which we were all grateful) did not obscure a lack of metal and some uncertain pitch and diction. Verismo tenor roles involve a sort of graceful shouting, if only to get over the sizable orchestra; they are not kind to lyric singers. Morgan was pretty loud; I’d say he had potential, when rehearsed.

John Robert Green had more success as the fascinatingly devious Bardo, Gloria’s irreconcilable brother, coloring his sinister baritone engagingly when disguised as an itinerant jewelry peddler or a Best Man with murder in mind. His bark had a generous bite. Mikhail Svetlov, the exceptional King Dodon of New Opera’s Golden Cockerel, made a strong impression as Bardo and Gloria’s father, Aquilante, sadly eliminated by an exploding shell between Acts I and II.

That left the evening’s success up to Kerri Marcinko, a soprano with a graceful sound and lyric line if not the forcible, rafter-shaking sounds of a Caniglia or Arangi-Lombardi. Gloria’s lovable confusion—she poisons a chalice for Lionetto, her lover, then changes her mind and attempts to drink it herself; she moistens his brow with Holy Water during the duet in which, stabbed, he dies in her arms—was sweetly conveyed.

Her arias, if not memorably melodious (but that’s Cilèa’s fault), were earnestly declaimed with a flowing line, well supported through a wide range. Her solo agonies and prayers were beautifully expressed, and the duets with Mr. Morgan genuinely lovely  singing of slight but attractive tunes.