The intimate perfection of her feminine allurements 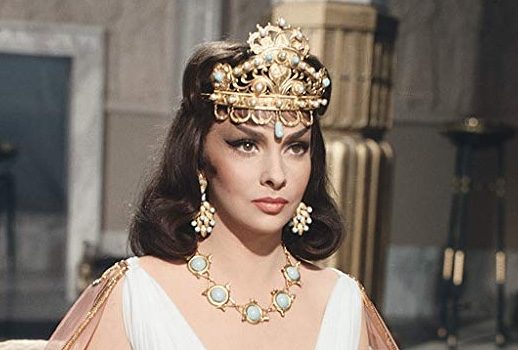 The upcoming visit of the Hungarian State Opera to Lincoln Center has been fraught with cancellations and a lack of easy-to-find information but “Trove Thursday” pitches in with a preview of one of the tour’s most enticing offerings: Karl Goldmark’s Die Königin von Saba in a broadcast with Anja Silja, Sabine Hass, Siegfried Jerusalem and Wolfgang Brendel conducted by Julius Rudel.

…until King Vidor’s not dissimilar Solomon and Sheba was released.

But New York audiences will have less than two weeks after the Met ends its current run of Saint-Säens’s opera to sample Goldmark’s long-neglected Biblical epic absent from local stages since the Met last performed it in 1906.

Goldmark never learned the Hungarian language but maintained a true but wary relationship to his native land and its musical heritage. A mostly self-taught composer, he spent much of his life in Vienna trying to fit in with the German establishment.

An operatic late-starter, Saba was his first stage work written when he was 45; it was an immediate success but none of his other six found much favor although his second opera Merlin had a brief five-performance run at the Met in 1887.

Lilli Lehmann (who also played Viviane in that Merlin production) starred as Sulamith in Saba’s US premiere at the Met during the company’s third season and later sang the title role there as well. The Met mounted a second production in 1905 but it played just one season and was never revived.

The hero’s ravishing aria “Magische Töne” is the only excerpt that has remained in the repertoire, recorded and performed by tenors through the decades from Enrico Caruso to Roberto Alagna.

Often described as showing the influences of both Meyerbeer and Wagner, Saba is a German grand opera filled with choruses and spectacle which premiered in Vienna two years before Saint-Säens’s Samson, a work which had to look to Weimar for its initial production due to the prohibition of Biblical figures appearing in the opera stage. Saba too ran into this problem when it was banned by Covent Garden.

Goldmark’s work has occasionally been done in concert; in addition to today’s performance done for Austrian Radio, the American Opera Society did it at Carnegie Hall in 1970 with Teresa Kubiak and Alpha Floyd. The Hungarian production was a success when it was unveiled several years ago hence its presence on the State Opera’s tour for a single performance on 2 November.

Those sad about missing the Paris Les Huguenots might want to check out this rare grand opera–and maybe Erkel’s Bánk Bán too!

Nothing in Goldmark (nor Gounod for that matter), however, has achieved the popularity of several other earlier musical moments devoted to the Queen of Sheba.

Königin von Saba can be downloaded by clicking on the icon of a square with an arrow pointing downward on the audio player and the resulting mp3 files will appear in your download directory.