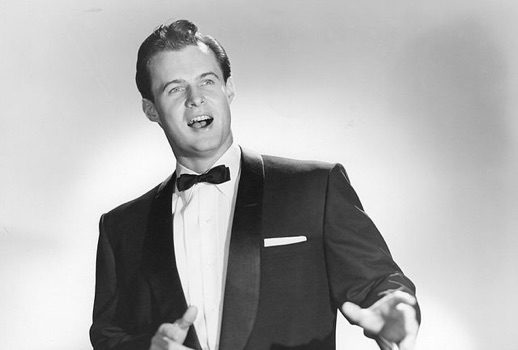 Sunday, August 26, marked the inaugural performance for the newly-created The Claude Heater Foundation with a concert performance of Wagner’s Tristan und Isolde in the Herbst Theatre.

I think it is worth mentioning here that the Claude Heater Foundation’s mission, as mentioned on the program and in their website,

is to nurture, encourage and support dramatic operatic voices, musicians and artists through developmental, educational and professional level performance opportunities. This mission fulfilled will enrich the classical music community on an international level. Through vigorous fundraising and help from sponsors, the Claude Heater Foundation works to provide the resources to produce operas, concerts and recitals in the Bay Area and abroad. Events are often in conjunction with artist exhibitions (to promote artistic expression from a variety of mediums other than music) and vocal master classes (to foster artistic and technical development of singers). Future endeavors include the planning of a vocal competition which will provide further performance opportunities and support to all types of classical singers. Included will be performances of full Wagner, Strauss, Puccini and Verdi Operas and more. The Claude Heater Foundation was started with a generous gift from the famous Wagnerian Heldentenor, Claude Heater.

It was then fitting that the inaugural season offered Tristan und Isolde, an opera that Heater was famous for. In addition, this piece made a welcome return to San Francisco, which hadn’t seen Tristan for 12 years. Somehow this performance seemed to appear out of nowhere, perhapwas just announced a couple of weeks ago. Had they made the announcement during the Ring cycle performances, I think they might have gathered a bigger crowd for this event.

It was a pity, as this was a very powerful performance, if a little messy at times. When I heard about this program, I thought it was interesting that they chose the intimate Herbst Theatre (only 892 seats) for this performance. I thought it would be too brassy to hear up close, so I purposely chose to seat in the Dress Circle.

However, my interest was mostly piqued by the announcement that Jonathan Khuner, the Music Director of West Bay Opera, would conduct this performance. After  West Edge’s successful production of Debussy’s Pelléas et Mélisande earlier this month, I was interested in hearing what the maestro had to say about Pelléas’s grander cousin.

This performance was billed as “a concert”, although it came close to being a semi-staged performance, in my opinion. A giant screen was placed above the orchestra, with visual art by Naomie Kramer. I found the rather abstract visual rather distracting, particularly because I felt she had chosen wrong color palette that went against the score.

Jonathan Khuner led the Prelude in a very slow, tentative manner that had me rather worried. But he picked up steam throughout the Prelude. At this point, the visual showed abstract motives, which I guessed to represent the reflection on the water. My biggest problem was those visuals were in bright colors (dominated by pink and purple), definitely not the hues I would associate with Tristan und Isolde!

By the time we got into Act 1, the 59-piece orchestra (based on the list of names on the program) and the smallish male chorus (placed off-stage, behind the screen) sounded at home with the score. I admired Khuner’s determination in keeping things moving forward. He pulled no punches at all, and yes, sometimes at the expense of the singers.

The visuals during Act 1 improved a little, although it was still predominantly in bright colors. During this act, occasionally the decor changed to show the sails of the ship. When Tristan offered his sword to Isolde, it showed a sword, the projection changed into a golden goblet during the drinking scene (although the goblet looked more like Christmas ornament). The most interesting visual here was where Kurwenal announced the arrival of King Marke on board, it flashed the port through a telescope.

What really helped sell to this performance to me was the supertitles by Khuner and Dmitry Murashev. This was quite possibly the most comprehensive supertitles I had ever seen; not only it included the English translation of the libretto, it also included the descriptions of the actions supposedly took place at that time! For a concert performance of an opera, this greatly helped to replace the missing action on stage, and to keep the minds of the audience from wandering

It was pretty smooth sailing during the Act 2, and here were the visuals at their most effective. During the Love Scene, it changed into the dark blue with silver dots, to represent the skylight, in tune with the music. It really enhanced the mood, and it was quite magical to see!

Alas, Act 3 proved to be rather messy. The visuals got it right this time, showing bright yellow sunlight over the old castle (as it was supposed to be day anyway). As I mentioned, this was also semi-staged, so the singers (other than Tristan, Kurwenal and the Shepherd) weren’t on the stage when Act 3 started. Isolde would arrive halfway through Act 3, and later on, Brangäne and King Marke.

However, I felt that their entrances weren’t timed well, so they were rather distracting, and one point, a singer almost missed their entry! King Marke sang his entry line halfway between the stage as he rushed towards the stage. In addition, there was a feeling of tentativeness for the singers during the scene, which was rather unfortunate. I also detected a couple intonation problems from the orchestra during Act 3, but none was really major. However, I loved the haunting solo English Horn from Laura Reynolds, which was beautiful and heartbreaking at the same time.

Moving on to the singers, I was most impressed with the Tristan of Roy Cornelius Smith. Although this was his role debut, he had the confidence of seasoned Tristan. His rather dark tenor voice boomed across the hall, and he showed no restraint at the top at all. He acted well with his expressions too; his Tristan was heroic and compassionate at the same time. I truly believed that even Heater himself would be pleased with his performance!

The long monologue at Act 3 was particularly memorable; he handled it very well. He even varied his positions; he started singing while sitting, then standing during the outbursts, and went back sitting for final scenes. It all helped his interpretation!

Juyeon Song was less successful as a lyrical Isolde; at times, she was drown by the orchestra. I’m not the best judge for diction, but even then there were times that I felt she was lacking the flow that the native German-speakers brought. This was particularly evident during the Liebestod; her peculiar pacing robbed the moment of its mage. She was at most effective during the Love Scene in Act 2, where her interaction with Smith was truly magical.

I thought it was worth to note that both Tristan and Isolde changed costumes three times, once for each act. In Act 1, he was in a black suit with white shirt, and she was in white mermaid gown. Interestingly, she was in off-shoulder bright red gown for Act 2 and he was in black suit with black shirt. (I was wondering what it was supposed to mean; that their Love Duet was red hot, maybe?) For the last Act, he lost his suit and was simply in black embroidered shirt, and she was back in the white mermaid gown from Act 1.

One of my biggest problems with operas in concert was that the singers sometimes glued too much to the score, and it affected their performances. Some of the singers here did exactly that, particularly Tamara Gallo as Brangäne. This was rather unfortunate, as she actually had a big dark voice that complimented Song’s Isolde very well. But from where I sat, her voice didn’t project that well, and it was particularly problematic to hear during Act 3.

As Kuwernal, baritone Geoffrey di Giorgio was as heroic as the Tristan, and he was certainly loud. I loved his interaction with Tristan in Act 3, he clearly depicted the banter between two warriors who cared for each other.

Fresh from his success as King Arkel in West Edge Opera’s Pelléas, Phillip Skinner brought another regal interpretation as King Marke. He handled his monologue in Act 2 very well, more of a troubled King rather than a vengeful one. He was less effective in Act 3, but I thought it was more because of the poorly timed entrance mentioned above.

And last but certainly not least, I was very impressed with tenor Alex Boyer in the triple roles:Young Sailor (Act 1), Melot in Act 2 and the Shepherd in Act 3. In turn, he sounded very young as the sailor, vengeful as Melot, and cheerful and peppy as the Shepherd, quite a feat!

The audience seemed to really love the performance, and everybody got a big cheer at the end. It really warmed my heart to see that the loudest cheer was preserved for Heater, who was in audience. This was a testament to his long works of art and his dedication to developing dramatic opera singers in Bay Area.

Despite the shortcomings, the music of the Master prevailed. I wish the Claude Heater Foundation luck for their future endeavors, and I look forward to attending the future performances!