It takes a woman

Julia Bullock revisited a few well-trodden song cycles and lieder but pointed up their hidden politics. 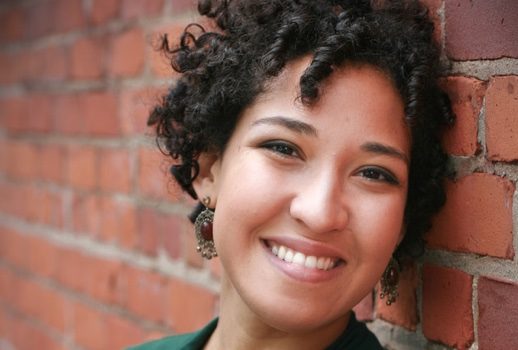 A labor of reclamation.

An art song recital that gives womanhood thematic pride of place is hardly a new invention these days. But rising star soprano Julia Bullock, who graced Weill Recital Hall Friday night with a spectacular solo show alongside pianist John Arida that limned works by Schubert, Barber, Fauré, and various jazz composers, didn’t pay tribute to women so much as she exhumed them.

Her concert, as she herself made clear, was a labor of reclamation.

“We don’t give women credit for the work they’ve done,” asserted Bullock, introducing “Driftin’ Tide,” a ballad by Spencer Williams and his wife Pat Castleton, though often credited only to Williams.

For several years now, Bullock has astonished audiences with her needle-precise sensitivity, her ability to deliver frequencies of emotion that can alter the way we hear a classic, as well as with the unusual color of her voice: plush and creamy like a mezzo’s, but with a soaring attack at the top of the range reminiscent of a young Leontyne, her clear antecedent.

Friday’s recital, however, acquainted New York admirers with another, perhaps more interesting, facet of the young artist’s identity, as Bullock revisited a few well-trodden song cycles and lieder but pointed up their hidden politics.

Four short works by Schubert at the top of the program spoke to Bullock’s prowess as a paragon interpreter of German lied, with the singer drawing the audience in close for “Suleika I,” the Wolfian “Lachen und Weinen,” “Wandrers Nachtlied II,” and “Seligkeit.”

Standing discreetly to the side of the piano in a gown of green silk, Bullock searched the ceiling for clues that might help her make sense of that chronic angst evoked by the German Romantics. Yet Bullock, who has also delivered the program on a few university campuses this month including UCSB and Clayton State, made several small lessons of the source material between sets. “Suleika I,” she explained to the audience, while often attributed to Goethe, is in fact the text of Marianne von Willemer—also female.

In the hands of an artist with lesscommunicative élan, such bookish editorializing might have appeared didactic or even a bit stuffy. But Bullock’s onstage demeanor evinces deep humility, research, and reverence for the work she presents, a quality she brought to other introspective works on the evening’s syllabus, such as Barber’s Hermit Songs and selections from Fauré’s Chanson d’Ève.

For the former cycle of songs written by medieval Irish monks, Bullock and Arida slowed the tempi slightly, lingering over the shimmery, introverted “Church Bell at Night” and “Promiscuity.”

The Barber cycle, though suffused with masculine experience, was set with a woman in mind and premiered in 1953 by Leontyne Price. Bullock was particularly compelling on pieces like “Saint Ita’s Vision,” a poignant lullaby sung by Mary to the infant Jesus, which played well to her dramatic strengths (Bullock helped John Adams premiere his opera Girls of the Golden West just last year in San Francisco), while also injecting the female heroines she portrayed with a vivid interiority of the kind that arguably only a cenobitic recluse could dream up.

In Fauré’s cycle about Eve, Bullock presented just the selections written in Eve’s voice, channeling Belgian Symbolist poet Charles van Lerberghe’s depiction of the world’s first woman as frankly as possible, in the first person. From pondering the natural realm she names—and thereby engenders—to examining her own identity, Bullock’s was a quietly feminist “Eve,” a woman who nobly chooses to die, to rejoin the natural surroundings that bore her, rather than devote herself emotionally to any one God or man.

Chansons like “Crépuscule” and “O mort, poussière d’étoiles,” both of which spoke to this choice, were particularly persuasive. “Pour out my soul/Into your abyss,” sang Bullock, closing her eyes for slumber and sending chills throughout the concert hall, “so that it perfumes/The dark earth and the breath of the dead.”

Rounding out the evening, attendees were treated to six songs that were written either by or for African-American women. For these, the soprano shifted gears at once vocally and stylistically, dropping her voice to a husky mezzo (turns out she does exceptionally well in this fach!) and dispatching torchy works that showcased both singer and pianist’s versatility in jazz, ragtime, and blues music.

Written for Alberta Hunter, ballads like “Driftin’ Tide” and “Downhearted Blues” afforded Bullock the chance to show off her blues technique, while “You Can’t Tell the Difference After Dark”—a indignant stomper about the equal appeal of women who “may be brown as a berry”—foregrounded Bullock’s signature wit.

I was particularly moved by the Billie Holiday collaboration, “Our Love Is Different,” in which the singer relates a romance that only strengthens as the lovers continue to learn about, and from, one another.

And capping the recital, a pair of Nina Simone vehicles were equally arresting: “Revolution,” a rock & roll anthem about resistance (here presented a cappella), and the shattering Jeremy Siskind arrangement of “Four Women,” for which the singer inhabited different women whose saccharine nicknames belied their respective hard-scrabble experiences.

With a recital so intent on restoring credit to the once-overlooked, one might nearly have missed the woman who deserved so much mondo credit of her own. Thankfully, the audience didn’t: Bullock left the stage to thunderous, well-earned applause.