Show business fables often involve an ambitious, if naïve, ingenue (male or female) desperate for fame.  This young wannabe finds fame and fortune: but it comes at a cost. 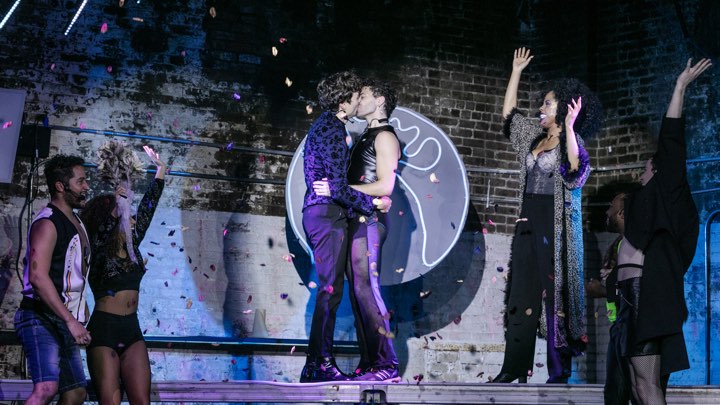 Usually romantic heartbreak, losing your bearing due to a swelled head or bad advice, losing one’s old friends and/or family while descending into substance abuse are standard plot points.  In the end the brokenhearted but now wiser ingenue chooses love and domesticity over the glitter of Broadway or Hollywood.

Taylor Trent (the chiseled and vocally gifted Coleman Cummings) is a small-town Midwestern boy who comes to Los Angeles hoping to become a star.  He is sent to Pride Studios by his landlord who wants to get Taylor a job so he can pay that back rent.  His gorgeous bod and epic posterior gain him instantaneous stardom as well as much needed work and easy money. 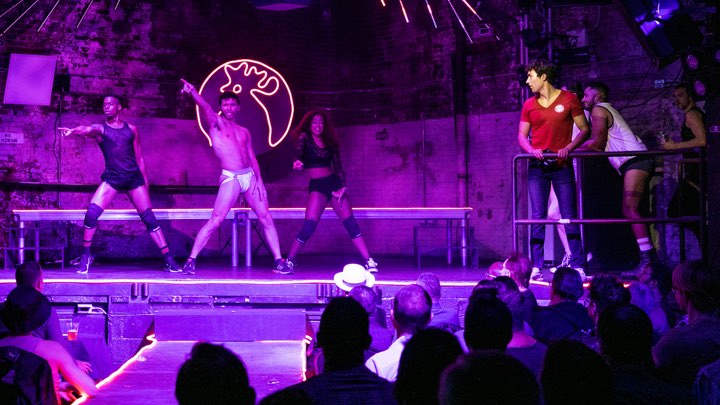 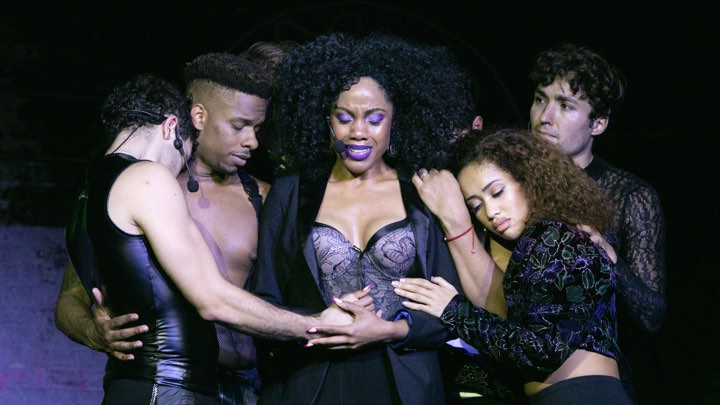 The Black Rooster Club is a large backroom/cabaret black box space with a proscenium stage which includes a convenient runway for performers to interact with the audience.  There are cabaret tables along the runway and folding seats in the back.  Director Dennis Corsi provides an immersive staging that keeps the action lively using the entire space including the sides and back of the auditorium.

Composer Thomas Zaufke and lyricist Erik Ransom (Grindr, the Opera) have provided a tuneful, upbeat pop score strong on power ballads and duets that is excellently performed by a uniformly vocally strong cast.  These performers not only look good in jockstraps and thongs but can SINGGGG!

Shooting Star had a sold-out Los Angeles run three years ago. (The New York premiere was produced by Bruce Michael Harris.) Yet the quiet and slow death of Off-Broadway means that in New York City it has been relegated to the outer boroughs.  Off-Broadway was a trial ground for up-and-coming songwriters, lyricists, directors and performers who later would graduate to Broadway.

In the golden era of musical theater in the 1940’s, 50’s and 60’s, there were off-Broadway venues and clubs which would do revues using fresh young talent where the likes of Tom Jones and Harvey Schmidt and Jerry Herman tried out new material and actors like Barbra Streisand, Tammy Grimes or Carol Channing would make waves and graduate to Broadway stardom.

However, gentrification and rising rental and running costs have made Off-Broadway a historical artifact.  It costs nearly as much as Broadway and earns much less.  Meanwhile both Broadway and what is left of Off-Broadway go for safe corporate products that cater to tourist audiences.  Creativity is lost and new voices go unheard.

Shooting Star is a diverting evening full of fun new discoveries that deserves larger audiences and greater exposure.  The story isn’t new but the youthful cast, vibrant voices and high energy performing (especially on a cold Monday night) keeps any hint of staleness at bay.

Shows continue through on December 18 so there’s still time to hop on that L train, grab a drink and catch some rising stars!