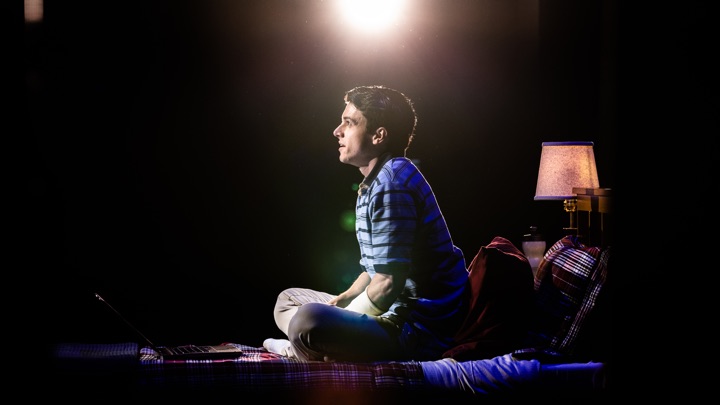 In 2016, the show opened to stellar reviews, and was instantly a special success among high school and college age students, who embraced it with their whole hearts. (I know—I taught several groups of them.)

Fast forward six years. When Dear Evan Hansen goes dark on Broadway in September, it will have been a bona fide hit, with 1,700-plus performances to its credit. The London production continues into October, and the tour will, for better or (see below) worse, go at least a year beyond that.

But the show’s reputation is now significantly besmirched, scrutinized and roundly criticized, sometimes in same publications that initially raved about it. A “gorgeous heartbreaker of a musical,” gushed Charles Isherwood in the New York Times. “A troubling work… devious, superficial” wrote Jeannette Catsoulis in… you guessed it: the New York Times.

COVID is one easy answer, and certainly that took its toll, as it did on much of Broadway. A deeper cause here, though, is the fumbled Dear Evan Hansen movie version, greeted with nearly universal derision even before it opened. From the moment when promotional images of Ben Platt—the show’s titular megastar, repeating his lauded performance on film—seeped into the media, knives were sharpened.

My own feeling is that Platt unfairly bore too much of the brunt of that criticism. Yes, his was the kind of go-big-or-go-home theatrical performance that doesn’t translate optimally to film’s close-up intimacy, and both his age and his technique were unflatteringly illuminated.

But the real disaster was a catastrophic decision by director Stephen Chbosky and his team to translate the highly theatrical Dear Evan Hansen into a realistic milieu, and to populate the film with good actors giving subdued, drably earnest performances. 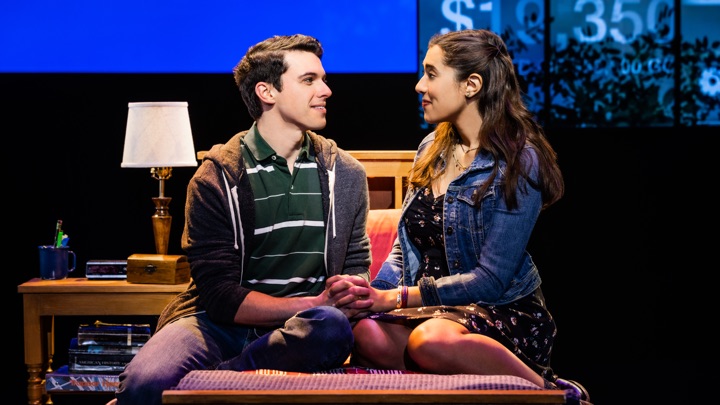 In this context, it seemed almost comical when characters burst into song, though “burst” is far too energetic a word for Benj Pasek and Justin Paul’s amiable but anemic, Indie folk-rock inflected score.

Worse, the realistic shift brought greater clarity to a story that suddenly looked highly questionable in terms of its moral center.

Google Dear Evan Hansen and you’ll find a trove of opinions comparing and contrasting both film and stage versions. I’ll simply say that from my perspective, what was glaringly exposed by the film is also wrong with the original.

Librettist Steven Levenson’s Dear Evan Hansen book about a struggling teenage boy (Google it also for the plot—I haven’t the wherewithal to summarize it) is launched by an utterly preposterous twist that any thinking person could instantly realize makes no sense.

But even if you are willing to buy it, it’s a brutal and ugly story. It might have been intriguing and effective by leaning into the harshness with something resembling a contemporary reworking of Les Liaisons Dangereuses.

Instead, Dear Evan Hansen cloaks its implausible plot in maudlin self-help clichés, culminating in an unearned sense of forgiveness and hope. Along the way, most of the characters register as little more than Young Adult fiction archetypes. 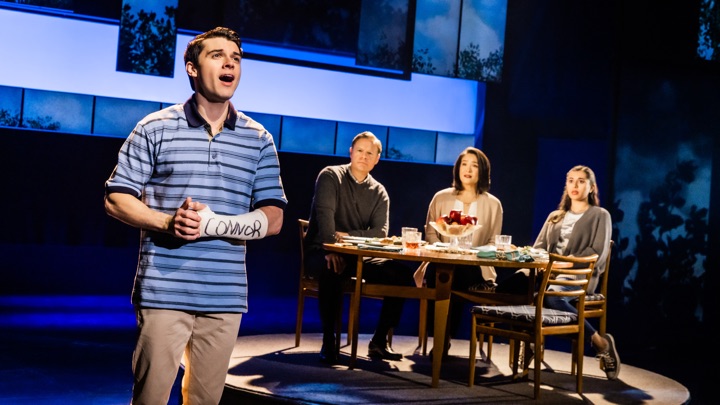 What Dear Evan Hansen on stage had going for it was director Michael Greif’s brilliantly realized staging. The interlocking scenery, lighting, and projections (by David Korins, Japhy Weideman, and Peter Nigrini respectively) lent a breathless sense of complete immersion into social media popping all around us.

The cynic in me wonders whether all this color and movement was intended to distract us from really thinking about the narrative and its inconsistencies, but never mind—it worked.

The production design remains a huge asset to the show in its touring version, and the small orchestra—seen in shadow on an elevated onstage platform—play with brio. But as seen here in Philadelphia, in every other sense, the show now has the desultory feeling of something that’s gone on too long.

A tricky thing about a touring company is that too often, the actors are fundamentally trying to recreate a performance that was built around another actor’s presence and skill set—suppressing their own qualities to deliver a facsimile of the original company. As various family members, Lili Thomas, Coleen Sexton, John Hemphill, Alaina Anderson, and Nikhill Saboo seemed to be going through the motions without fully engaging in them.

As Jared, one of Evan’s unctuous collaborators, Pablo David Laucerica was better, though he seemed far too old and knowing for a high schooler. But only Micaela Lamas as Alana, another pal of Evan’s who is really out for herself, put a strong personal stamp on the material.

It is, of course, Evan himself whose presence essentially makes or breaks the show. Anthony Norman, motor-mouthed but fresh-faced and smiling, looks less like a troubled high schooler than a Mouseketeer on Adderall. He elicits a mass metaphoric audience hug rather than the uneasy feelings of concern we should have.

If Ben Platt did too much in a performance so committed and detailed as to be mannered, Norman doesn’t do enough. He has something similar to Platt’s distinctively soft-grained and plaintive vocal timbre, but he was frequently caught awkwardly in the register breaks, and often sang out of tune.

Opening night of a two week stop at the Forrest Theatre was well attended by an appreciative audience. To me, though, the end is nigh. Dear Evan Hansen: Tomorrow is not going to be a good day.